Conscious Evolution
A+ A A- 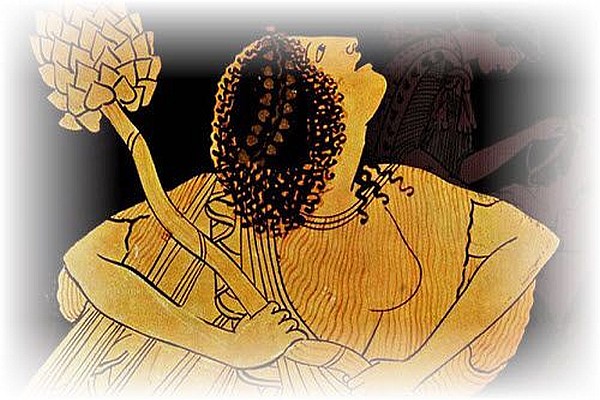 I’d like to share another instalment of the I-Sight adventure, so if you haven’t already read that initial article then you might want to click the link to catch up. Recently, a small forest has appeared to replace the blindfold of hair that masked my seer’s eyes.

As always with my visions, I’ve been moved to research the symbolism of this link between trees and the third eye. I find that Source often gives me clues in this way, deliberately placing a tantalising clue that invites me to dive into deliciously curious questioning. It’s a sort of spiritual detective work; so much more fun than just downloading a complete thesis! The first thing that came to mind was a connection I already know of between the third eye and the pineal gland in the very centre of the head.

The pineal gland is, in fact, shaped like and named after the pinecone. It sits at the geometrical centre of the head (directly behind the point on the forehead where the third eye chakra is located) and is closely linked with our perception of light, modulating our circadian rhythms and the production of melatonin. In her writings, Madame Blavatsky suggests that humans used to have a physical third eye on the back of the head but that over time this gradually shrank smaller and inwards to become the pineal gland.

In many cultures the symbol of “enlightenment” is a pine cone, seen on the top of staffs carried by deities. In ancient Greece and Rome this implement was called a Thyrsus and was often depicted in the hands of Dionysus and his Satyr and Maenad followers. The staff of the Egyptian god Osiris is topped with a pinecone, and Hindu deities often hold a pinecone in an outstretched hand. It’s even made its way into the Catholic hierarchy’s regalia and the central design for a fountain in the Vatican.

The pinecone is also often shown accompanying an evergreen tree, leading to the theory that perhaps the pine cone is the fruit of the tree of the life. Certainly the spiral sacred geometry of the cone reminds me of the flower of life symbol. In evolutionary terms, because the pine tree is one of the most ancient plant species on the planet, the cone was in fact the fore-runner of the flower form.

This would make sense of the pine cone representing fertility, health and growth as it seems to do with many deities. Of course, the image of the pine cone-topped staff corresponds beautifully with the human spine, up which the fiery kundalini energy ascends through the chakras to the head centres where it awakens god consciousness. Perhaps there is a suggestion here that we ourselves are the tree of life? In the teaching of the Kaballah, the sephiroth of the Tree of Life are positioned on the back of the human body to give a blueprint for accessing the divine self. 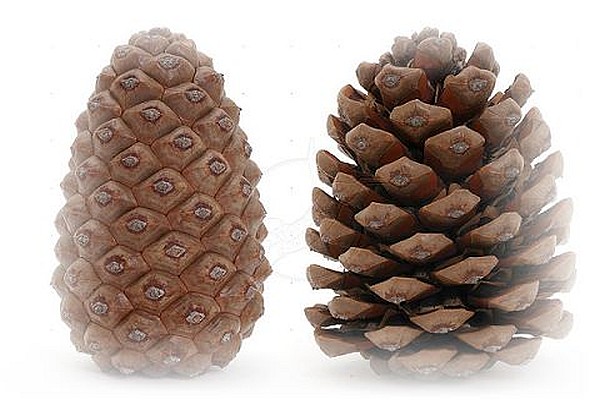 There is scientific speculation, although no concrete proof at present, that the pineal gland produces DMT which is a chemical with hallucinogenic qualities. Is this the cause of the mystic’s ecstatic visions and dreams perhaps? The cone that topped the Thyrsus sometimes dripped with honey, which hints at the release of a divine substance that could transport followers into the heavenly realms of bliss. It’s hard to know just how much our ancestors really understood about the pineal gland, and it’s all too easy to project our current knowledge back into the past. Whatever the truth, it’s fascinating to contemplate these mysteries.

As ever, though, it always comes down to finding my own heartfelt wisdom in what I experience on the spiritual path. In seeing a forest at the third eye of my visionary seer, I’m reminded of the need to be well-grounded with strong roots like the trees so that I can anchor the wisdom seen and absorbed through my third eye into the lower chakras and so into physical reality. The evergreen trees are a symbol of that aspect of reality viewed from higher consciousness and indeed that aspect of me that does not fade or die with my physical form, but is immortal and everlasting. The forest urges me to seek out the wild and the untamed places, and also the dark and shadowy spaces, within and without so that I may more easily connect with my true essence and nature and illuminate all of it with awareness and understanding. The followers of Dionysus certainly knew the value of that with their reputation for wild, abandoned rituals that touched on madness, and I’m named for his mother Semele!

Using the vision of the one eye, I-sight, I see and know that I never stand as a lone tree, but am connected with all life around me. Whatever I may be shown by my Higher Self, I must remember that it’s given for the benefit of all and not just for my personal betterment. I think that’s what speaks most to me now as I actively find ways to contribute to my new community. As we evolve on the spiritual journey our desire for personal development gradually gives way to an impulse to assist humanity and all living beings. Maybe that’s where true ecstasy lies – in a world where we’re all seeking and working for the greater good of each other.

Semele Xerri
Semele Xerri is a psychic intuitive Tarot reader, spiritual healer and teacher, and Reiki Master Teacher. To find out more about her and her services, go to her Welcome page.
Credit: here

We have 3044 guests and no members online