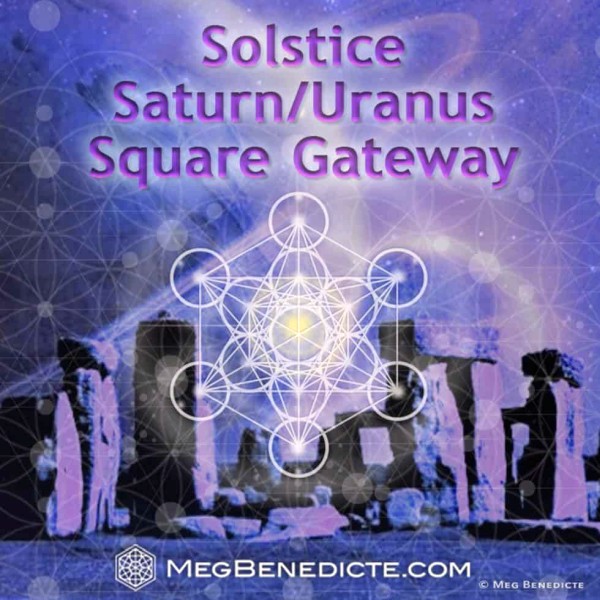 It is just hours till we celebrate the shortest day of the year, the annual Solstice activations on Tuesday, December 21st at 3:59 UTC (7:59am PT). It is the sacred day we welcome the return of Light in the northern hemisphere. Much has been unlocked since the 12:12 gateway was opened directly to the galactic center at 26° Sagittarius. The Solstice initiates a new season at zero degree Capricorn while the solar system is aligned with the galactic center at zero point.

On this day we mark the ending of an old era and the beginning of a new cycle, a new season and a new era! When we connect to the 12:21 gateway, we are in the still point of universal balance. As we gather together with AA Metatron, let’s spread zero point balance into all the sacred sites, into the crystal grid, into the stargate portals and into the collective field. We have much to be grateful for during yuletide, as the world is awakening and shifting into higher consciousness.

Just days later the dominant astrological event of 2021, the Saturn-Uranus square, reaches peak power on December 24th. Saturn represents established tradition and the past, while Uranus symbolizes innovation and the future. As Saturn and Uranus square up, the old ways are being shaken and challenged. We see clashes between outdated systems and rapidly changing solutions. The Old Timeline (Saturn) is decomposing under the pressure, as every level of society is being overhauled in the New Earth Timeline (Uranus).

With Saturn at 17° Aquarius squaring Uranus at 17° Taurus (the larger planets in fixed signs) we can expect some cosmic fireworks plus continued revolutionary changes in society.  We cannot attain freedom of Uranus without applying Saturn’s discipline and self-responsibility. Let’s direct all the fiery rebellious spirit into forging a new world of peace, harmony and connection.

Join other Light Bearers, Gridworkers, and Star Beings from all around the world, as we gather on December 21st for Metatron Activations during the final Solstice gateway of 2021. The show is recorded for replay. If you would like to participate, register here.

+ - Credit Click to collapse
Copyright (c) 2021 Meg Benedicte * All Rights Reserved * You may copy and distribute this material as long as you do not alter it in any way, the content remains complete and you include this copyright notice.
Source Here
back to top
Tweet