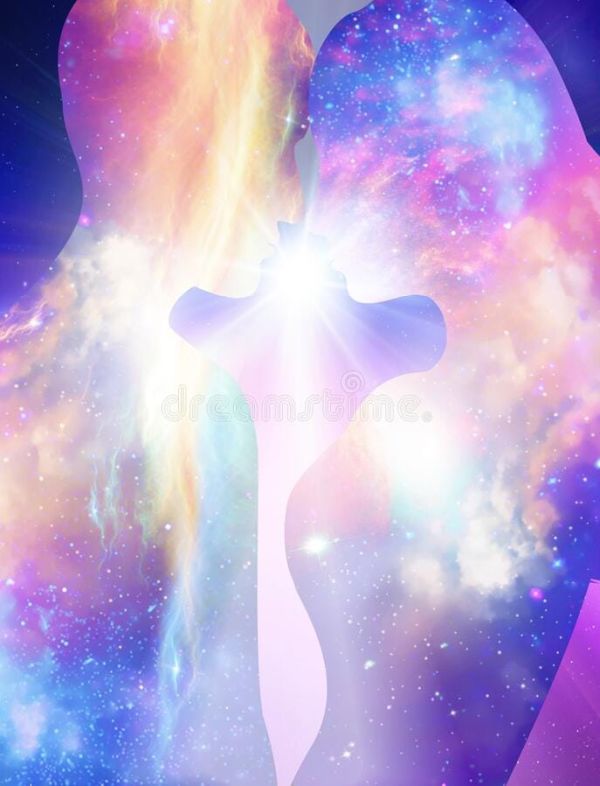 With the Kryst/ Christ coming into full embodiment, we are activating our multidimensional DNA and Androgenous Albion, or Christos-Sophia/ Krystar SAphiRA Lightbody and Merkaba fields and that of the Planet.

The following is an expert from Ascension Glossary that explains a little more as to why many use the word Kryst instead of Christ and what Jeshua, or the Christ, actually stands for, which is Kryst-all-in-e Consciousness. As the Forerunners that are starting to fully embody this Consciousness now, our multidimensional DNA is coming quickly online, and with it also our true memories and the Cosmic history records, The Emerald Tablets that we hold within our own Blueprints. This is also connected to the Divine Union activations and completions and powerful Emerald Ray and Heart Grid Activations taking place, which are fully opening of The Hall of Records/ Emerald Tablets/ True History Records that the Dragon and Maji Grail King's and Queen's, hold within their Blueprints.

The base twelve Universal Androgynous Merkaba fields of Christos-Sophia are called the Kryst-Krystallah and they make up the instruction set for all Merkaba fields within all the timelines and densities throughout the Universes. The twelfth dimensional Merkaba field spiral is the Kryst male principle that is generated on the outer fields by the internal Krystallah female principal spiral that is generated from the Aquamarine Holy Mother Arc principle in the 13th Gateway. The 13th Gateway is the Aqua Portal which opens the Neutron Window that leads into the Seven Higher Heavens through Andromeda. The Kryst-Krystallah Merkaba fields have a gender fin alignment that instructs the direction of the starting position for the rotational spin of the top and bottom Merkaba spirals, for the male and female that build the Ascension Vehicle.

The twelve-dimensional Avatar Christos intelligence sets the gender fin orientation of the Krystallah Merkaba spiral and determines the alignment for the gender polarity spirals in every dimension. Think of the Gender Fin as the bottom and top tetrahedron that make up the six-pointed Merkaba star. There is a male principal Gender Fin (Tetrahedron) and female principal Gender Fin (Tetrahedron) that regulates the starting spin points of our Merkaba spirals, and then starts to merge and unify them into sacred union or Hieros Gamos. When we communicate with our Avatar Christos-Sophia intelligence and build our 12D Shield, eventually we rebuild the mini Merkaba spirals which start to align how our male and female internal energies will start to spin to help unify and build our Merkaba vehicle. By uniting our inner male and female, undergoing the process of Sacred Marriage or hierogamic union and obeying the Law of Gender, the natural process of communication links with Christ Consciousness begin to build the Merkaba fields.[1]

Previous to the Atlantean Cataclysm, each of the groups of the angelic human 12 Essene Tribes were entrusted as Guardians of a section of the Emerald Founder Records, which held extensive consciousness knowledge about the star origins and genetic template information that was recorded on 12 holographic discs.

All 12 genetic components of the 12 Tribes hold one strand of DNA code for reassembling the crystal gene for the Diamond Sun body or Silicate Matrix, which is key coded to activate the 12 layers of the planetary stargate system. This provides the means to contact our higher Stations of Identity as spiritual bodies, and to connect with the conscious living light and sound frequencies in the holographic matrix. The instruction sets to rebuild and reassemble the 12 Strand DNA pattern, are held in the genetic keys found in the Cosmic Kryst-Krystallah blueprint which makes up the 12 Tree Grid manifestation template.

Through the individual and planetary spiritual ascension process that takes place during several root race evolution cycles, the integration and healing of all 12 levels of DNA coding through its genetic components potentially unite and merge to form the complete Silicate Matrix. These dual forces of polarity, male and female, are designed to spiritually integrate and synthesize within the angelic human body while naturally evolving on the ascending earth. As a result of the forces of alchemy and energetic synthesis made between inner and outer layers of these multidimensional consciousness forces, the spiritual embodiment of the original 12 Strand DNA of the Diamond Sun Body is then made available to the planet and humanity through DNA assembly. Thus, ascending individuals are gradually repairing and regenerating their DNA template, so they are able to open and move through stargates safely.

The Diamond Sun body represents full consciousness freedom for an ascending human being, in which the Inner Christos is fully activated with the flowering of the Sacred Crystal Heart. As a result, the spiritually ascending human is able to transmute their consciousness out of time and into Zero Point, moving through stargates into another location. Therefore, they are free to leave the prison planet, freed from the enforced Mind Control and reincarnation cycle occurring in the lowest density of earth.[2]

Base 12, Natural Order of Christos Blueprint

The divine blueprint which holds the original intention for the natural order of consciousness evolution within our Universal creation, is encoded in the base 12 mechanics of the Christos Blueprint. At a cosmic level, this same open-source architecture is referred to as Kryst-Krystallah, the unified masculine and feminine consciousness energy that exists in perfect harmony and balance within organic creation. The base 12 Universal Androgynous Merkaba fields of Christos-Sophia are also referred to as Kryst-Krystallah architecture, as they make up the instruction set for all Merkaba fields within all the timelines and densities throughout the Universes.

Thus, the term Christ or Christos used in this context is not denoting the individual being referred to as Jesus Christ, as taught through the world religions. Christos extends way beyond all meaning associated with planetary consciousness and actually describes the state of eternal Cosmic Consciousness, the title given to a free Cosmic Citizen. [3]

My own additional comment would also be that we came to unplug the whole Artificial Matrix, freeing ALL, as ALL IS ONE! No more prison planet, this experience/ experiment stops now! The end of suffering as all was part of the inverted Consciousness that has created all of this, now being fully Reset.

Ramona Lappin:
Divine Love, Explorer of Consciousness, Reprogrammer, Visionary, Guide, Energy & Sound Healer, Mummy.
All of my transmissions are encoded with Multidimensional Ascension keys and codes that are intended to assist you on your journey.
Source

We have 3777 guests and no members online