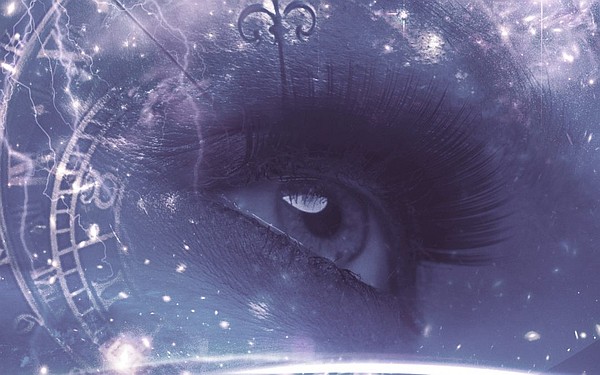 Last November I dreamed of a dog running down the street with his muzzle taped shut. I tried to get him to cut the tape to allow him to pant and drink water, but I woke just as I caught him. It was so disturbing that I just cried at the helpless feeling I had.

The next night I dreamed I saw the same dog but he had parents and lots of dog toys. I looked at him and said, “Good! You have someone to love you”. He jumped on me and says “No I don’t.”. I woke and told my husband who says “Let’s see what day 3 brings”.
The next night I dreamed that the dog was in an old warehouse and I went up to him and told him that if he wanted, I would find him and give him a home. I also told him the ground rules of no pooping/peeing in the house, no digging, no chewing on stuff that was not his, etc etc. He agreed to it all (he lied btw lol) and I told him I would find him. I woke and told my husband that we had a dog coming to us.
Three weeks passed and I would check in periodically to see if he is was at the local shelter. It was 2 days before Thanksgiving and my middle one was home and we were discussing the possible dog when she hopped online and pulled up pictures of dogs. I saw his face, his terrified look and then tapped in and heard that yes, our dog had made it to the shelter.
We adopted Charlie at 4:44 pm and 22 seconds. I couldn’t believe those numbers on the form from the shelter. He had arrived from another state that day. They said he was 3, but he has grown since we got him, so they were wrong. He was all puppy.
We brought him home and it was a rough adjustment. We all had to figure each other out. He had what appeared to be behaviors that mimicked Reactive Attachment Disorder that I saw in our foster children from years ago. It was as if he was constantly doing things to see if would get rid of him. We found that he needed tremendous attention and through that love, he has flourished. He has become an absolute treasure. He is a playmate to my youngest child, a mountain biking and trail dog for my husband and for me… well… he’s my boy. Yet, there are times when sadness, insecurity, and pain cross his face. Or the times when he gets so worried when we are gone that he has dog anxiety attacks and surrounds himself with an item from each of us.  I asked spirit numerous times if I could perform a soul retrieval and was told no, it was not the time.
One day while the house was quiet and it was only me and the pets home, I walked out into the hallway and looked down at him as he morphed into the white dragon off of Never Ending Story and then as I’m staring in disbelief he changed again to the green of Pete’s dragon. I got it then, his soul is a dragon, a water dragon, here to help balance energies and protect. This life as a dog has not always been easy.

At the time Charlie came into our lives my youngest was struggling with anger. She was so full of fire and she struggled expressing it. She was having nightmares and bouts of frustration. We just couldn’t get her to share what was causing such anger. Acupuncture helped, but what really helped was Charlie. He would do goofy things to make her laugh and he would sleep by her side all night. Within weeks her anger was under control and she was finally able to express what was bothering her and that allowed us to address a situation at school with a boy constantly picking on her.

What I understand now is that Charlie being a water dragon helped to cool her fire. The universe provided exactly what we needed, we only had to listen and be willing to accept how the help came… in the form of a dog. It is really amazing when I think about how easily I could have ignored the dreams, talked myself out of taking on another dog, or not seen the dog as the blessing he is. It really hit home how we really are being assisted, we just have to trust what we get and act.

On the full moon in August, Charlie lay on landing to the stairs I sat next to him to give him loving and heard – it is time. During the soul retrieval, I saw that as a young puppy he was locked in a crate for many many hours and then punished when he went to the bathroom in the crate. I saw where he would get too rambunctious and be thrown back into the crate even though he spent most his day there.
I was shown that the couple who had him, separated and the woman left and took a piece of his heart with her. I then saw that he got lost or ran away and was on the streets. I saw how people threw things at him or kids chased him. I saw that he was cold and hungry and lost. I then saw his fear of being in the shelter and even his fear of losing us and that fear has brought great sadness and anxiety.
As I was journeying to get his soul pieces he laid with his head on my lap, very content. As I blew his soul pieces back into him, he looked at me with such love and clarity.  The words “Open, Forgive and Forget”came through me and as they landed onto him he turned into a blue dragon for the briefest moment, showing me his true form, his soul.
Those words really struck me… as it is what we all need to do:
Open beyond our fears
Forgive it all
Forget it as if it was another lifetime.
The next two weeks we experienced behaviors we had not seen since we first brought him home. He was insecure all over again. I would sit with him and tell him that he is safe and loved. I would whisper into his ear to the soul pieces that were integrating within that they could trust us, this home, and that he was indeed adored. Thankfully with TLC, understanding and lots of visits to nature he integrated nicely and we are now seeing his love for us without that layer of sadness and fear underneath.

It reminded me of how we heal. We are such onions, we peel back a layer at a time. Each layer gives us an opportunity to see things from a different perspective and to choose differently. We can allow that same old wound, that same old fear, to keep us in the same old loop. Or we can give ourselves the deep self-love and understanding we need, time in nature to release, and the gift of opening beyond our fears.

The energies and planet alignments are bringing up all those old fears and wounds that need to be released. We may see them being shown to us “out there”, in our incessant thoughts or the anxiety of the body. It is asking us to heal them once and for all by opening, forgiving and then forgetting it so that it no longer creates our current reality but rather feels like lifetimes ago.

My youngest really hit it home for me when she said

“Hey mom, you know how in the fall the leaves let go? (referring to leaves falling from the trees)
That’s when they finally get to fly.”

May we all have the courage to let it all go so that we can fly.  I hope this message finds you well and seeing the miraculous in these energy waves even as we get caught in the surf.

Much love to you all,