Our Quantum Entanglement
A+ A A- 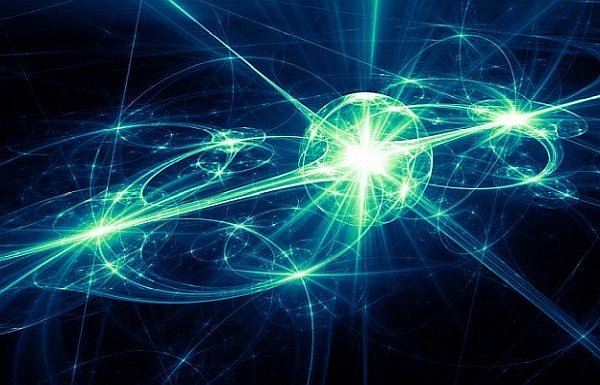 The other night I felt the need to journey. It felt like I was being called into the realms, but I wasn’t sure where I would be going. I decided to take a bath with the lights out to create a sacred, soothing place to explore. As soon as I allowed myself to go I found myself walking in a town, a guide approached and she told me that we were in Jerusalem.

She led me to a home that had a secret wall that opened to steps that descended into the earth. At the bottom,  there were tunnels and I knew immeditately that I was in a very sacred place where initiations were held

I was brought into a room where the largest demon I have ever seen was standing there looking pleased to see me. I was a little shocked and confused but I also trusted the experience and my team. I was told to touch the demon and when I went up to it I realized that it was solid black yet my hand went right through yet no light could have gone through such density. I understood then that it was a shadow.

The demon told me that it is the personification of everyone’s shadow. The personification of what we have hidden deep within us, things we have knowingly shoved down, but also things that we may not be aware of. He explained that if each person were able to forgive themselves and others there would be no shadow, nothing to personify.

Just then it was as if everything I had done that caused me guilt or shame was put up on a display board. I could see the entire event replay like rewinding a movie. There were things I had thought I had forgiven and removed from my form. While I had forgiven on one level I understood that on the deepest level I had not.

I was shown where I was 11 years old and I had just been beaten pretty brutally by my mother. I was crying and angry and I went outside to go sit with my dog. As always she was very happy to see me. She too had a pretty crappy life on a chain and was essentially just as helpless to the world as I was.

She was racing around me in joy and I got caught up in the chain and I hit the ground hard. I got up and was furious. I started yelling and hitting her. What made me stop was that she didn’t make a sound. Not a whimper, not a whine. She just took it.

I knew at that moment that she was mirroring me. I had learned early on that if you screamed and cried you got hit harder. That if you lost your footing you would be kicked when you hit the floor. So I learned to stay still and just take it with as little emotion as I could muster. It was how I survived.

I saw myself in this memory falling to my knees and hugging my dog asking her to forgive me. She covered me with kisses as if nothing happened but I knew I had wronged her greatly. She was my one true comfort during those years and to hurt her was terrible.

Back in the journey, I was asked if I was ready to fully forgive myself and others. I was shown these cords coming from my being that either brought energy to me or where I had sent energy through it. It showed me the true web of life. Our connection to ALL things, the Quantum Entanglement between ourselves and everything.    They showed me that every time I judged another person for harming an animal I judged myself as I had not forgiven myself. Likewise, every time that another person judged someone who hurt an animal I too was taking in their judgment.  They showed me the quantum entanglement and how we are each connected and how every time we judge someone or ourselves we are taking it in. You can imagine how this could affect someone’s vibration, their health, and the ability to accept who they truly are and become empowered.

It was explained that to completely free ourselves we cannot hold unforgiveness of self or others within our form. This is a difficult thing to accept as we often misinterpret forgiveness with condoning the behavior or giving the behavior permission. This is not the case at all.

I was also shown that through those same cords that bound me with judgment I could also receive and give love. So I began to send deep unconditional love to the part of me that abused an animal and to everyone that had ever done the same. It was as if it changed the polarity of the quantum entanglement.

This story is very personal but I knew I needed to be open and share it because we all have to understand this quantum entanglement. We have to understand that we can keep ourselves trapped by constantly receiving judgment for things when we have not forgiven ourselves. We have to see that when we heap judgment on another that it does not go to just the person you are judging but to anyone, anywhere that has done something similar to any degree. We also have to understand fully that we can use our Quantum entanglement to everyone and everything to uplift others by giving love to ourselves and others.

I spent considerable time looking at each of the things displayed on the board during that journey. I forgave myself, I loved myself and I sent love to anyone who had ever done anything similar. It was grueling, exhausting, and really freeing.

When I completed the last memory on the board I turned to the demon to find that he was no longer there. And what was in its place was a beautiful being a shining light.

So I challenge each of you to take a good look at yourself. What’s underneath? What needs forgiving? Who needs forgiving? Can you love yourself so completely and then send love to others so that you can set yourself free? If not, why?  Really allow the current energies to assist you in uncovering what has been hidden and swept aside. It is not easy, but it is necessary.

Sending you all lots of love. Thank you to all who share this work. It truly means the world.

We have 1456 guests and no members online