The 8/8 Lions Gate, The Sacred Year And The 8 Points Of Light

The 8/8 Lions Gate, The Sacred Year And The 8 Points Of Light 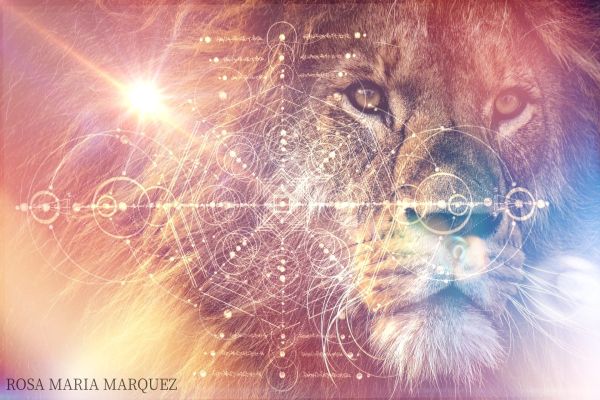 Ever since we exited the 3rd Dimension and began the Ascension and Transformation process, there has been much talk about Time.

We have recognised that Linear Time, the time form associated with the 3rd Dimension, is no longer adequate to describe 5th Dimensional and Multi-Dimensional experience on Earth.  Many people point to the “end of time”, as though we will exist in a time free kind of void.  However Archangel Michael teaches the concept of the Sacred Year or the Galactic year, in which Time is an aspect of the spiral creative journey of the Earth in relation to the Sun and the Stars.

It is this spiralling movement through Space that creates SpaceTime and provides the platform for Creation and Manifestation and for Growth and Expansion of the Soul.

So, Archangel Michael explains that there are 8 Points of Light that calibrate the Sacred Year’s Spiral, and that these are under the guardianship of the Star Lions or Royal Lions.  These Lions are powerful Angelic Beings whose function is to be the guardians of the TimeSpace portals for the Earth on her journey through the Stars.

The Sirian Star Teachers taught the ancient Egyptians that the Earth was like a boat or a ship that moved through space.  The Neters (Gods) were the navigators of the “Boat of Millions of Years” as Earth was called.  Now, with the Ascension and Transformation of Earth into the New Earth, we as New Earth Human Angels have become responsible for the “voyage” of the ship on its spiral journey through the stars.  We have become Star Navigators for the Earth, and of course, for our own journey through TimeSpace.  We do this by working with timelines/spirals and portals, and we create time as we create and manifest our lives, both collectively and as individuals.

The Sacred Year Begins on the 26th of July with the Galactic New Year.  This time was Sacred to both the Ancient Egyptians and the Mayans, who were connected to the Galactic Pulses of Light.  At this time the “Lions Gate” portal in Leo begins to open, reaching its apogee at the 8/8 on the 8th of August.  This is the major Time Gate of the Sacred Year, guarded by the Lions (Star Lions) of Yesterday and Tomorrow.  These Lions ensure that those who pass through the portal are not attached to the past or the future, but are creating with a focus on the Now or present moment, or zero point.  The Time spiral that is launched at that moment will carry the Earth collective forward for the next Sacred Year.

The four Seasonal Portals are the 2 Solstices, when the Earth changes direction in relation to the Sun, and the two Equinoxes or Balance points.

These 8 Points of Light create an 8 Pointed Star that is a symbol of the Earth’s relationship with the Sun and with the Golden Light of the Christ Consciousness, which is the Highest level of Consciousness that our Sun is radiating to the Earth at this time.  So the 8 pointed star is associated with the Solar Avatars Mary Magdalene and Yeshua as embodiments of the Feminine and Masculine Christ Consciousness.

Higher waves of Consciousness are also available from Stellar and Galactic Sources, such as the Platinum Ray and the Diamond Light.  These also assist us on our journey of transformation on the Earth.

So, as we move into the New Earth Reality and as we look for new ways of celebrating our journey through TimeSpace that are not distorted and linear and attached to forces that drain our energy, we will come to celebrate the 8 Points of Light of the Sacred Year.

This is why the Lions Gate is so important.  It is that moment when the Earth aligns with Sirius and Leo, and when a new cycle of TimeSpace unfurls for us to manifest and create together as Master Star Navigators. We need to choose to be in our highest consciousness and centered in our Heart in order to cross the threshold with grace and ease, and move to a higher octave of experience.

Those who do not cross through the gate either continue to circle at the same level or “devolve” to lower timelines and almost appear to go backwards in time, replaying old dramas because they cannot move forward.  That is why it is so important not to be distracted by the dramas of fear and anxiety that tend to play out when there is an important Portal.  They are designed to keep people from moving forward and upwards onto new cycles of evolution and creation.

As we approach Lions Gate it is essential that we remain focussed on what we want to create and experience in the coming cycle.  Remain in a peaceful and loving and creative frame of being, and you will transit the Portal and navigate through there Stars on your Journey of Being and Becoming!

If you would like to learn more about the Lions Gate, you are invited to join our 5 part webinar series and share with our Community of light.
Click here for more information.