The Collective Spiritual Influence The Year 2018 Is Promising Us

The Energy Of The New Earth 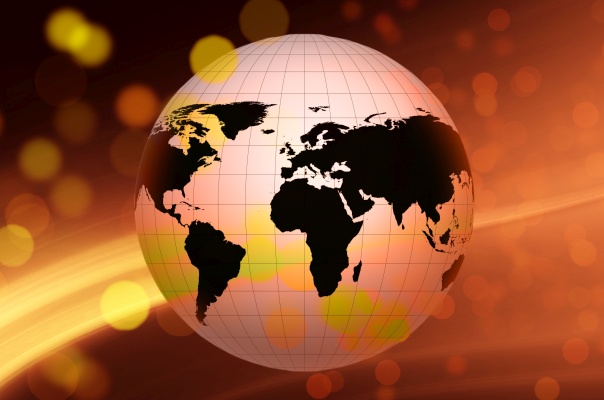 “What makes this time (1950 – 2070 approximately) special is that there are two different cycles of consciousness coming to an end: a personal cycle (or a set of personal cycles) and a planetary cycle. The completion of these cycles coincides, so that one reinforces the other.”

From “The Jeshua Channelings” by Pamela Kribbe

When we think of Earth, we may see a beautiful blue planet floating through space: a sphere of matter orbiting the star we call the sun. A beautiful image, but also a view of the Earth from a materialistic point of view.

In reality, the Earth is much more complex than that. It is a multidimensional system that allows for its inhabitants a wide range of experiences: parallel realities exist in this system, dynamic interactions between past, present and future. And, above all, we can discover ourselves, our inner infinity.

We as humans do not have just one past, one timeline to which we are bound. It is better to compare us to a tree that has many roots: in the present, where we are , many timelines converge. The multidimensional system that is the Earth makes this wealth of diversity possible.

Here we can experience unity, peace, beauty and love. Also hate, violence, anger and ugliness. The Earth system gives room to experience duality to the fullest; and yet we are constantly reminded of the oneness that unites us all. After a dark night full of fear, we can still enjoy a beautiful sunrise. Every flower here reminds us of the higher realities.

People here are able to create beautiful music, but also to start pointless wars. The special energy of the Earth gives us the space to realize both possibilities. It is this special property of the Earth that makes the experience of being human fully possible.

That Earth is now beginning a new cycle makes us ask: “What does this mean for us, its residents?”

A new cycle: a higher energy

When a human or other being starts a new cycle – and therefore has completed an old cycle – a higher vibration arises. A higher vibration means that consciousness is approaching the source, and has a stronger experience of beauty, truth and the unity of life.

The Earth is in such a new cycle. This shifts the experiential space that the Earth offers humanity upwards. At the top, cosmic unity experiences, and connecting to higher realms, become more possible than ever before. At the bottom, extreme dualistic experiences are becoming less and less possible. Events such as starting a cruel and pointless war are then no longer possible.

For the average person’s experience, this means that we are reaching a turning point.

At the moment in this world, we usually experience division. It is only when we meditate or are in nature that we experience a sense of unity. The experience of division is primary, the experience of unity secondary. This is going to turn around: the consciousness of oneness will become primary.

This has a number of consequences, of which I would like to mention a few.

The above issues are of course global developments. What do they mean for the individual person?

Psychological consequences for the individual person

It is of course nice that, as a person, you grow along with the changes that the Earth is going through. But that is not a certainty. For people who are stuck in duality, that is even impossible because they are unable to let go of the belief in duality. If they can no longer experience that duality on Earth, they will seek out other realms of experience in the universe where they can, and leave Earth.

Of course there are also people who will effortlessly go along with the growth process of the Earth. These are people who have completed their personal cycle and are ready to embrace the unity consciousness. They are now engaged in lovingly integrating all their past lives, and understand that perpetrator lives are also part of that. That is why they say ‘yes’ to their own shadow and no longer project it onto others. This is how the duality ends for them: there are no more enemies, no conspiracies. From this awareness arises a deep sense of connection with everyone.

Many people are in between the two groups. What will they now experience from the change of the Earth? I am not referring to concrete events, but to the psychological process that will take place.

Duality arises when we think from fear. Often that is fear of our fellow man. For example, we are afraid that others, perhaps people who look different or speak a different language, will want to dominate us. To prevent that, we need an army. And when we have an army, those others we fear must have one, too. Preferably an even bigger army: the start of an arms race. Sooner or later a war will start, often ‘preventive’: after all, it is better that we strike first before someone else does, because they cannot be trusted.

As long as we don’t face our own fears, our own shadow, nothing will change; then we are stuck in this duality consciousness. Fear always divides the world in two: us versus them, or what we fear. Love transcends this and makes everything one again: connects with the other and connects with reality.

Right now, as the Earth is in a shift, it has consequences for people who are still very much in duality. The space to experience duality is diminishing and will eventually disappear. As this space is now shrinking, people who strongly believe in duality are increasingly trapped in a bubble. Before, their imagined enemies were far away and often somewhat abstract, now they are coming closer. Now they are family members, friends and neighbors: they are seen as misled and are therefore no longer to be trusted.

Of course, support is then sought from like-minded people. However, they don’t find love and friendship with them, just more duality, which only amplifies the fear and paranoia. The bubble becomes even more detached from the light.

It is important for outsiders to realize that someone living in such a bubble, however impossible and hostile he or she may behave, is essentially suffering and unhappy.

The essence of bubble psychology is this: as the bubble shrinks, duality thinking increases and becomes downright paranoid. Suffering also increases. People who live in such a bubble make that bubble very big and important, because the smaller that bubble looks, the more important they see themselves.

This suffering eventually becomes so great that the bubble is abandoned. This can happen when people inside the bubble experience that people outside the bubble no longer appear to be bad or wrong. Humanity, love, then wins over paranoia. Another possibility: life is somehow abandoned. In either case, the bubble disappears from the Earth system, never to return.

The Earth is thus reducing the areas of experience in which duality can be experienced at this time. They become, more and more, small dark bubbles that finally burst like soap bubbles. The consciousness in the bubble then chooses love, or it leaves the Earth system.

Ultimately, when all those bubbles are gone and humanity as a whole embraces the unity consciousness, the new Earth has become a reality.

And what about evil?

The basis of the belief in duality is the existence of evil. That is what duality in the end is: good versus evil.

When you say that all is one, you are apt to deny the existence of evil. After all, one is good. And the fact that there is evil is, of course, hard to digest.

However, if all is one, this does not mean a negation of evil, but a denial of evil outside of us. Everything is one actually means: everything is in us.

When everything is one, everything is in me, and therefore evil is also in me. To say that all is one is therefore not a denial of evil, but an invitation to face the evil within ourselves – our shadow – and to take responsibility for it: to no longer place it outside of ourselves.

Look at the culprit in you and love him. We find inner peace by letting the perpetrators and victims in ourselves meet each other in the loving space that we are.

And this is the space that the new Earth is offering us.

This is the difference between a human and an angel. The man of the new Earth is an angel who has experienced and been evil. He therefore has a deep understanding and a deep love for all who are still struggling and suffering in duality.

Do not be afraid to become that Angel incarnate: look at your shadow and say ‘yes’ to it.

Translation by Maria Baes, Frank Tehan and Pamela Kribbe - Edited by Frank Tehan
© Gerrit Gielen 2021
Permission is granted to copy and redistribute this article on the condition that the URL www.jeshua.net is included as the resource and that it is distributed freely. E-mail:
Source Here
CrystalWind.ca is free to access and use.
Please support us with a small gift of $11.11 or $22.22 or $33.33.