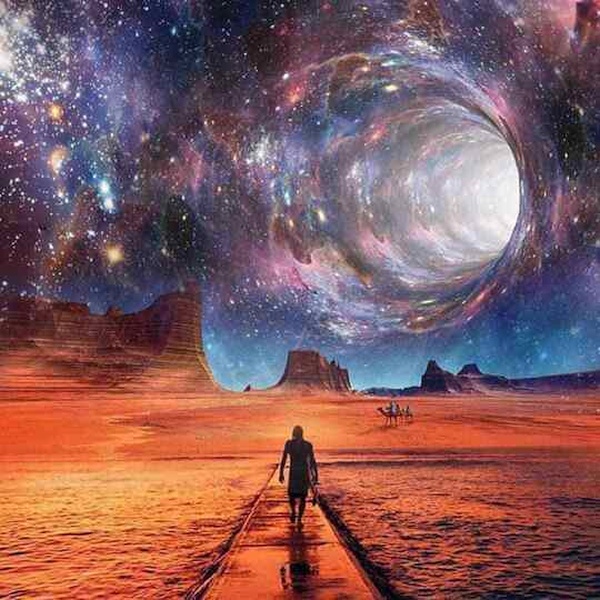 The divine announcement of thousands of years will be announced and nothing will be the same in the evening as it was in the morning. On an ordinary day in space-time, the forces of Light will come out and will be made visible to all who see and audible to all who hear. This will be the reality to those who are already vibrationally open.

On an ordinary day, the media will still spread lies, the financial mob and politicians will twist it all. You will hear a Heavenly sound that will put an end to all the chaos. On an ordinary day, it will come so fast even those that are prepared will freeze.

On an ordinary day, the World change will happen and all the underground facilities and safe guards put in place to save the Elite will not be reached.

On an ordinary day, the Earth will be covered in silence and the people of Inner Earth will take over for a short period of time until the enlightened, inter-dimensional beings of space appear. A holographic, blissful reality will begin.

On an ordinary day, the Guardians of Earth and the Masters of many worlds, angels, archangels of creation will show in the sky. Many people will be suspicious because many will not be able to distinguish between the Light from the shadow realms.

On an ordinary day, the veil between the Worlds will be lifted and everyone will find themselves exactly where they chose to be. Time will be bent and discarded until the timeless being is achieved.

On an ordinary day, all TV stations will be reporting on this Event. The Airwaves will be taken over by the Light and deceptive agendas will be squashed and the lies of the rulers will be told and in that moment the chaff will be separated from the wheat.

On an ordinary day the unprepared, the ones who resisted will be frozen in fear pleading for help to understand this Event, this is why many of you are here. You are the ones who chose to step forward with the Guardians of the Worlds.

On an ordinary day, everything will end which you knew so far, and for those whom neither trust nor serve the Light, everything will remain the same. Those who are just mindless slaves to the Dark forces will continue the reality of slow dying. Meaning, they will remain and continue to live in a 3D vibration.

On an ordinary day, you who are ready shall Ascend and be expected by Heaven. (5D) Many of you will go through a rebirth, resurrection will be accomplished for you who have voted for the Light. It is time for us to become the masters in our own house.

We have 756 guests and no members online