April Wave and Three Years of Unity Meditations!
A+ A A- 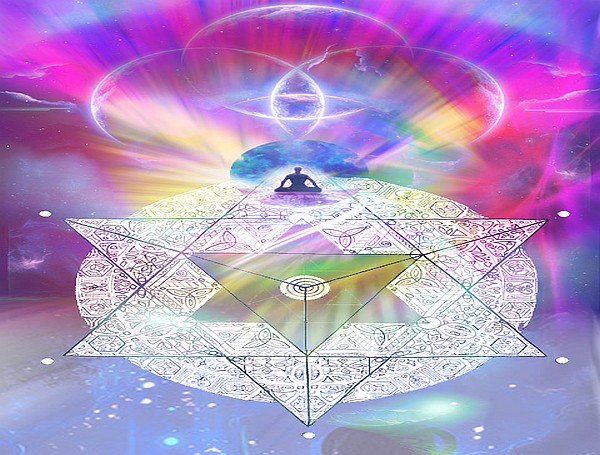 As a result of the rebirth of the triadic identity of Solar Consciousness forming into a rehabilitated and functioning Solar Logos for our Universal Time Matrix, grid conflicts have ensued as attempts are made to regain control over timelines, while placing an increasing iron grip over access to ascension related information. The newly rehabilitated Solar Logos triadic identity has met with completion and connected into the Earth body through a variety of Stargates and interdimensional portal systems. This provides the means to heal Soul fracturing and perform mass Soul retrievals for the Earth and humanity. This event provides amazing support and spiritual strength to all on the Christos Mission, as well as trinity wave energetic support for the planetary grid network. This event is perceived as a direct survival threat to the NAA.

There are many subtle force reconfigurations occurring at the quantum level of the planetary mainframe that are changing the way the external and collective energy fields organize and manifest into the world. This has shifted the way the original human race blueprint relays its intelligent information into the collective consciousness fields of earth. When the collective fields shift in this way, it means there has been a frequency shift in the collective agreement that impacts the overall consciousness evolution on the planet, therefore, the Timelines Shift.

As current Timelines Shift, this also shifts the coordinate location and energetic contents of the past and future timelines existing on the earth plane, all at the same time. There are powerful infusions of plasmic light and new time codes that are filtering onto the earth.  As the Sun transmits new cosmic intelligence, the transmission of the Solar principle greatly influences the earth body, and therefore influences the behavior in the collective consciousness of humanity. Currently, the pressures are high to synthesize the pairs of opposite that exist in the world of forces, to evolve beyond the lower density black substance that has been buried in the collective consciousness fields of the earth. A lot of that black substance has been manifested into timelines from embedded alien architecture, which imitate the Mother’s creation principle, and is what the dark entities tend to hijack. The building up of pressure in between these opposing forces and groups is reaching its peak, which is bifurcating or splitting apart timelines.

The new timelines are to transcend the previous histories of alien hybridization and the destructive victimizer programming that has been installed in the lower collective consciousness. These new timelines are similar to an airplane runway that is designed to help bridge the current reality of the earth (that is the result of the accumulated energies of the past destructive histories with NAA), to connect with the higher reality potentials of the divine human on the future earth. We are on the runway that leads to our higher reality potentials in the future timeline now. Not everyone is on the same timeline. Try to remember this fact to help bring greater comfort, when experiencing intense, sudden and spontaneous life altering changes that are more likely to occur during this time.

As Timelines Shift, it changes previous Trigger Events recorded throughout history, and thus, has a chain reaction that changes future memories in the ancestral and genetic code of the planetary tribal identities. The planetary architecture is transmitting the ancient history of humanities true origins from the Ancient Builder Races, as the original instruction set is transmitted from the awakening Albion body. Our species memory goes much further back before the seedings of the planetary tribal identities. This informs the collective consciousness field and other nonhuman species, that humanity did not come from the Annunaki or other off planet races, or those races that were involved in genetically modifying and cloning the human genome in the past. The Albion and Cathar body hold the Holy Father and Holy Mother Principles in the earth. As these bodies gradually unify, they are releasing more original coding into the collective consciousness fields, which contain the true identity of the Ancient Builder Races or the Guardian Host. This event directly changes many of the histories and timelines that are recorded upon the earth.

These recent transmissions have set up new future time vectors that impact locations and coordinates recorded throughout time, and thus, it shifts the individual and group consciousness timelines. Some of the group consciousness timelines undergoing radical shifts are connected to the planetary tribal affiliations, refugee races, and the Fallen Melchizedek infiltrations in the Hibiru and Essene tribe hosting history. The Fallen Melchizedeks were being run by Luciferian Imposter Spirits through the Victimizer Archetypes, used to control others through the False King of Tyranny belief systems. Some of these tribes or races have to make amends with the earth people, as a result of their participation, which resulted in the genocide and Blood Sacrifice of earth groups, and subjecting them to the servitude of Fallen Angelics.

We are being transported through Timelines, as the opportunity is given to us to transcend our limitations by seeing our unhealed issues that keep us tethered to the lower energies in the 3D timelines. As we are being pushed rapidly through old timelines, it can feel that we are being pummeled with the dark energies of past obstacles, but it is important to recognize why this is happening, and to not give up. Many of these dark obstacles are held in place by Fallen Angelics. We have to face them and see their painful emotional theme, in order to ask of our heart what we may have bargained away, in an effort to not see the larger truth. If we can get to that deeper theme of truth, we will see the causation and dissolve the energy, which then ceases to be an obstacle.

Now we can reach higher points of transcendence, elevating us to rise above these dark obstacles that previously manifested as blockages in our highest expression and purpose. In order to access the resources available to help transcend old timelines in limiting situations, we must be willing to put forth the effort and time to heal ourselves, see the core of the truth in the matter, and forgive the past patterns in order to release them. As we reaffirm our spiritual connection and dedication to practicing unconditional love and unconditional forgiveness, we are able to transcend many of the obstacles and Miasma that accumulated between lifetimes, directing healing and transcendent energy to other identities, while healing aspects that may be trapped in other timelines.