Understanding More of the Dimensional Fall 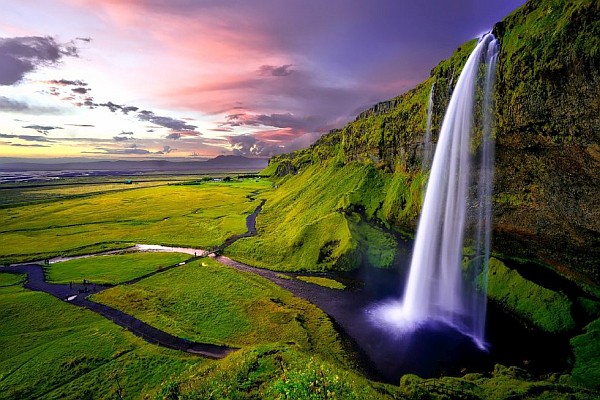 I have felt the pull to go to Mesa Verde for a few years now. This year the universe made sure that I went as our annual family reunion was planned for this area in Colorado. I could feel the importance of me going even though I wasn’t able to understand why. As soon as I sank into the energy of the area I was met by a group of ancient star beings that worked with the Puebloans. The Puebloans are the forefathers of the Hopi and other tribes. They showed me that they held the codes of not only Lemuria but first life on earth.

The morning of the day that we were to spend at Mesa Verde, I was asked to send healing and codes of remembering to all that wanted to receive. Whenever I receive a request like that, I know that I’m in for something very special. We arrived at Mesa Verde and began the long drive to the top. It was raining and I was given permission to use the platonic solids to create an opening for the work that needed to be done. I was told that I couldn’t move the clouds or the rain as it would be needed for clearing. I was however able to create a space of no rain for me to do my work, which was awesome.

We arrived at the Sunset house, fire temple and the Cliff palace overlook. I dove into the energy and the beauty. I held a small drum ceremony and began working with the star beings that had experienced a  life there so long ago.  We worked together to send energy and healing to all that had accepted the invitation.

I was shown how each person was put into a healing frequency bath that assisted in clearing their field of distraction and layering that comes from many incarnations on this planet. Once a person received clearing to the level that is appropriate for them, they were then lifted out of the healing bath and set upon their path. The energy was one of full potential. I was amazed and grateful to be part of the experience.

I could feel the people that lived there, the sense of community, the connection with nature spirits and the earth. It was magical. It held the energy of what so many of us have been able to remember from Mu and Lemurian lifetimes.

When it was time I thanked the star beings for assisting in the healing and created a container for it to continue. All that would give permission in the future would also be able to receive this healing. In fact you can tap into the space right now and receive, simply request and then receive.

We continued on our journey and landed at the Sun Temple. The energy was convoluted, layered and a little unsettling. As soon as I walked onto the place I was again met with star beings who said “Do you know why the sun was so revered? It was food. It was rejuvenation.”

I was shown the image of the ancient people being led by the star people to do what they called an “unlocking ceremony”. The ceremony would open them to receive the sun and the sun would then feed their cells. Not only did this nourish their bodies but it helped them remember exactly who they were, where they came from and why they were there. It was amazing to see this vision and understand that we are headed back to this time of complete communion with the Earth. The star beings were there assisting those that incarnated in to form. They helped them learn how to manage and heal the physical. They were our teachers, our friends, our family. They were not seen as gods or superior.

Then I was shown what I can only describe as a dimensional fall. The vibration of the Earth and all beings on her fell drastically.  I was shown that the star people left. They were carried off in ships as the frequency of the Earth was no longer one that they could live in. It was time for those in human form to experience what they came in to learn within the matrix.   There was sadness as the star beings left and yet there was also the hope that all the “seeds or codes” that they planted would one day be accessed during the Great Return. It is these codes that we are accessing now as we return to who we were before the dimensional falls.

After the star beings left the people continued to feed from the sun by remembering the ancient ways and ceremonies. I was shown that while it still assisted it was not as powerful as before and people needed to supplement their nutrition in other ways more and more. The sun too had fallen in frequency and could no longer feed them in the same way. Just as the human form had fallen and could no longer simply live off the sun. The form was too dense.

The more time and generations that passed after the dimensional fall, the more the ancient ways became legends and the star beings were thought to be gods. As Life became harder and harsher, man moved further and further from the heart and deeper into fear. Beliefs came in that the gods had been angered and that their favor must be won again.

I was shown how the Sun Temple became a place of sacrifice, particularly of the young and pure. I could feel the fear, the pain, and the desperation of the people. As this layer exposed itself I experienced a headache and nausea. Other empaths in my party felt very similar. The lives sacrificed , the grief and the pain, generated power that went to lesser, denser beings that promised reward and ease.

I then opened up a portal to help clear those energies. When it was done and the portal was closed, we heard a bird sing and realized that we hadn’t heard any birds prior. It was as if all of nature was holding its breath. The rain then began to pour, cleansing the earth even more.

What I experienced here, the layer of joy and recognition and the layer of darker energies can be common at sacred sites.  At the base layer is the purer energy and intention. Then there are layers that hold the energy and imprint of the denser human and fear that came in as humanity fell in density.

The more I dove into the darker energy at the site the more I came to understand about the fall of man and the importance of this Great Return. Even today there is sacrifice taking place that feeds a lower energy. Sacrifice does not have to look like killing in the name of a lower god, though it can and still does. It can also look like anything that pulls us away from our true nature, our true knowing and away from our heart space.

As I experienced these visions and the energy, I felt incredible compassion for all of us. This Earth experience has not been easy and with the increased density we became layered with fear.

Now is the time to unburden ourselves from where we have sacrificed ourselves. Where we have allowed ourselves to become disempowered by fear of our survival. The lesser gods are still wanting a sacrifice, but we do not have to participate.

We have a choice, the seeds/codes are there to remind us of who we are and our power. Our job is to un-layer all that keeps us small, in fear and in lack and then we RISE.

Our star families are waiting with open arms to walk with us again.

I am sending you all lots of love and strength as we go through this time. May we stay in our heart center and become one with ourselves more and more each day.

We have 1776 guests and no members online