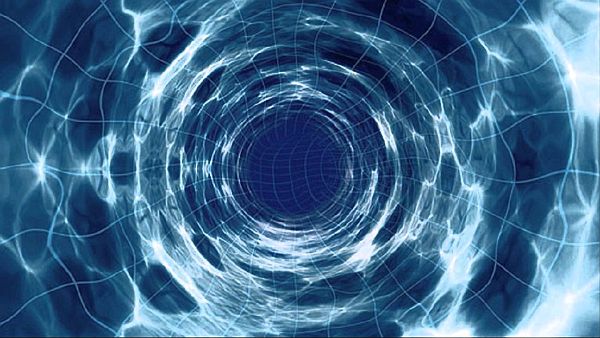 As of this writing (January 2017), the John Titor/TimeTrave story has been with us for 17 years (and arguably much longer).  And, putting it mildly, the discussions surrounding those 17-year old posts continue with almost unabated momentum.

Why? Why do the posts of an anonymous person(s) of nearly two decades old continue to garner such discussion and passion?

My own observations show that Humanity is obsessed with our limited field of view of the world around us. We are incessantly and unceasingly asking: “What will tomorrow bring?”  I challenge you to turn on your television set to watch any ‘news’ program to see what I mean by this.  Defined objectively, ‘news’ of the day is supposed to tell you what happened in the past.  But as you’ll soon notice, these programs very rarely are reports of what ‘happened;’ but rather are scripts of what talking-head marionettes and their puppeteers want you to think will happen.

Another example of our collective temporal obsession is our longstanding fascination with clairvoyance, tarot, astrology or other similar sooth-saying techniques.  Again, this desire to know the results of a future battle or who our future true love will be stretches back millennia; any aboriginal tribe invariably employs a witchdoctor to scatter bones or read tea leaves.  Will there be rain? Will there be a bountiful harvest? Will we win our next battle? Humanity has always wondered and fretted about what lay over the temporal horizon and, it would appear, that fascination has not abated for thousands of years.

The internet’s fascination with TimeTravel_0 (aka “John Titor”) is no different and likely endures for much the same reason; we are curious about what tomorrow’s weather will bring: cloudy with a chance of nuclear annihilation. Nearly two decades ago, TimeTravel_0 provided the online community (and its posterity) with a variety of predictions, some of which have come true.  And it is this “some of which” that keeps the online community riveted and constantly poring over the TimeTravel_0 posts in search of some “cryptic clue” that might define for them tomorrow’s events.

The interpretation of these ‘cryptic clues’ is to the John Titor discussion as throwing chicken bones or reading tea leaves is to a gypsy.  Trust me when I tell you that I am frustratingly exhausted of this term and the inevitable online gypsies who are more than ready to interpret them for anyone willing to listen. They know, literally, nothing.

I have a suspicion that if the posts contained no accurate statements whatsoever, then it is highly likely that they might have fallen out of the public’s view and been relegated to exist with the other false prophets of doom and gloom that we have seen over the years. But this is not what we have observed, not by a long shot.

But, as it happens (happened/will happen?), TimeTravel_0’s statements have been shown to contain elements of truth and accurate predictions.  My small book project, Conviction of a Time Traveler, took on the task of identifying some (surely not all) of those accurate statements made so long ago.  And, because of these identified accuracies, the TimeTravel_0 posts have taken on a new relevancy now that much of the evidential work has been provided for anyone interested enough to open their mind just a hair.

So why are the Titor posts generally relevant or important?  Certainly not because the information is clear and unequivocal.  Bur rather, for the same reason that the weather report on the nightly news is relevant or important: The posts feed the very human need to glimpse the unknown future, reassure ourselves that everything will work out just fine and that we will survive our unknown tomorrows. I might even go so far as to say that the Titor posts remain relevant because the originator(s) of those posts knew/will know and understand that Humanity lives in a deep and ever-present fear of that unknown. As a salve to that fear, the TimeTravel_0 posts provide a quick and mildly distorted glimpse into our foggy and probabilistic future. And we, as Humans, willingly grasp at any straw that might assuage or otherwise lessen our fear of the unknown.

Of course, this cold comfort is not the cause for the posts, it is merely one result.  I believe I have discovered the underlying cause and actual purpose for the posts in my continued research into the ‘time travel’ question, but I will leave that discussion for another time.

What is truly remarkable in all of this is how the Titor-verse views the posts.  In spite of TimeTravel_0’s predictions of apocalypse, nuclear attacks, irradiated food supplies and martial law, the general public actually prefers this outlook to an unknown future!

Stated another way, people generally prefer to believe or want to believe a complete and violent disruption to their entire way of life rather than live in the uncertainty that it might rain tomorrow.

Perhaps there’s a lesson there for all of us?

But is there an argument for why the TimeTravel_0 posts are relevant now in 2017? Haven’t many of the events that John Titor predicted already passed with nothing to show?  Statements such as:

I have found that those who make the statement, “Titor missed two predictions, so he is a hoax,” pay undue attention to these two statements while paying absolutely no attention whatsoever to the evidence provided in 2010 through research done for them.  If I provided you with 10 reasons why TimeTravel_0 is likely real and also provided 2 statements which contradicted that conclusion, how do you make your conclusion then?  One could argue that 10 pro reasons are greater than 2 con reasons, ipso facto, the pro argument wins by 8.  But this assumes that all pieces of evidence are weighted equally!

Over the years I have seen many, in their march toward debunking-at-all-costs, artificially over-weigh the two con arguments so as to overwhelm the pro argument where a single piece of con evidence trumps any and all arguments for Titor’s legitimacy.  (This, in my view only highlights the caliber of the con argument and its proponents altogether)

what if I told you that the pieces of evidence are not weighted equally?  What if I told you that the two pieces of con evidence (the two Titor statements that are tied to specific years) are wholly misunderstood which reduces their evidentiary value supporting the con argument to zero?  This invalidates the con argument completely, leaving only the pro argument to win the day.

To put it succinctly, anyone who focuses on those Titor predictions with years attached only show themselves to be ignorant of the true and actual purpose of those statements and the posts in general.  I will be exploring this in the update to Conviction of a Time Traveler, but suffice it to say that there is more to these proclamations than meets the eye.

Because the evidence exists (per Conviction of a Time Traveler, to say nothing of what’s coming!) that shows that Titor was likely a legitimate ‘time traveler,’ why shouldn’t we be paying attention?! Are you honestly saying that you can observe evidence that ‘time travel’ is likely real and happening now and you don’t feel some inclination to take the implications of this revelation seriously?  Why? Because you didn’t see it on CNN or Fox?  If this is the case, then how disconnected and jaded have you become? Is nothing worthy of your attention? Or is it perhaps that all you’re interested in is plumbing the TimeTravel_0 posts for an easily thrown away prediction or two? If that’s all you’re after, you do yourself a disservice and are throwing the baby out with the bathwater. Perhaps a good palm reader might be more your speed?

At the end of the day, the TimeTravel_0 posts don’t lose their validity because two statements have been shown to be demonstrably false, but because TimeTravel_0 made them anyway and couched them among so many other statements that were shown to be demonstrably true.  Your mission now is to explore the idea that the Reality that you once thought that you understood is much more interesting than you ever imagined.

We have 1060 guests and no members online