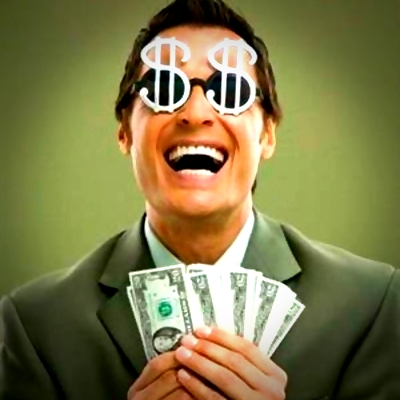 This NY Times article by Sam Polk is the best article I’ve read to date about Wall Street. It begins:

“IN my last year on Wall Street my bonus was $3.6 million — and I was angry because it wasn’t big enough. I was 30 years old, had no children to raise, no debts to pay, no philanthropic goal in mind. I wanted more money for exactly the same reason an alcoholic needs another drink: I was addicted.”

The article goes on to reveal an inside look into perhaps the most pervasive and unchecked addiction in our culture … one with enormous ripple effects but so lauded by so many people that not a single support group exists for it. Yet. Please click here to read this insightful and eventually inspiring article by a former hedge-fund trader and the founder of the nonprofit Groceryships.

For anyone who has any additional questions about what wealth addiction looks like, here’s an article about Larry “pull it” Silverstein, owner of the World Trade Center buildings who conveniently took out huge insurance policies for terror attacks just prior to 9/11, ordered the controlled demolition of the mildly burning Tower 7, collected a cool $5 billion from insurance … and who … twelve years later just as American Airlines emerges from bankruptcy, has decided to sue the airlines whose plane supposedly crashed into his towers, because, you know, $5 billion just isn’t enough.

“Instead of donating even a penny to the 9/11 first responders who were told they would be fine while inhaling toxic substances only to be denied healthcare for their chronic conditions, Silverstein says that he simply hasn’t been relieved of his ‘economic’ loss that suffered after 9/11. Even after receiving around $5 billion from his insurance company following the destruction of the World Trade Center buildings, he says that he needs another $3.5 billion to line his pockets. An additional 3.5 billion that brings the total to 8.5 billion, which airline attorney Roger Podesta says will be 2 1/2 times the fair value of the fallen buildings.”

Can you say, “Junkie?” Details here.

“The U.S. incarcerates more people than any country in the world. …25 percent of prison inmates in the world are locked up in the U.S.,” [source] many for addictions or bogus drug related charges. Just curious when we will begin to see some “time outs” for some of the most damaging addicts on the planet … some of whose institutions also happen to be laundering vast amounts of drug money from CIA drug running.

I wonder how the world will change when these people get off the sauce and start moving through the 12 Steps of Wealth Addiction:

1. We admitted we were powerless over money – that our lives had become unmanageable.

2. Came to believe that a Power greater than ourselves could restore us to sanity.

3. Made a decision to turn our will and our lives over to the care of God as we understood Him.

4. Made a searching and fearless moral inventory of ourselves.

5. Admitted to God, to ourselves and to another human being the exact nature of our wrongs.

6. Were entirely ready to have God remove all these defects of character.

7. Humbly asked Him to remove our shortcomings.

8. Made a list of all persons we had harmed, and became willing to make amends to them all.

9. Made direct amends to such people wherever possible, except when to do so would injure them or others.

10. Continued to take personal inventory and when we were wrong promptly admitted it.

11. Sought through prayer and meditation to improve our conscious contact with God as we understood Him, praying only for knowledge of His will for us and the power to carry that out.

12. Having had a spiritual awakening as the result of these steps, we tried to carry this message to wealth addicts and to practice these principles in all our affairs.

“I wonder” is a very powerful phrase. I wonder when more wealth junkies will take the plunge to the rock bottom that leads to freedom. May it be so.

As with alcoholism, so with wealth addiction:

“Individuals that are involved in peer-groups of the Alcoholic Anonymous 12 steps program don’t think that quitting drinking is easy.

“They believe that it takes a large amount of willingness, a change in attitudes and acts on the alcoholic individual’s part to successfully be able to make a positive change in their life without alcohol.

“This change is achieved through the involvement of four individual phases which can be seen in the list of the 12 steps above. These phases are….

“An admission on the alcoholic individual’s part that they indeed have an addiction to alcohol and need to abstain from alcohol.

“Submission of the alcoholic person’s will and life to the power of God or a Higher Authority.

“The act of restitution with individuals that the alcoholic has harmed in any way.

“Spreading the message of AA and the 12 steps and principles to achieve each of the above, providing each person with a healthy alcohol-free life and the ability to help others.

“Recovering alcoholics continue to live by the 12 steps in order to stay sober. The reason they continue live these principles is to learn a new healthier, happier and freer way of living, while removing various alcoholic behaviors that may be in their way.” [source]

Addiction is a spiritual disease. When we, as a society, recognize the disease of wealth addiction instead of aspiring to and rewarding it, we can stage our own intervention and begin to heal. Stop waiting for angels and aliens to save us. We need some self-respect and self-responsibility, along with partnering with the Divine:

Change beings with serenity, but it also requires courage and wisdom.

We have 1526 guests and no members online