How To Stop Redecorating Hell 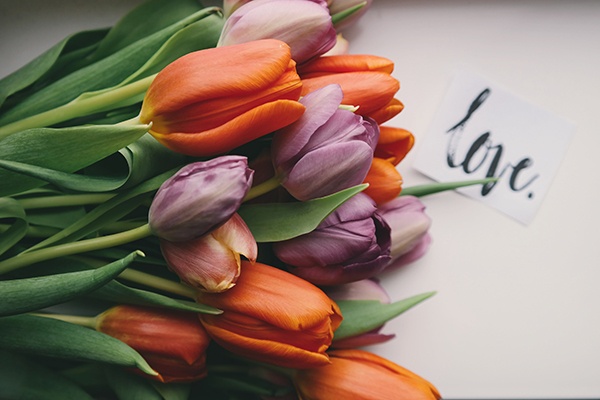 I’m taking this weekend off and sharing a story inspired by my friend, Louise Hay, back when we were working on our book, You Can Create an Exceptional Life. I find this to be a lesson worth revisiting.

Don’t break a habit, dissolve it.

My husband Michael and I were on our way to the Wizarding World of Harry Potter in Orlando, Florida, with our good friend Ileen. The three of us were attending a conference in the area over the weekend, which would also allow me the chance to meet with Louise. We’d decided to sneak off and spend the day entertaining our inner kids before the conference began.

It had been a long drive, and we were almost out of gas-literally and emotionally. We’d gotten a late start after waiting longer than expected for the rental-car paperwork to be finalized, and there were now only a few short hours left before the park closed. When Michael, Ileen, and I finally arrived, we drove through the gated entrance and attempted to follow the directions to the parking lot. The signs were confusing, and my husband and I briefly argued about which way to go. I pointed in one direction, hoping that I was right, and no sooner had Michael made the turn, it became obvious I wasn’t. So, with eyes ever mindful of the empty fuel tank, we were led back onto the highway, heading away from the park without a turnaround (or gas station) in sight. At this point, Michael and I were pretty pissed at each other, but we were too polite to act out in the company of our friend.

The tension of unspoken anger hung like a heavy drape between us as my ego firmly grabbed hold of the situation.

I know I pointed in the right direction, but the signs were confusing. If Michael had paid attention, we wouldn’t be in this mess. He always waits for me to make decisions. Why didn’t he just make the choice himself?

On and on my mind went, mentally chewing the situation to pieces. I was absolutely convinced that I was right. Meanwhile, I knew Michael well enough to understand that he was busy kicking himself for not trusting his gut and taking the turn he knew he should have taken.

Ileen, smart gal that she was, was stone silent in the backseat, patiently waiting for us to unravel this mess.

As I sat there fuming, I thought of Louise and the conversations we’ve had about choosing good thoughts. For a fraction of a second, a door cracked open in my mind and I saw a glimmer of light. I considered a different approach. Rather than redecorate hell by arguing about who did what (a practice pointed out to Michael and me by a helpful therapist long ago), I took a chance. I reached over, placed my hand on Michael’s, and mentally sent him love. I didn’t say a word. And he didn’t move his hand.

I looked straight ahead at the road and quietly imagined love flowing through my body, out of my hand to his, and then into his heart. I kept this practice going for several minutes, when I felt Michael’s energy soften. As I continued to send him love, I noticed something interesting. I felt love, too. Instead of fuming about the wrong turn, I was suddenly more concerned about my husband. My heart softened as I imagined how he must be beating himself up. Why would I want to heap more pain on top of that?

As I sent love to Michael, I could feel his defenses relax…and before I knew it, we came upon a gas station and a turnaround. Thirty minutes later we were laughing and joking as we entered the park, ready to meet Muggles, magicians, and-who knows?-maybe even Harry Potter himself.

Later that night when I joined Louise for dinner, I shared my Harry Potter story. I told her I was still surprised by how something so simple could have such a profound effect on our day. So many times, in the middle of some silly argument (and some not so silly), I’d entertained the thought of dropping my defenses and listening with love, but it felt so counterintuitive-like giving in. After all, my ego is masterful at rationalizing a position. Why admit defeat when I’ve done nothing wrong? Isn’t sending love just ignoring the problem? And how are we going to challenge each other to grow if we’re not willing to take a stand for what we know to be true?

“The ego has one agenda,” Louise said. “It wants to be right, and it has a habit of trying to justify its position. It searches for an angle where the other person is clearly wrong. It’s a simple idea to think that focusing on a positive outcome or putting love into the situation could work, but it does. In your case, instead of affirming the problem by continuing to complain or argue, you just smiled inwardly, sent your husband love, and discovered that it works!”

Yes, it did, I said to her. Love has a way of doing that…

For the last twenty-five years I’ve dedicated my life to the practice of self-care because it’s good for people and it’s good for the planet. From personal experience, as well as coaching a diverse group of clients, I’ve come to understand that when we care deeply for ourselves, we naturally begin to care for others – our families, our friends, the environment, and the whole world – in a healthier and more effective way.
Please email: . © Copyright 2020. Cheryl Richardson, P.O. Box 13, Newburyport, MA 01950.

We have 1531 guests and no members online