You Are Made Of Stardust
A+ A A- 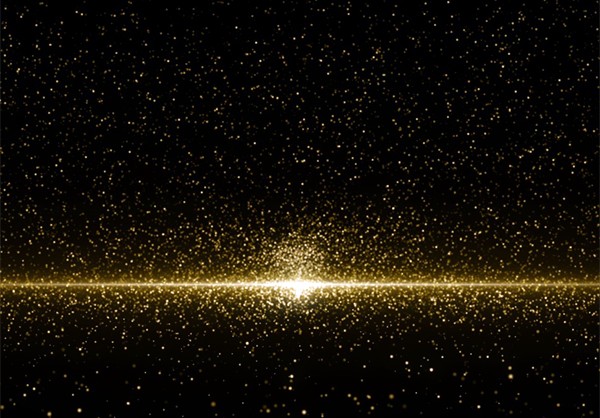 Every atom in your body was made in a star!

That means those that make your heart, brain cells, skin, hair, teeth, bones, even the air you breathe, plus those that compose the trees, dogs and cats, rabbits and horses, lions, tigers, and bears, Oh my!; plus the insects, birds, fish, roads, buildings, and cars. The basic components of everything within you and around you were made in a star and you are deeply connected to all of it. Your body is the remnants of a star after it took its last breath.

Stars begin their lives as invisible clouds of mostly hydrogen. The atoms of hydrogen are gradually pulled together under gravity and squashed together to form helium, the stuff that makes balloons go upwards and that makes your voice squeaky. This is nuclear fusion. It releases vast amounts of energy; so much, in fact, that the star essentially ignites, like a large cosmic match being lit.

But while it burns, more and more atoms are squashed together, eventually forming heavier elements like carbon, nitrogen, oxygen, silicon, and iron, and even larger stars produce gold, silver and platinum.

And just as a log fire goes out when it uses up its fuel, so stars do the same. They burn for usually millions or billions of years, and when all of their fuel is expended many of them blow up (a supernova) and the carbon, nitrogen, oxygen, silicon, iron, gold, silver, platinum, and all the other elements are blasted into space as stardust.

You are an intimate part of the whole universe. You are made of stars. The universe gave birth to you and you contain its essence within yourself. You might say that you are a form that the universe is currently taking.

That is, although it doesn’t look like it or feel like it, you are connected to – entangled with – the entire universe.

In the deepest way, you are connected to a leaf on a tree, a stone in a garden, a raindrop, other people – your loved ones, friends, colleagues, and even your enemies – to animals, plants, insects, birds and fish, to a crystal of ice on one of Saturn’s rings, and even to a piece of dust on the surface of a planet in a galaxy far, far away.

Anyway, just something light to ponder.

Higher Awareness ~ Teachings of the Masters

You Choose What’s Next - Pleiadian Guidance