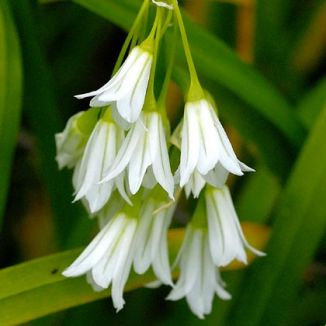 Heart disease affects hundreds of thousands of Americans but in recent years has not been appropriately publicized. According to the National Center for Health Statistics, heart disease and stroke were the first (709,894 deaths) and third (166,028 deaths) leading causes of death, respectively, in the United States during 2000. Conventional medicine has offered preventive programs to reduce the incidence of cardiovascular disease, but not in a way that seems to penetrate the consciousness of society. It is firmly established that cigarette smoking, inadequate exercise, and poor nutritional choices are factors which lead to the development of cardiovascular disease, yet many people seem to lack full understanding of the detrimental effects of these habits.

In a normal, healthy human being, the heart beats approximately 65-75 times per minute. This works out to approximately 40 million beats in the current average 75-year lifespan. This value may change in response to stress from a variety of sources, including exercise and anxiety. Heart contraction is regulated by the sinoatrial node, a small plexus of nerves that acts as a pacemaker. The sinoatrial node communicates with the atrioventricular node to synchronize the contractions of the atria and ventricles. The heart rate is slowed by the parasympathetic nervous system via the vagus nerve and acetylcholine, and quickened by the sympathetic nervous system via epinephrine. This automatic regulation helps the heart respond instantly to stress and relaxation and involves the prana vata subdosha which moves downward from the head.

Health difficulties arise when these simple functions malfunction. Heart failure often begins with generalized unstable angina pectoris, which is caused by lack of oxygen (ischemia) and which can be of classic (substernal chest pain, shortness of breath, sweating) or variant (e.g. neck pain, nausea, dizziness) presentation. This is followed by actual myocardial infarction, or irreversible destruction of cardiac muscle, which is the precursor to eventual severe heart failure. Adenosine triphosphate (ATP) concentrations diminish, resulting in reduced contractility and pump failure. In heart tissue, cell death begins 15-30 minutes after total ischemia.

Heart failure is the most extreme outcome of heart disease. Heart disease has been examined from a variety of perspectives over the centuries, producing numerous explanations and treatment options. Even 2000 years ago in ancient India, fat was observed to be linked to heart disease. Today, atherosclerosis is one of the most common conditions that leads to heart disease. High serum levels of LDL-cholesterol is widely recognized as a precursor of atherosclerosis. In a recent multicenter study by the National Heart, Lung, and Blood Institute, researchers found that heart disease incidence was lowest in individuals with a median LDL-cholesterol level of 88 mg/dL. Medical science has concluded that independent predictors of heart disease incidence include: LDL and HDL cholesterol levels, lipoprotein(a), and triglycerides in women. It is noteworthy however, that individuals with LDL-cholesterol levels lower than 100 mg/dL may also be at risk for atherosclerosis. Results from the Cholesterol and Recurrent Events (CARE) Study suggest that symptomatic diffuse atherosclerosis was associated with age, multiple myocardial infarction history, hypertension, diabetes, sedentary lifestyle, low alcohol intake, and smoking. Clearly, high cholesterol is not the sole factor in the development of atherosclerosis, and these and other as yet unidentified risk factors certainly play a role.

As treatment and prevention strategies only recently begun to emerge in modern medicine as a result of prospective, randomized, placebo-controlled studies, the world should be made aware that currently, and for over 20 centuries, a plethora of information on diet, foods, plant-based medicines, mineral-based medicines, exercise, yoga, meditation, and detoxification procedures has been available for these conditions, based on experience and ancient science. Still, modern man wants modern science.

As modern research accumulates, it is becoming clear that many of the conclusions being reached in the 21st century regarding heart disease prevention and treatment were already known long ago. For example, lifestyle modifications have been shown to have a significantly beneficial impact on reducing the incidence and severity of cardiovascular events. Studies have shown a consistent inverse association between physical activity/fitness, and the incidence of heart disease and general risk factors. It has also been determined that regular, moderately intense activity, such as brisk walking for 30-60 minutes daily, is sufficient to reduce cardiovascular risk factors. Research suggests that everyone, especially those with cardiovascular risks, should exercise daily. It may turn out that even an energy expenditure of 1000 calories each week can significantly reduce heart disease. This is equivalent to brisk walking for 45 minutes four to five times a week.

Physical activity directly influences the blood lipid profile in elderly patients according to the duration and intensity of training, presence or absence of pre-existing cardiovascular disease, and body mass index changes (i.e. "weight"). Exercise is beneficial in that it helps to reduce weight and lower blood pressure, two risk factors to the development of cardiovascular disease. It has been found that moderate-intensity aerobic exercise can lower blood pressure in hypertensive patients, with average reduction rates of approximately 10 mm Hg systolic and 7 mm Hg diastolic blood pressure. Ayurveda also states that exercise improves circulation, keeps the joints healthy, preserves bone and muscle strength, preserves coordination, cures depression, detoxifies the tissues, maintains a firm yet flexible body and is a daily lifestyle measure (i.e. dinacharya) that is integral to health maintenance.

Smoking is another lifestyle choice that has been linked to cardiovascular disease. Injury to arterial endothelial lining of the arteries has been linked to atherosclerosis development, and it is suggested that free radicals in cigarette smoke may be involved in the process. Although it is still a mystery how exactly smoking contributes heart disease, scientists recognize that it is definitely extremely harmful. No sane person should smoke or in any way use any tobacco products, except perhaps occasionally for religious reasons (i.e. Native Americans).

Another immensely important factor that affects cardiovascular health and risk is nutrition. Many studies have documented the risk of poor nutrition on cardiovascular disease development. One of these studies profiled the characteristically high-fat, low-fiber “western” diet. Researchers determined that a diet lower in fat and cholesterol, and higher in fiber, successfully lowered LDL cholesterol 11% in moderately hypercholesterolemic patients, when compared to a typical western diet. In some cases, diet and lifestyle changes could be sufficient to lower cholesterol enough to avoid cholesterol-lowering medications, which all have harmful side effects, especially on the liver and muscles. Partially hydrogenated oils, which are found in fried fast foods, french fries, fried fish, cookies, pastries, and many processed foods, have a high proportion of trans fatty acids which damage arterial endothelial linings. These fats also lower HDL ("good") cholesterol and increase LDL ("bad") cholesterol in the bloodstream.

In addition to maintaining a healthy eating pattern, specific foods are often recognized as particularly heart-healthy. One of the most popular of these healthful foods is fatty fish with its high omega-3 fatty acid content. A recent study determined that women who consumed more omega-3 fatty acid laden fish (two servings weekly) had a reduced rate of death due to heart disease. These researchers found that this was independent of cardiovascular risk factors or other dietary sources that may influence the development of heart disease. Good sources of omega-3's besides fish are: flaxseeds, flaxseed oil, canola oil, olive oil, sesame oil, peanut butter and oil, sunflower seeds and oil, avocado, soybean oil, and safflower oil. Additionally, flavonoids found in tea and cocoa have been recognized for their antioxidant benefit. By blocking oxidative damage to LDL cholesterol and reducing platelet clumping, flavonoids may help to reduce the risk of cardiovascular disease. An inverse association between dietary fiber intake and cardiovascular disease risk has also been proposed. This underscores the recommendation for increased consumption of fiber-rich whole grains, legumes, fruits and vegetables.

Herbs Which Are Diuretic

We have 1848 guests and no members online