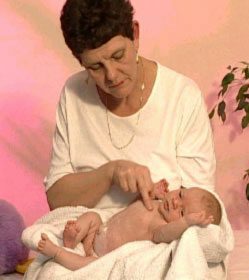 Tuina (Tui Na - pronounced toy-nah) is an Oriental Bodywork Therapy that has been used in China for 2,000 years. Tui Na literally translates as "Tui" meaning push and "Na" meaning grasp.

Tuina (Tui Na) uses the traditional Chinese medical theory of the flow of Qi through the meridians as its basic therapeutic orientation.

Through the application of massage and manipulation techniques Tuina (Tui Na) seeks to establish a more harmonious flow of Qi through the system of channels and collaterals, allowing the body to naturally heal itself. 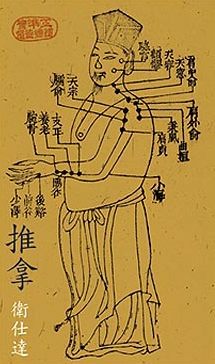 Tui Na is a sophisticated medical massage used to treat injuries, joint and muscle problems and internal disorders. Tui Na techniques and manipulations are rigorous. It involves applying finger pressure, hands, elbows and knees as a tool to directly influence the flow of Qi (body energy) to treat disease and illnesses.

Tui Na is also used to protect health by building immunity, so that disease can be stopped in its beginning acting as a preventative medical care. It involves a deep tissue massage to various acupuncture points without the use of needles. In many cases it is used for children, seniors and for individuals who may be afraid of needles.

Tuina (Tui Na) methods include the use of hand techniques to massage the soft tissue (muscles and tendons) of the body, acupressure techniques to directly affect the flow of Qi , and manipulation techniques to realign the musculoskeletal and ligamentous relationships (bone-setting). External herbal poultices, compresses, liniments, and salves are also used to enhance the other therapeutic methods.

Tuina (Tui Na) has a variety of different systems that emphasize particular aspects of these therapeutic principles.Tui Na is one important component of Traditional Chinese Medicine, which uses techniques and manipulations to stimulate acupuncture points, which can sometimes be mistaken for acupressure. However, Tui Na does not only stimulate on acupuncture points, but also covers wider range of the body surface so as to correct physiological imbalances in the body and achieve effects.

Tui Na is the basis upon which many modern complementary therapies are based, such as shiatsu, acupressure, baby massage, deep tissue massage, sports massage, lymphatic draining to name but a few. Chiropractic and physiotherapy manipulations are also founded on Tui Na techniques.

In a typical session, the client, wearing loose clothing and no shoes, lies on a table or floor mat. The practitioner examines the specific problems of the client and begins to apply a specific treatment protocol. The major focus of application is upon specific pain sites, acupressure points, energy meridians, and muscles and joints.

Advanced Tuina (Tui Na) practitioners may also use Chinese herbs to facilitate quicker healing. Sessions last from 30 minutes to 1 hour. Depending on the specific problems of the client, they may return for additional treatments.

The client usually feels relaxed but energized by the treatment. Tuina (Tui Na) is now being popularized in this country as a powerful therapeutic extension of traditional western massage methods. Tuina's (Tui Na) simplicity and focus on specific problems, rather than a more generalized treatment, make it both an excellent alternative and/or extension of the Swedish-style massage. By utilizing treatments of shorter duration, it can be used in a variety of settings, including home, office, clinic or hospital. It is well suited for both the professional massage therapist or the active, health conscious individual.

Tuina (Tui Na) dates back to the Shang Dynasty of China, 1700 B.C.E. Oracle bones show that tuina (tui na) massage was used to treat children's diseases and digestive complaints in adults. By 600 C.E. Tuina (tui na) was included in the Imperial Medical College as a separate department. Tuina (tui na) flourished throughout China until the Qing Dynasty where it was suppressed along with other Chinese cultural arts.

Following the Communist revolution, Tuina (tui na) was restored along with other traditional medical arts and was included in the creation of the current system of Traditional Medicine Colleges. 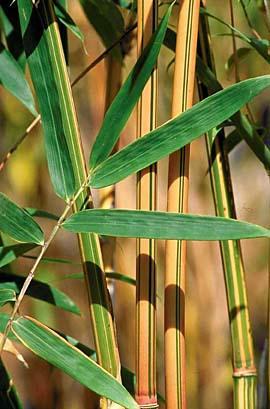 Tuina (tui na) is taught as a separate but equal field of study in the major traditional Chinese medical colleges. Tuina (tui na) doctors receive the same demanding training as acupuncturists and herbas and enjoy the same level of professional respect.

Tuina (tui na) is well suited for the treatment of specific musculoskeletal disorders and chronic stress-related disorders of the digestive, respiratory and reproductive systems. Effective treatment protocols have been tested in a practical setting.

Tuina (tui na) is not especially useful for those seeking a mild, sedating and relaxing massage since it tends to be more task focused than other types of bodywork.