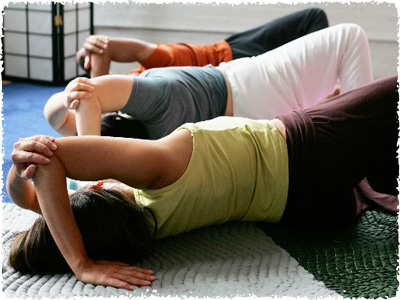 What is the Feldenkrais Method?

The Feldenkrais Method is named after its originator, Dr. Moshe Feldenkrais, D.Sc. (1904-1984) [about], a Russian born physicist, judo expert, mechanical engineer and educator.

The Feldenkrais Method is a form of somatic education that uses gentle movement and directed attention to improve movement and enhance human functioning. Through this Method, you can increase your ease and range of motion, improve your flexibility and coordination, and rediscover your innate capacity for graceful, efficient movement. These improvements will often generalize to enhance functioning in other aspects of your life.

The Feldenkrais Method is based on principles of physics, biomechanics and an empirical understanding of learning and human development. By expanding the self-image through movement sequences that bring attention to the parts of the self that are out of awareness, the Method enables you to include more of yourself in your functioning movements. Students become more aware of their habitual neuromuscular patterns and rigidities and expand options for new ways of moving. By increasing sensitivity the Feldenkrais Method assists you to live your life more fully, efficiently and comfortably.

Who Benefits from the Feldenkrais Method?

Anyone—young or old, physically challenged or physically fit—can benefit from the Method. Feldenkrais is beneficial for those experiencing chronic or acute pain of the back, neck, shoulder, hip, legs or knee, as well as for healthy individuals who wish to enhance their self-image. The Method has been very helpful in dealing with central nervous system conditions such as multiple sclerosis, cerebral palsy, and stroke. Musicians, actors and artists can extend their abilities and enhance creativity. Many seniors enjoy using it to retain or regain their ability to move without strain or discomfort.

Through lessons in this method you can enjoy greater ease of movement, an increased sense of vitality, and feelings of peaceful relaxation. After a session you often feel taller and lighter, breathe more freely and find that your discomforts have eased. You experience relaxation, and feel more centered and balanced.

Successful Students: here are examples of recent successes students have accomplished after work with the Feldenkrais Method:

What Happens in a Feldenkrais Method Session?

In group classes, called Awareness Through Movement, the Feldenkrais teacher verbally leads you through a sequence of movements in basic positions: sitting or lying on the floor, standing or sitting in a chair.

People learning the Feldenkrais Method are usually referred to as ‘students’ rather than clients or patients. This reinforces our view of the work as primarily being an educational process.

What Happens in an Awareness Through Movement® Lesson?

Awareness Through Movement consists of verbally directed movement sequences presented primarily to groups. A lesson generally lasts from 30 to 60 minutes. The lessons consist of comfortable, easy movements that gradually evolve into movements of greater range and complexity. These precisely structured movement explorations involve thinking, sensing, moving and imagining. Many are based on developmental movements and ordinary functional activities (reaching, standing, lying to sitting, looking behind yourself, etc.), some are based on more abstract explorations of joint, muscle, and postural relationships. There are hundreds of ATM lessons, varying in difficulty and complexity, for all levels of movement ability.

The emphasis is on learning which movements work better and noticing the quality of these changes in your body. Through increased awareness, you will learn to abandon habitual patterns of movement and develop new alternatives, resulting in improved flexibility and coordination.

How do you learn in an Awareness Through Movement lesson?

Using slow, gentle movement and directing students to move within the limits of safety by avoiding pain and strain.

Orienting to the process of learning and doing rather than working towards a goal.

Allowing the student to find his/her own way with a lesson.

What Happens in a Functional Integration® Lesson?

Functional Integration is performed with the student fully clothed, usually lying on a table or with the student in sitting or standing positions. At times, various props (pillows, rollers, blankets ) are used in an effort to support the person’s body configuration or to facilitate certain movements. The learning process is carried out without the use of any invasive or forceful procedure.

Functional Integration is a hands-on form of tactile, kinesthetic communication. The practitioner communicates how you organize your body and, through gentle touching and movement, conveys the experience of comfort, pleasure and ease of movement while you learn how to reorganize your body and behavior in new and more expanded functional motor patterns.

In Functional Integration the practitioner/teacher develops a lesson for you, custom-tailored to your unique configuration at that particular moment, relating to a desire, intention or need you have. Through rapport and respect for your abilities, qualities and integrity, the practitioner/teacher creates an environment in which you can learn comfortably.

How Does the Feldenkrais Method Differ from Massage and Chiropractic?

The similarity is that both practices touch people, but beyond that our Method is very different. In massage, the practitioner is working directly with the muscles, in chiropractic, with the bones. These are structural approaches that seek to affect change through changes in structure (muscles and spine). The Feldenkrais Method works with your ability to regulate and coordinate your movement; which means working with the nervous system. We refer to this as a functional approach wherein you can improve your use of self inclusive of whatever structural considerations are present.

How can I Find a Certified Feldenkrais® Practitioner?

The FELDENKRAIS GUILD® of North America can refer you to a practitioner in your area, or see the online directory. Visit the International Feldenkrais Federation for international associations.

How are Feldenkrais Practitioners Trained?

All Feldenkrais practitioners must complete 740-800 hours of training over a 3 to 4 year period. Trainees participate in Awareness Through Movement and Functional Integration lessons, lectures, discussions, group process and videos of Dr. Feldenkrais teaching. Eventually students teach Awareness Through Movement and Functional Integration under supervision. Trainees gradually acquire knowledge of how movement and function are formed and organized. This extensive subjective experience forms the basis from which she/he will learn to work with others.

The main purpose of the training is for the trainees to acquire for themselves a deep understanding of movement and its formation, to become aware of their own movement, to become astute observers of movement in others, and to be able to teach other people to enlarge their awareness and movement skills.

The training process is based upon the vast body of knowledge Dr. Feldenkrais introduced. Since he integrated into his body of learning theory aspects from a variety of scientific fields such as Newtonian mechanics, physics, neurophysiology, movement development, biology and learning theories, we present some of these aspects in the training program for the trainee to comprehend the theoretical background of the method.

Who was Moshe Feldenkrais? 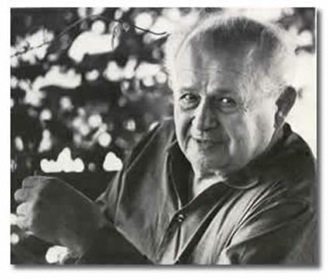 Feldenkrais was born in Russia. At the age of 13 he left his home and travelled alone for a year until he reached Palestine, where he worked as a laborer, cartographer and tutor in mathematics. He also became active in sports (gymnastics, soccer) and the martial arts (jiu-jitsu). During his mid twenties he left for France and eventually became a graduate of l’Ecole des Travaux Publiques de Paris, in Mechanical and Electrical Engineering. Later he earned his Doctor of Science in Physics from the Sorbonne in Paris, where he assisted Nobel Prize winner Joliot-Curie in early nuclear research.

In Paris, Feldenkrais also met Jigaro Kano, the creator of modern Judo, and Feldenkrais became one of the first Europeans to earn a Black Belt in Judo (1936) and to introduce Judo in the West through his teaching and books on the subject. In the early 1940’s, while working in anti-submarine warfare for the British Admiralty, he patented a number of sonar devices.

After suffering crippling knee injuries, Feldenkrais used his own body as his laboratory and merged his acquired knowledge with h his deep curiosity about biology, perinatal development, cybernetics, linguistics, and systems theory. He taught himself to walk again and in the process developed an extraordinary system for accessing the power of the central nervous system to improve human functioning.

Feldenkrais studied intensively in psychology, neurophysiology, and other health-related disciplines, and in 1949 he returned to Israel where he continued to integrate and refine his ideas into the system known as the Feldenkrais Method.