Inflammation Will Make You Age Faster. Here's Exactly What To Do About It 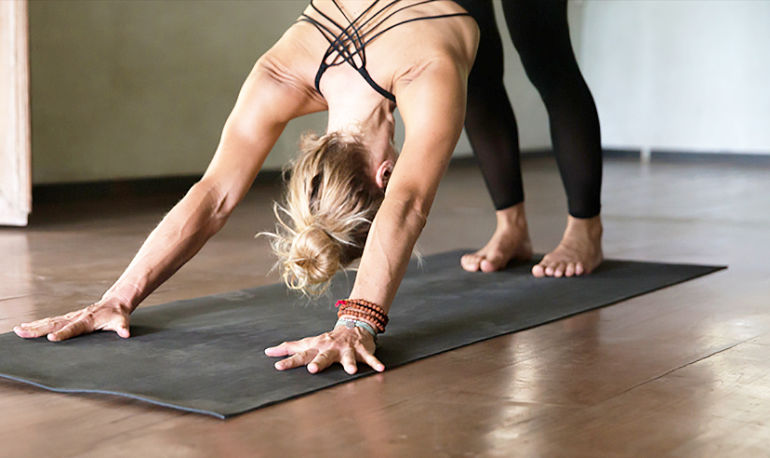 Let's face it: Everybody gets old. And ever since Hippocrates rejected the view that illness is caused by superstitions and evil spirits, humans have endeavored to understand the science behind aging. Recent technological breakthroughs have allowed new insights into the aging process, and scientists are finding that the core elements of aging involve a surprisingly small list of molecular processes. At the top of this list is the process of chronic inflammation. And by reversing chronic inflammation through healthy lifestyle choices it may be possible to avoid age-related chronic disease and promote a healthy life span.

Allow me to introduce you to "inflammaging."

Inflammation is a normal and essential component of a healthy immune system. We're all familiar with the localized redness and swelling associated with an insect bite—that's inflammation at work. However, scientists believe that a chronic, systemic, and low-grade inflammation is a major contributor to aging. Unlike acute inflammation, which can be painful and discomforting, the chronic inflammation involved in aging is painless and undetectable. Claudio Franceschi from the University of Bologna in Italy (a leading figure in the study of aging) has even cleverly combined the terms inflammation and aging to come up with the name inflammaging to describe this process.

This is how inflammation affects us as we age.

Scientists describe inflammaging as a complicated process in which our bodies respond to internal and external stimuli to produce increased levels of pro-inflammatory signals, like cytokines. The release of reactive oxygen species is also common in inflammaging, and these substances cause oxidative damage to cells and tissues, releasing debris that further elicits inflammation.

To underscore the significance of chronic inflammation, scientists have identified it's an underlying process in all age-related diseases including type 2 diabetes, atherosclerosis, arthritis, and neurodegenerative diseases like Alzheimer's. It's even recognized as an important factor in frailty, which is an indicator of declining health in old age and a good predictor of adverse health events such as hospitalization and dependency.

So, what causes the chronic inflammation that leads to age-related disease and frailty? And what, if anything, can we do to reduce the damaging effects of inflammaging on our bodies?

The gut microbiota plays a role in chronic inflammation and aging.

The gut microbiota is the collection of trillions of microorganisms residing in our intestines. And it plays a central role in metabolism, physiology, and nutrition. Scientific research has shown that a lack of microbial diversity within the gut microbiota is associated with chronic diseases.

A new study recently measured the gut microbiota in 728 female twins with varying degrees of frailty and discovered that people with a high Frailty Index (a measurement of frailty) possess gut microbiota with significantly lower diversity than those with low Frailty Index scores. In addition, they identified certain bacterial species that are associated with frailty and others that are associated with healthy aging.

Like all complicated ecosystems inhabited by many competing species, the nutrients available in the gut determine which species and strains of microbes thrive. When we eat processed foods with high sugar content and unhealthy trans fats we are creating an environment that denies nutrients such as plant polysaccharides to beneficial microbes. These beneficial microbes are able to soothe our immune system and provide anti-inflammatory by-products such as short-chain fatty acids.

The best way to promote a diverse gut microbiota is to eat a diverse diet containing plenty of vegetables and fruits with prebiotic fiber. You can also promote diversity by consuming probiotic-containing foods such as yogurt, kefir, and fermented vegetables, or taking a probiotic supplement.

It's never too late (or too early) to promote healthy aging.

We don't have to experience unhealthy aging. It's possible to make lifestyle choices today that reduce the devastating effects of frailty and promote healthy and productive lifespans.

And it's never too early to start. Inflammaging is a lifelong process; young people, middle-aged people, and the elderly can all benefit from efforts to reduce chronic inflammation. If you're already suffering from the effects of inflammaging, it's never too late to start making good diet choices—especially since some research suggests that inflammaging can even be reversed.

Food is the best medicine, and while science may eventually invent therapeutic agents that counteract and diminish the effects of frailty during aging, it's likely that nothing will ever come close to the powerful effects of healthy food choices. So why wait for the pharmaceutical industry when the answer is already available? By introducing healthy and varied foods into your everyday diet you can promote diversity within your gut microbiota that will benefit you for a lifetime.

We have 1714 guests and no members online