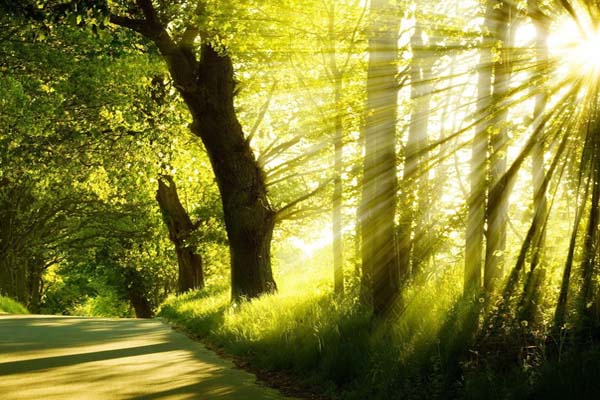 The sun's rays are much more important to a person's health than most people think. Heliotherapy, or sunlight treatment, is available to everyone. However, be careful to expose yourself to a reasonable amount of sunlight and apply a protective cream to delicate skin.

Brain
Researchers at the University of Cambridge found a direct link between sun exposure and brain function. According to their research, sunlight stimulates the growth of nerve cells in the hippocampus. Sunlight has a constructive effect on the retina of the eye, improves the functioning of the pituitary gland, hypothalamus, pineal gland.

In Europe and the USA, some clinics provide so-called solar therapy for people with developmental and memory problems, which is already showing good results in the fight against Alzheimer's disease and other brain diseases.

Pain
At Pittsburgh Hospital, doctors measure the level of natural light in rooms where patients recover from severe spinal surgery. To their surprise, doctors found that their patients showed greater tolerance for pain after being transferred to a sunnier ward, and their condition required less medication.

Bacteria
After World War I, German soldiers knew of the discoveries made in 1903 by Nobel Prize winner Niels Finsen. They used sunlight to disinfect and heal wounds. The fact that sunlight can kill microbes was discovered by two scientists, Downs and Blunt, as early as 1877 - sunlight hit test tubes with bacteria and they died.

Immunity
Exposure to sunlight increases the number of lymphocytes that are responsible for immunity and play an important role in protecting against infection. Sunlight activates the immune system.

Depression
Daylight has an output of approximately 100,000 lux *. Artificial lighting in the office and at home is approximately 150-600 lux. That's a hundred times less. Lack of light causes apathy and depression. * Lux is a photometric unit of light intensity. This is the illumination caused by the luminous flux of one lumen falling on an area of ​​one square meter.

Blood
Sunlight is used to treat jaundice in newborns, which occurs due to blood incompatibilities due to Rh factor (if the mother is negative and the father is positive). The study found that exposing a child to sunlight reduces the amount of bilirubin in the blood - a toxic pigment that is dramatically increased in jaundice - and allows children to regulate their immune mechanisms.

Most children with jaundice today are treated with ultraviolet rays, thus avoiding the risk of exchange transfusions.

Sunlight lowers blood sugar levels along with physical exercise by stimulating pancreatic beta cells, which increases insulin production and the production of the enzyme glycogen synthetase, which uses glucose in the blood and stores it in the liver as glycogen.

Blood pressure
Researchers in Edinburgh have found that sunlight stimulates the production of nitric oxide, which helps lower blood pressure.

Bones
When the body is exposed to sunlight, it produces vitamin D, which is crucial for (not only) bone health. Vitamin D helps our body regulate the levels of calcium and phosphates, nutrients that keep bones, teeth and muscles healthy and also has a beneficial effect on the cardiovascular system. In addition, if the body receives enough vitamin D, the risk of osteoporosis and diabetes mellitus decreases significantly. By the way, vitamin D deficiency increases the risk of polycystic ovary syndrome in women and reduces the quantitative and qualitative properties of sperm in men.

Skin
Sunlight helps with certain skin problems such as acne, psoriasis, eczema and fungal skin diseases. In one study, light therapy was able to reduce psoriasis by 84% in just 4 weeks.

Oxygen
Sunlight increases the oxygen content of a person's blood and increases its supply to the tissues, which is very similar to the effect of physical exercise. The sun also has a great effect on endurance and muscle development.

The growth of children
Many nations have known this fact for more than a century. This is confirmed by research - the amount of sunlight in the first months of a child's life affects how high it will be. Of course, this is far from the only reason, but there is a connection.