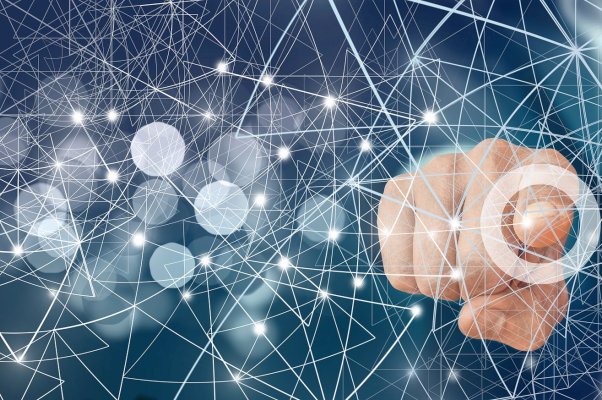 I would like to respond to the many of you who raise the subject of the desecration of the earth, how depressing it is to see what humans have done to the earth, and what can be done if anything to help restore it. What accompanies this concern is often great anger at what has happened, a tendency to blame others for the destruction, deep resentment, and other horrible feelings of despair. While this is all very understandable it is exactly the opposite of what can be done to restore the earth.

What I am going to talk about here may seem like the ravings of a lunatic, or some pie in the sky idealistic solution that is delusional. Actually, what it will be is a reference to long lost knowledge, something that humans once knew but forgot or lost long ago. There are references to it in the teachings of various religions, in fairytales, in the comments of great teachers and saints, and in the shamanic teachings and stories of indigenous peoples that have been dismissed in a condescending way by many anthropologists representing modern views. These pointers are often dismissed as amusing tales for children about magic and alchemical craziness from the past.

So here it is straight out. I will try to be comprehensive but succinct in this short article. Here we go. There are seven planes of existence. The outermost plane is the physical plane, the plane of materiality (or lowest vibration) occupied by human beings, animals, plants, minerals, stars, planets, moons etc. The consciousness of Spirit is always extending itself finding new modes of expression and this is true throughout all the planes of existence and especially the physical plane. Many religions have taught that the physical plane was a place of low vibration, a place of sin and misery, and the only salvation was to avoid it altogether and concentrate on getting back to the other ”higher” planes of existence. On the surface this almost seems to be true but it is not. Consciousness is pervasive throughout all the planes and is ever present in the physical plane through every particle, every vibration, every aspect.  Human beings and other individually ensouled species throughout the physical universe are highly evolved concentrations of consciousness that are self-aware and aware of their surroundings and capable of being aware of their origins or source. Not all of them exhibit this awareness consciously because they are still evolving and because of this ignorance they are capable of low vibrational attitudes, beliefs, and behavior until they wake up. Nevertheless, they are highly concentrated conscious beings and through their perceptions and ability to focus have a strong influence and impact on their reality. How they see themselves and their surroundings actually creates who they are and what their surroundings are like. All human beings are involved in the agreed-upon reality at any given time even though they might decry it or condemn it. Condemnation only reinforces it because of how resistance works.

Because their consciousness is new by the universe’s standards, it is somewhat immature and allows them to produce ugliness and destructiveness in their surroundings. So, one could easily misinterpret this to believe that the physical plane is inherently miserable, evil, a place of suffering or what have you, however it is only those things if it is seen that way. Imagine that you are standing in front of a filthy junkyard and that is what you see. Right behind you is the most beautiful garden – you are not seeing it but that does not mean it is not there. Without walking anywhere else you could turn around and see the garden and not the junkyard. It is available right now, right here but if you don’t know that you can turn around you won’t do it and you will be stuck with the junkyard view for perhaps a very long time. You would swear that this depressing view is reality and that it is the nature of the world to be this way not realizing that the way you are looking is making all the difference in what you are seeing. Now this example has its limits because you could argue that the junkyard is true because it exists across from the garden and here the example breaks down because in reality it does not. It exists in your mind only.

The way to change reality is to see it differently. How is this done without engaging in denial and delusion? To see it differently you must: A. Recognize that you are participating in co-creation by agreement with others of your generation, that whatever you see and experience you have had a hand in making that way. B. Be open to co-creating another possibility C. Be able to accept it as it appears to be without judgement and with neutrality D. Recognize that it is permeated with the divine that is expressing through it but is heavily camouflaged by apparent darkness E. be willing to see it as divine, in a higher vibration, and see it with love in your heart.

This is the alchemical formula that transforms the physical plane to a higher octave and that results in seeing the garden instead of the junkyard. Seeing it as the garden restores the physical plane to what it is capable of being, a mirror of Spirit. The truth then sets you and it free, sets everyone free. This is the primary purpose of being a human being. We just forgot and got distracted for a long time with other activities that, while engrossing, are much less gratifying in the long run. The garden is here. The garden is real. The garden is ultimately what everything will be transformed into. This way of seeing takes enormous courage and faith, with the risk that you will appear as a lunatic to others.

When enough concentrated consciousness acts together the physical plane will be utterly transformed. Until then it will be transformed in bits and pieces, in very localized ways, through the eyes of this one and that one. Little by little the garden appears.

So, with this in mind, what should you do when you see the junkyard? Let go of anger, depression, sadness. See it with love. See it as the divine. See it for what is actually really there. Next time you drive by it there will be a few more flowers there. Then there will be more and more until as if by magic you will see a garden where a junkyard once was. This goes for everything in life. Seeing homeless people, war zones, crime scenes, political horrors, drug deals, corporate malfeasance, poverty, racism, hunger, mistreated immigrants, polluted water, littered beaches and so on. Does this mean you do nothing? Just smugly see it differently? No. You create miracles by taking small actions that accompany your new way of perceiving. You sprinkle some flower seeds in front of the junkyard and their high frequency begins a transformational impact on all the surroundings. You recognize yourself as highly concentrated awareness that is empowered to transform reality at will. Humans really are specially empowered but only if they recognize that they are.  Otherwise they can be like a cancer through their ignorance. In order to step into our power we have to take responsibility for what we are capable of. We are not helpless victims, not doomed to suffering. We are extensions and expressions of Spirit. Until we recognize this we are relegated to the worst the physical plane has to offer. Doesn’t seem like much of a choice does it?

We have 973 guests and no members online