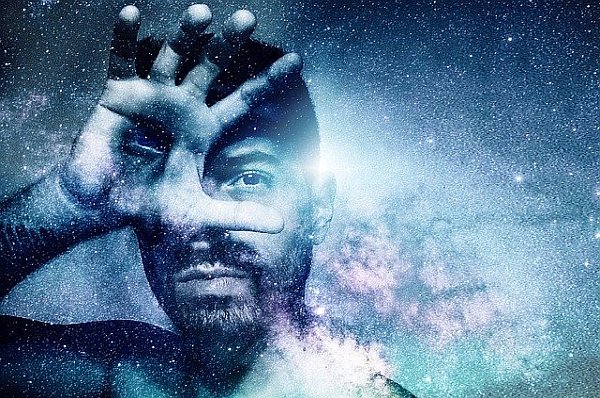 When we are traveling in a foreign land and we meet someone who does not speak our language we usually identify ourselves by saying, “I am Maryanne or Jack” and we point to ourselves while saying it. Then the other person does the same in their language. When most people contemplate themselves, they think of themselves as a person with a body and a history that goes with that body. In fact, most people believe that their awareness emanates from their brain. They believe that their awareness is a product of their five senses communicating information to their brain that interprets and makes sense of the information. But what if this were all not true at all? What if your awareness or consciousness came first and then everything else was a product of it?

Let’s use an outrageous example to explore this. What if everyone on earth were to suddenly vanish and a group of aliens were looking for a place to live and arrived on our planet and discovered everything we had left behind? And what if they discovered our cars and thought somehow that they were to be driven in reverse? So, they started a whole civilization driving all cars in reverse and of course it was awkward and clumsy but they sort of made it work and this went on for thousands of years. And then one day one of them decided to try driving the other way around and the alien laughed and laughed and realized that this was actually the correct way to drive these machines. But when that alien tried to tell everyone else no one listened and said the guy was crazy instead.

This is somewhat like what we have done with awareness and our brains and bodies. We got it all in reverse and have been fumbling along for a very long time in an extremely clumsy way. We have identified with our bodies and thought that awareness was a product of our bodies. This caused us to be extremely narrow focused and always afraid that something would happen to our bodies and end our awareness. What if it were the other way around? What if our awareness created not just our bodies but everything we were aware of? That would be huge!

Instead of peeking out from two little gooey eyes at a threatening alien world we would all be huge and the little body that accompanies us would be like a little companion, similar to a dog that we would perhaps be fond of and feed and take care of but it would just be part of a very large landscape. What if everything we became aware of was actually part of us? The stars, the wind, the trees, the mountains in the distance, the vast sea stretching out the other way, the animals and people that we were aware of, all part of us? What a strange notion! It would all be home and we would not judge anything at all because everyone would accept this as well. And we would realize that we were part of their awareness as well and therefore part of them.

“But how would this all work?”, you might exclaim. Well, it would be an entirely different paradigm and it would take some getting used to but wouldn’t it work much better than what we have now? No one would be afraid of each other and everyone would take responsibility for everything in their awareness because they would realize that it was all part of themselves. Would there be a need for competition, for enemies, for greed, for impatience, for victimization, for blaming, for shame, for guilt, for resistance and so on? I don’t know but probably not. It is a weird and wonderful thought. Let’s continue a little further with this.

What if awareness, not being dependent on having a body, and not a product of being a person, went on forever? What if awareness never ended and was not restricted by the limitations of the five senses? How would that change our consciousness and awareness of who we were? How would that feel and how would that impact our relationship with everything, people, animals, plants, minerals, elements and so on? Would we still need money?  What would our health be like? How would we feel about one another? Would this be a catastrophe or the best thing that ever happened to us? We would have these bodies for a while sort of like having a pet but they would not restrict us at all because we would each be so much more. Think about it. Are these the ravings of a madman or are these musings the result of waking up to what is actually so? Have others had these thoughts as well? Undoubtedly! And they have lived and died by the thousands throughout history and they have been considered a little eccentric or amusing and the cultures have gone on doing things as before ignoring them or disposing of them as needed.

What if this were the time when this understanding would become the main paradigm advocated by a minority of younger souls and the old one was finally laid to rest?

With that said let us take a closer look at this relationship we have with our bodies. The Tibetans say that our fundamental awareness or consciousness is closely tied to the supreme intelligence of the universe. Our bodies are a local vehicle for universal consciousness or awareness and therefore, rather than being ignored or overlooked as many spiritual traditions advocate, they are intrinsically involved with our consciousness. While consciousness does not depend on the body, it does use the body as its local vehicle while we are busy being a human. The body depends entirely on our awareness and consciousness otherwise it dies immediately. Whether religion likes it or not the body is a participant in divine awareness and supreme intelligence. The flesh is suffused with it and reciprocates or responds with its own contributions. What are these contributions?

Well, let us think of this way. Estimates suggests that the body is made up of three trillion cells and these cells are each made up of quadrillions of atoms and molecules. All these units are volunteers. They do not have to be part of us but they choose to be because they want to be. For them it is a grand adventure and a privilege to make up our vehicles, volunteer to perform many complex tasks for us, and they in return gain an enormous value in the process, even if it is only for a few seconds. Each of the cells of our bodies are like disciples who are following a guru, namely us. Rather than being abused and taken advantage of as some gurus do with their disciples they should be loved and cherished and elevated by the experience. The guru serves the disciples in this way. Are we serving our atoms and cells in this way? For the most part, certainly not. Instead we trash our bodies and show them little if no respect.

Our atoms and cells need our awareness and consciousness as payment for what they do because that is why they are doing it. They need us to occupy our bodies, be aware of them and their requirements, and honor them, not ignore or consider them irrelevant or worse, believe they are in the way of our higher purpose. They are part of our higher purpose and are seeking to rise up by being part of us. In return they collectively urge us to move in certain creative directions. They, after all, are infused with the supreme intelligence of the universe. They know what we need, what our purpose is, where we are going, what is best for us. They form the greater part of our intuition. We ignore this at our own peril and the fact that we have seen them as obstacles is the very reason that religion has failed us so miserably.

The greatest gift we can give our bodies is to suffuse the tissues, the organs, the bones with as much consciousness and awareness as possible, to cherish and love them unconditionally. Note that this does not mean gratifying some ego needs for bulking up or skinning down. What we are talking about here is occupying our bodies fully, not rejecting how they naturally show up.

We will never make the giant leap in consciousness we are being asked to make at this time without understanding this and acting on it. It is new paradigm time! Time to bless the body.

Thank you!
ॐ Namasté - Blessings!
"Life is an echo, what you send out comes back."
© 2008-2022 crystalwind.ca. All rights reserved.
Spirituality and Politics #peaceispossible
Understanding Neo Nazis, White Supremacists, Racists, and Misogynists (a nontraditional view)
Bitter or Sweet?
Get This App Now!