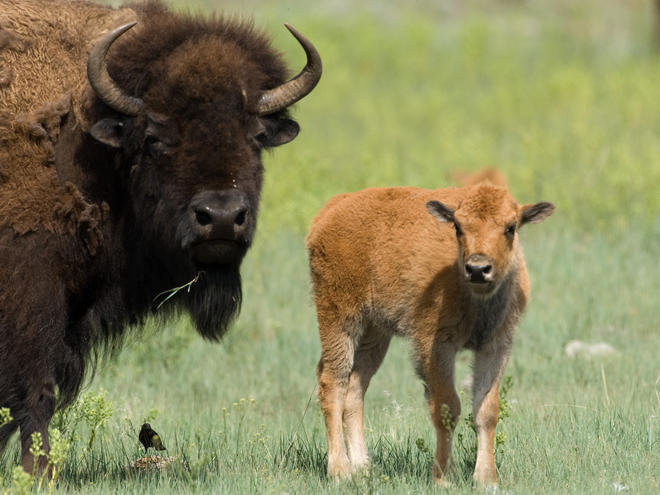 Native tribes from both the United States and Canada came together to sign their first treaty in 150 years: a pact that promises to bring the famed bison back to its original home in the Great Plains and Rocky Mountain regions.

The new “Buffalo Treaty” treaty was signed this week by 11 tribes hailing from the state of Montana and Canada’s Alberta province, according to the Associated Press.

Ultimately, the Native American tribes and their indigenous Canadian counterparts – known as the First Nations in Canada – hope to restore the ability of bison to roam freely between the US/Canada border and reestablish the animal’s important position at the center of the tribes’ cultures.

“Hunting practices, ceremonies, songs – those things revolved around the buffalo. Sacred societies used the buffalo as a totem. All of these things are going to be revised, revitalized, renewed with the presence of buffalo,” Leroy Little Bear, a professor emeritus of Native American studies at the University of Lethbridge and Alberta Blood Tribe member, said to the AP.

Although there’s no timetable regarding this plan, the signing of the treaty was welcomed as a positive development between the indigenous groups and a hopeful sign for the future.

“It shows support that we're all (together) as Indian nations, that we can all be together supportive of the others and we have one big thing in common, and that's buffalo and what they mean to us culturally and spiritually. It shows the cohesiveness that the tribes can come together and do this together,”Blackfeet Bison Program Manager Ervin Carlson told Montana’s KRTV News.

While tribal members are optimistic, their proposal is likely to draw opposition from the livestock industry, which has generally pushed back against plans to reintroduce buffalo populations. Ranchers argue that bison pose a threat to their cattle herds because of the potential for the animals to spread disease. They’re also sensitive to the idea that free-roaming bison could end up competing for food with their own grazing cattle.

Ervin Carlson, president of the 56-tribe strong InterTribal buffalo council, acknowledged that bringing the bison back will take time.

“I can't say how many years. It's going to be a while and of course there's such big resistance in Montana against buffalo,” said Carlson, also a Blackfeet tribe member. “But within our territory, hopefully, someday.”

Collectively the signatories of the treaty control over 6 million acres of prairie habitat across the US and Canada, according to the Wildlife Conservation Society.

Indigenous tribes aren’t the only groups interested in repopulating the Great Plains with buffalo. The US Interior Department is also considering a plan that would potentially allow new, disease-free bison herds to repopulate much of the land they used to roam through. The proposal is based on the idea that the government can move various herds to external sites, where they would be quarantined for years in an attempt to keep disease from spreading.

If disease can be successfully stomped out, the healthy buffalo would be taken to other parts of the west, where they could re-establish themselves.

The Light Love That You Are - The Federation of Light

We have 1773 guests and no members online