Habits, Addictions, And The Ego

Life and God According to Spinoza 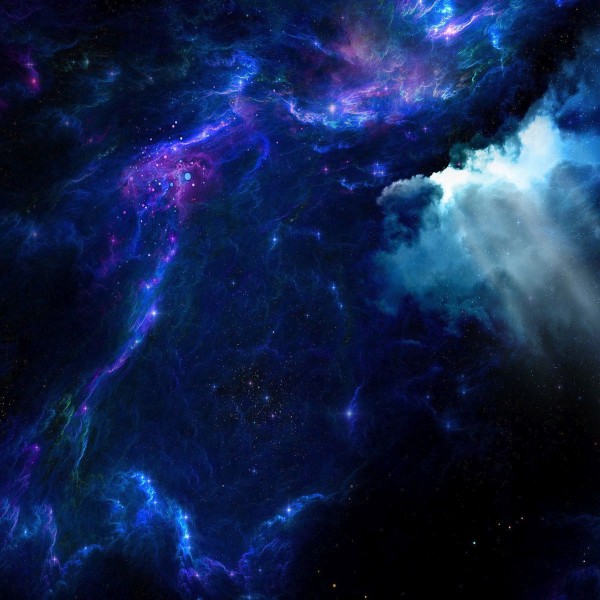 Baruch Spinoza was a Dutch philosopher of Portuguese origin. He was one of the early thinkers of the enlightenment and modern biblical criticism, including modern conceptions of self and the universe; he came to be considered one of the great rationalists of philosophy.

As a rationalist, he was member of the philosophical current which emerged in Europe during the seventeenth century. It is important to remember, the concept of rationalism is much broader, since some of its ideas and postulates were already present in ancient Greece; as an example of this, we can examine Plato and his works.

It is worth mentioning although he was a supporter of rationalism, its opposite empiricism, also makes use of reason and logic to support its arguments; in other words, the term rationalist does not mean rationalism is the only path to expand on reason, philosophy and logic, as proven by the works of Aristotle who followed empiricism.

What motivates the term rationalism, is the way in which the philosophers who follow this current or path, see and apply reason to all the reality within our world and beyond. In defining it this way, one could say Spinoza was a radical and an absolute rationalist, for he believed through the proper understanding of pure reason and what it encompasses, one could start to understand the chaotic yet very rational structure of the world that surrounds us.

Rationalists, in their search for pure and exact knowledge, focus on uncorrupted mathematics and logic; hence it is not strange that the great work of Spinoza is “Ethic: Demonstrated in geometric order and divided into five parts”, in this book, the author explains his theorems by definitions and axioms.

Spinoza although a radical rationalist, practiced real open mindedness; for that is the premise of pure logic and reason. If we pay close attention to some of his other works, we find scholastic concepts (Ockamism and Scotism) of the Hebrew tradition–the Bible, the Talmud, the Kabbalah or the works of Maimonides and Stoicism. To all this, we must add ideas from contemporary natural science, such as those of Giordano Bruno and the political theory of Thomas Hobes. For those of you who don’t know about Scotism, it is a philosophical tradition, originated by Duns Escoto (1266-1308) who along with Ockham are considered two of the most important medieval philosophers of late scholasticism.

“Scotism emphasizes the primacy of the will over the understanding, which applied to God and to creation, supposes the radical contingency of the world. It exists by a free act of divine will and could very well not have existed or be in a completely different way”

Spinoza understands by substance only one thing–that which does not need anything to exist. Who doesn’t need anything? God. Unlike Descartes, Spinoza sees all other things not as substances but attributes. Attributes are what understanding perceives of substance as a constituent of its essence. God is defined by the Dutch philosopher as the absolutely infinite being; the substance consisting of infinite attributes. This God that Spinoza spoke of, identifies with primordial nature and primordial laws (even in chaos there is order). It is this belief, the reason behind why Spinoza was considered a pantheist (those who defend the premise that the universe, nature and God are the same thing).

When Spinoza talked about God, he was referring to the primordial force which impregnates all the universes and connects everything yet it expresses itself in different facets (this concept applied to human philosophy and behavior, would mean people should recognize we are all connected but we are not all the same–we have unique gifts and abilities. This philosophy promotes individualism while maintaining solid roots to the ultimate reality or divinity which is the primordial force, not a deity)

Spinoza was a determinist…man is not free. Please don’t jump to conclusions, it requires patience and a lot of rational/logical thinking to understand this wisdom; for in it lays the wisdom of the beautiful alchemical process, yet to most it is presented as a paradox. Spinoza’s “man is not free”, is no different than Nietzsche’s love and accept your life as is. Neither were promoting enslavery to self or others, nor were they saying people should not bother developing; on the contrary, they are setting foundations– primordial laws which cannot be ignored and once properly understood, man can be free and live a fulfilling life.

According to Spinoza, everything that happens to you is necessary; everything that happens in your life; especially those related to your true passions; follow the course of nature. As such, when man accepts his real nature, he then understands his essence and in doing so lives freely within the primordial force. In the same way, Nietzsche’s love your life, meant to not ran away from life, to stop escaping life and to accept it as is–then build a plan to turn your life into what you actually would enjoy.

As you can see, the wisdom these men were teaching is powerful, for it forces us to confront ourselves, to accept reality rather than escape but to also live true to our real nature (for real nature does not destroy but expands). Their concept is no different than what Freud or the great Carl Jung tried to teach regarding depression and other disorders; they saw this as the result of not facing ourselves, not being ready to confront life as is, or not willing to live life as we would like it–in other words, we are not being true to our nature.

Later philosopher’s like Ayn Rand, indirectly tried to teach the same thing; live true to your nature; for your original nature, no matter how different it may seem to others, is exactly the best path for your own healing and expansion. It is not about denying the primordial principles imbedded in life and self but to work with them; in other words to flow (but to do so at your own rhythm. This may cause others to judge your pace or the so called mistakes you will make along the way, yet that is what “our gentle sins” refers to…lessons–wisdom is born from life experiences. Gentle sins refers to patterns which may not fit the traditional but do not stop your growth and expansion; instead fuel your essence.

Pure not corrupted reason, is the tool that allows us to achieve freedom within the primordial chaos. I hope I have explained this well enough, so you may see past what at first may have seemed like a paradox. It is through reason we can attain knowledge and freedom (Mind + Heart). Reason was never to be divided from the heart, rather united. The modern definition of reason compartmentalizes the mind and the heart, while pure reason unifies them. If you want to understand this better, a great modern example would be Jordan Peterson. Although he uses reason, his reasoning is an alignment of mind and heart. I love his lectures, books and debates; I may not agree with everything but that is the beauty of being and individual.

According to Spinoza, people think of things as good or bad based on what we desire and the cognition it has been given through our indoctrination growing up. However, according to primordial law, desires which build are never bad. He also pointed out, the desire to know, to grow, to understand, is but a testament of true faith–for one does not subjugate self and one’s power to a deity.

According to Spinoza, to love something you first got to know it; in other words you don’t build or develop faith through doctrine but through learning–understanding the very force that brought us to life and its mechanisms. That is when real faith can be born and expanded, but like anything else, this primordial force offers us CHOICE–only you can decide whether or not you choose the path less travelled (development/getting to know yourself) or whether you choose dogma and indoctrination in order to avoid self responsibility. The choice is yours!

We have 840 guests and no members online