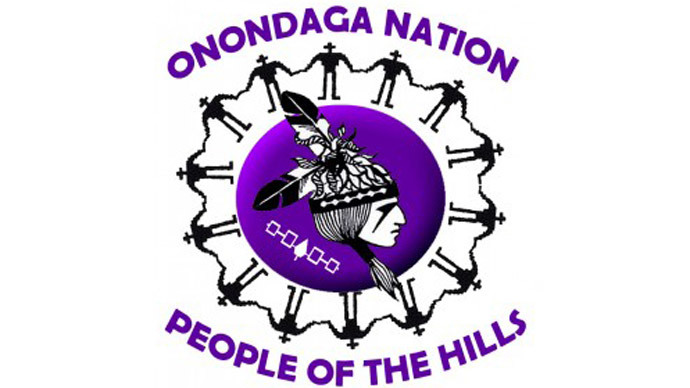 After failing to get the United States justice system to hear its case asserting that millions of acres of its land was stolen by New York, the Onondaga Native American tribe has filed a petition with the Inter-American Commission on Human Rights.

In a story posted on the tribe’s website, the Onondaga Nation claims the state of New York has stolen 2.5 million acres of land from its ancestral homeland since 1778. The announcement was also made outside the White House, where the tribe presented the original Canandaigua Treaty commissioned by President George Washington as a reminder of the commitment made to treat each other as sovereign nations.

“The failure of the US court system to protect the Onondaga Nation’s ancestral homeland has left the Nation with no choice but to seek assistance for human rights violations from the international community,” said Joe Heath, the tribe’s attorney.

According to Syracuse.com, the petition states that New York illegally acquired about 4,000 square miles of land from 1788 – 1882 in spite of treaties established with the federal government.

The Onondaga Nation originally filed a land claim back in 2005 seeking to either reclaim the land or reach a settlement regarding its acquisition, but it was dismissed. That decision was upheld by an appeals court and also the Supreme Court, which stated that, coming 200 years or so after the action was taken, the tribe waited too long to file for action.

"[The Supreme Court’s] denial is but the last step on a shameful path of injustice and inequity which the Supreme Court has engaged in for almost 200 years," the nation said at the time. "This is just another example of the shameful history of broken treaties, land thefts, forced removal and cultural genocide."

On April 15, the tribe defended its decision to seek help from human rights groups.

“The federal courts’ inherently discriminatory ruling refused to consider the merits of our case,” said Chief Sidney Hill on the tribe’s website. “Our claims for relief arise from violations of treaty protected land rights. The court ruled that our actions are too old and ‘inherently disruptive’ and, therefore, cannot be considered.”

Although the Inter-American Commission on Human Rights cannot mandate the United States to give back land or reach a settlement, it can serve an advisory role and urge the government to reconsider its position. The Onondaga tribe hopes that a ruling in their favor would help them maintain their culture and way of live, as well has help preserve the environment.

“The nation is searching for positive ruling that would allow them to continue its role as an environmental steward of the land and waters it once conserved for centuries,” Heath said