Going Solo in Nature
A+ A A- 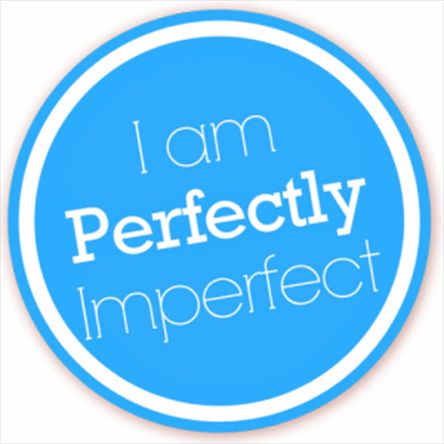 As a healer it’s important to me that I act in integrity with what I do and advocate. After all, I wouldn’t expect anyone to trust a dentist with rotten teeth! So I take the best care I can of myself on all levels, while being conscious of balance in all things. It’s also true that the longer I’ve walked the spiritual path, the more inner work I’ve done, the healthier I’ve become.

So it felt a little embarrassing to me, after many years with not so much as a minor cold, to go down with a fluey chest infection early in the new year.Now you could say that pride comes before a fall and there’s definitely some truth in that! There’s nothing like a bit of a tumble to keep you humble, and no doubt I was nurturing a morsel of pride about my long period of wellness!

As I pondered though, and isn’t it wonderful how being ill gives you plenty of time for pondering, it was very clear why this had happened. As I withdrew into my cocoon for the end of the year to think about what it was I wanted to leave behind and move into in 2015, I found a heartfelt longing welling up in me to move past all my fears and limitations around embracing the fullness of my purpose here on earth. I knew that at times I could still lack confidence in myself and what I had to contribute, had a tendency to be more comfortable with hiding away quietly, and I was now ready to let that go and to unleash my real self on the world. I began to work consciously on releasing that vibration and aligning myself more fully with my Source energy. I could feel it making a tangible difference, sensing an expansion and a growing certainty.

Boom! That’s when the chest infection struck, and it’s useful for you to know that croup, tonsillitis, laryngitis, and bronchitis were regular and aggressive companions of mine from birth through to my early thirties (which is when I began to seriously explore my spirituality). So it was as if my body was saying, “Hang on a minute, for this physical vessel to hold what you’re bringing in, we’ve just got a bit of adjusting to do.” At first it was disheartening, and a bit frustrating as I’d been in the middle of some inspiring work plans, but I know enough not to resist. So I took a deep breath and let go into the discomfort, welcoming it as a reminder of the old me, who really couldn’t say boo to a goose, and as a chance to deep clean the last, dusty corner remnants of an outgrown thought pattern and belief system that was preventing me from vibrating at my desired frequency.

I also felt it was not only necessary but vital that I shared this process, that I didn’t just go quiet until I was better and normal service had resumed. So I stated publicly and simply on my Facebook page and Twitter that I was recovering from an illness; not being dramatic about it but telling the truth. There can be a lot of pressure on us as spiritual workers, from ourselves as much as from external influences, to appear to have all the answers and to be living the perfect, joy-filled life every moment of every day. But to give that impression doesn’t really help anyone, because not only can it send people chasing after impossible perfection and setting up a lot of dangerously wobbly pedestals, it can totally demoralise someone when they don’t feel they’re approaching anything like that state of being in their own lives.

I think that in being honest about where I was, I was trying to say yes, I take of myself, yes it’s important to be wise and informed about what you put into your body and how you exercise it, it’s essential to look after your emotional, mental and spiritual well-being. But even when you’re doing all that there will still be further adjustments you’ll need to make over time as you continue to evolve. It doesn’t make you any less spiritual or a failure to be ill or challenged. We can be so quick to judge! The real test of your spirituality lies in how you respond to that illness or challenge, especially when you understand (as I do) that you create the reality of everything you experience because You know what you need most at any given time.

So I want to encourage you to keep going, keep taking the best care of yourself you can. Know that everything is leading you perfectly to exactly where you need to be be, and embrace what may seem like a setback or a weakness in the knowledge that it’s just an opportunity to dig a little deeper, illuminate another dark spot and enable your physical body to hold more light. Incidentally, the first time I felt well enough to go outside a few days ago I had the oddest experience. I was seeing two of everything, like there was another layer of reality just behind the immediately visible one. In the air all around me were millions of tiny particles, like miniature orbs of light…..

I’ve been busy catching up with existing work since then, but I have a feeling that when I revisit those pre-illness plans for the future, they’re going to look very different too.

Semele Xerri is a psychic intuitive Tarot reader, spiritual healer and teacher, and Reiki Master Teacher. To find out more about her and her services, go to her Welcome page.

We have 1197 guests and no members online