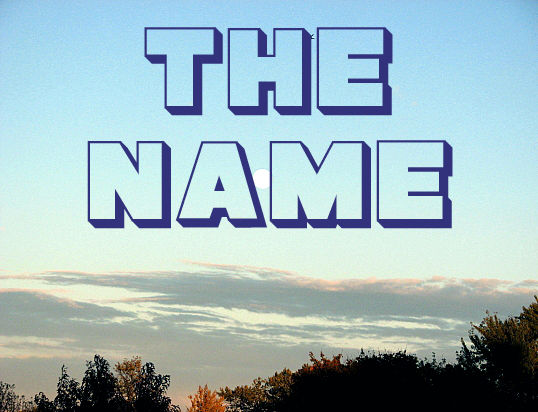 In the 1976 movie, “Network”, Peter Finch yelled, “I’m mad as hell and I’m not going to take it any more.”  Why did it take us over 35 years to feel what he felt?  In the same movie, Ned Beatty says, “There are no countries; there are only corporations.”  We’ve had this information a long time. What have we been doing with it?  Trying to remain in honour? – peace? – forgiveness? – love?   None of that worked; did you notice?

In my article, wherein I wrote, “Ye are gods”, I received a few emails which suggest that people still believe in an “external authority”. The controllers do not care which “authority” that is and the “religion authority” fraud seems to be the most efficient means used to keep us from knowing who we are.  Shifting our “authority” from gov’t, money, law, over to LORD God, Allah, or whatever is just re-arranging the deck-chairs on the Titanic. There is no authority outside the God within us. Our authority is we.

A man emailed me about how to avoid the school’s threat of “vaccinate your child or she can’t attend.”  That’s easy, eh?  Talk about two wins in one fell swoop.  Which poison is worse? Indoctrination or vaccination? The issuer of such an ultimatum ought to be made to put it in writing and sign it.  On paper, it looks even stupider than it sounds. If the word, “you”, is on paper, make them define it. Who is you?

The only thing over which they have jurisdiction is the NAME, not the man, so, if we make it abundantly clear that they can do whatever they want to the NAME, but we are not their property, they might catch on that they had better leave us alone. My ‘name’ is private and I can use it, privately, but I’d better be bloody careful if I intend to use it in public because, publicly, my ‘name’ becomes a ‘NAME’, owned by the CROWN, and my using it is in violation of §403 CCC (Personation/ Identity Theft), i.e.: fraud . Their demanding that we use it means they are enticing us to commit fraud.

The NAME belongs to the CROWN, so if we register things –children, homes, cars, accounts, businesses– then, we do not “own” them, but that which we obtained via our labour –a verifiable, logical, true exchange; i.e.: compensation for labour– is our property. Don’t make the mistake of surrendering that which was earned, to the CROWN Corporation, by registering them.

Remember, in my book, I wrote the story about the fellow in the store whose kids were acting up and he yelled at them.  Some twit woman overheard this, called CPS, and the next day ALL 5 of his kids were stolen. The following day, they returned one –the boy with no BC, saying, “This one’s not ours.”  What does this tell us?

A man’s children were kidnapped by CPS or Children’s Aid or whatever that corrupt agency is called. It seems that feeding children real food and keeping them safe from the Medical Mafia is a crime.  The children were returned only when he finally yelled, “You stole my property! Give it back!”  Remember I wrote that Jay Weidner said that the way to deal with Archons (or any bully, thug, corporate stooge) is to stand up to them, politely. Keep this in mind when you next encounter one of those automatons.

Compensation for labour in the form of cash, or any other gratuity, is not commercial, as it is based upon private contract and we get paid. Operating in commerce via public contract requires use of the NAME which gets paid and that compensation belongs to the CROWN.  Keep ALL transactions private.

In 1996, I was in court. When asked if I were the NAME, I said, “That’s not my name.”  I was in handcuffs before I knew what happened. But,now, I know what happened. They are in irons, if we do not admit to being the name.

I was in Toronto, in 2001, with an ex-friend who was stupid enough to fall for a Nigerian scam. When she realized she got fleeced out of $4,000, she couldn’t get out of town fast enough.  After I waved good-bye to her, I hailed a cop and asked him if there were anything we could do about this. I could describe the man with the suitcase, I had a telephone number, did the cops know where this gang might be?, etc. BUT, when he asked me only about the NAME and DOB, I became suspicious. When I refused to give information, he walked away, saying “I can’t help you.”  We now know that what he meant was, “I can’t make any money, if you won’t give me the account details.”

In my book, I also told about the woman who was being transferred from jail to prison. Upon arrival, she was asked her NAME.  She asked, “How can you imprison me if you don’t know who I am?”  I don’t know the outcome but I do know that they are stymied if they cannot catch us committing fraud; i.e.: if we do not admit to being the NAME.

I was at the passport office, a decade ago, and when asked if my ‘guarantor’ would know me as “Mary Croft”, when contacted, I said, “Of course”, until I remembered that he knew me by another name, which I told her. She said, “It’s against the law to go by two names.” I said, “Not if there is no intent to defraud.” She never said another word.Fraud is the issue, here. Kate is accurate. The solution is simple.

The court is banking on (and I do mean ‘banking on’) our committing fraud by identifying with a NAME which does not belong to us. This is Personation/ Identity Theft. All public agents work for the CROWN and their business is fraud. This includes their enticing us to aid and abettheir fraud. Forcing us to participate in their fraud, via threat and intimidation, which is extortion, is against their law: CCC §423 –Intimidation.

Now that the Pope has lifted their immunity, we can file a Claim of Trespass, because their intent is to make us accomplices to their fraud. To write a common law claim: use no adjectives or pronouns; define names and NAMES; use no periods until the very end; use semi-colons in place of periods, throughout; keep it in present tense; use point-form, not sentences; use “i” not “I”; use the name of the one to whom you are writing, not “you”; keep it short, calm, and lawful.  Seal; do not ‘sign’.

Be sure to include both the Pope’s Apostolic Letter: http://www.vatican.va/holy_father/francesco/motu_proprio/documents/papa-francesco-motu-proprio_20130711_organi-giudiziari_en.html   and  Kate’s:  “I Who Shall Not be Legally Named”, which exposes theirfraud and causes them to pale.  http://kateofgaia.wordpress.com/kates-writings/   Also, hear Kate and Michael:  https://soundcloud.com/mccrackeninterviewskateog/michael-mccraken-kate-of-gaia

How can the reprobates in law enforcement and the “justice system” not see that every one of their work days takes their own children closer to harm, loss, and utter ruin?  Are they just hoping that their kids will remain the “elite”?  Can’t they see that their inheritance will be stolen, just as ours has been stolen, by them? Can’t they figure what they, by their actions, are creating for their children?  It is mind-boggling that they do not grasp that which John Taylor Gatto did.  He quit the NYC school board, saying, “I refuse to harm one more child.” Can’t cops, attorneys, judges, even for the sake of their children, quit doing the dirty work of the CROWN?

Our parents were extorted, tricked, deceived, enticed, coerced, i.e.: defrauded. Had my parents declined to hand over the name, they would have been told, “But if your daughter does not have a birth certificate, she will not be permitted to attend school.” Since, back then, people thought school was a good thing, my parents would have acquiesced. That is extortion. Also, had my father not paid income tax, the “benefit” of the Baby Bonus cheques would have come to a screeching halt. So, “benefits”, based upon the BC, did, indeed, cost my parents.

I ask again, what is it which causes people like cops, attorneys, judges, to think they have authority over us? The answer can only be that someone, whom they believe has authority over them, TOLD them they had authority over others and they BELIEVED this crap!  NO ONE has a right to tell another how to live. We were created as equal and no one has authority over another. It is staggering to a logical mind that these people do not grasp this concept.

There is no hierarchy of slavery, but, when we quit using the NAME, we will be free and they will become subordinate to us. They will be in hugetrouble because many  have sworn oaths to the B.A.R. and cannot escape it. This is similar to, “It’s really, really, really difficult to get into the CIA, but it is absolutely impossible to get out.”

I wish I could get the word out that, as of a particular date, we shall all stop going to work, stop signing papers, take our cash out of the bank, and stop paying –bills, etc. everything! We would disempower them in a heartbeat.

Use of the NAME is what requires us to pay. We are meant to use our dominion.

Thank you!
ॐ Namasté - Blessings!
"Life is an echo, what you send out comes back."
© 2008-2022 crystalwind.ca. All rights reserved.
The Perpetual Growth Machine
We Are Spiritual Beings Learning How to be Perfectly Human - Part 2
The Evolution of Perception and Fear
Get This App Now!