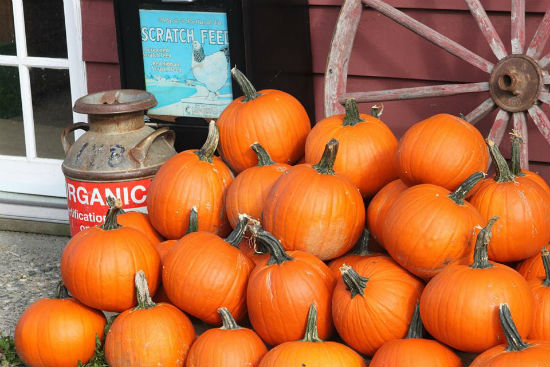 If you’re American and you love a good holiday dinner, the second weekend in October is prime time to head up to Canada. That’s because Thanksgiving celebrations are in full swing here, so you can enjoy turkey and stuffing not once, but twice–six weeks before American Thanksgiving. Score!

So what’s the difference between American and Canadian Thanksgiving? When I taught English in Japan years ago, my students were surprised to hear that there was a difference at all–but indeed, there is.

I freely admit that most of what I know about the U.S. celebration comes from American television and movies. However, I’ve celebrated many a Thanksgiving in Vancouver and can tell you how we do it based on a very scientific survey of People I Know. 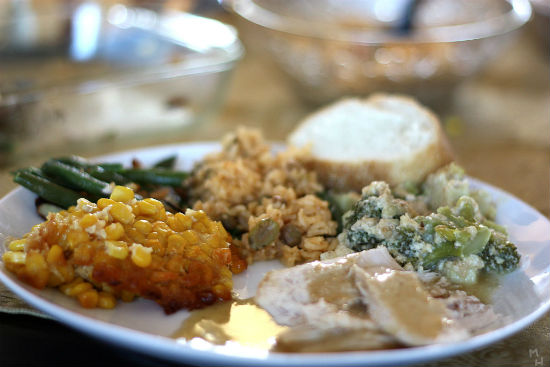 Canadian Thanksgiving is in October, not November–and it’s not about pilgrims

Why is that? Probably because Canada is farther north and the harvest comes earlier, so we celebrate it earlier.

In Feasting and Fasting: Canada’s Heritage Celebrations (Dundurn), Dorothy Duncan writes that Canadians had many different Thanksgiving celebrations before the official date was chosen by Parliament in 1957. Before any newcomers came to the land, the First Nations celebrated their crops. After that, thanksgiving celebrations were held to mark everything from explorer Martin Frobisher’s successful crossing of the Northwest Passage in 1578 to war victories to the recovery of the Price of Wales (later King Edward VII) from illness in 1872.

But as far as I know, the Canadian history of Thanksgiving has nothing to do with pilgrims and the Mayflower as does American Thanksgiving. Both holidays, however, are generally seen as an opportunity to give thanks for what’s good in our lives, celebrate nature’s bounty, and enjoy a big meal with family and friends.

While the Canadian holiday officially falls on Monday, celebrations can take place at any time over the weekend. The big meal is just as likely to happen on Sunday as it is on Monday. 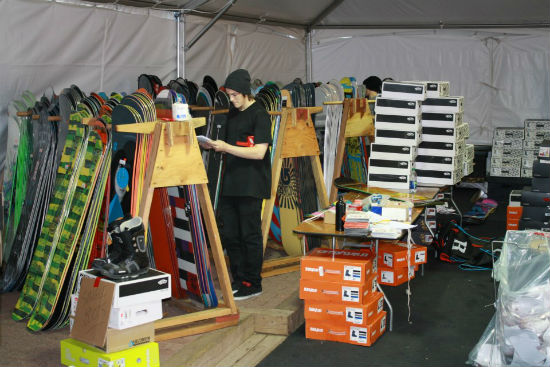 Canadian Thanksgiving is not as strongly associated with shopping

In America, Black Friday (the day after Thanksgiving) is legendary: American news reports show how some shoppers go straight from their Thanksgiving celebrations to the mall the moment it opens.

That doesn’t happen for Canadian Thanksgiving. The holiday Monday means it’s a long weekend for many people, but shopping isn’t an essential part of it. Many stores operate on more limited hours on Thanksgiving Sunday and Monday.

Don’t get me wrong–there are plenty of sales and promotions that happen on Thanksgiving weekend in Canada. (Whistler Blackcomb’s Turkey Sale, which offers deals on ski and snowboard equipment, is a good example.)

But up here, our biggest shopping day of the year is Boxing Day—December 26, the day after Christmas. That’s when you’ll see line-ups outside electronic stores. 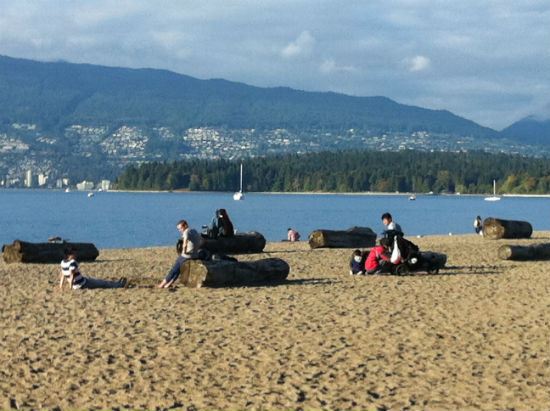 From what I can tell, Thanksgiving seems to be almost as significant a holiday as Christmas in the U.S. People fly across the country to visit family, and according to U.S. Bureau of Transport statistics, the number of long-distance trips increases by 54 percent over the six-day Thanksgiving period, while that increase is just 23 percent over the Christmas/New Year period.

Movies like Planes, Trains, and Automobiles add to the perception that people move mountains to celebrate with extended family over American Thanksgiving.

In Canada, of course, people also travel to be with loved ones over the Thanksgiving weekend. However, my perception is that fewer Canadians take time off work for long-distance travel. We stick closer to home on Thanksgiving than we do at the end of December—that’s when more people take extended time off for family visits.

Of course, Vancouverites love to make the most of a long weekend. Since the weather is often sunny and crisp, we go hiking, visit the farmers market, stroll along Kitsilano Beach, or meet for dim sum.

How do you celebrate Thanksgiving? Feel free to leave a comment below.

Thank you!
ॐ Namasté - Blessings!
"Life is an echo, what you send out comes back."
© 2008-2022 crystalwind.ca. All rights reserved.
What I Wanted to Believe
Tribute to Dolores Cannon – (October 18, 2014)
Redefining Luxury
Get This App Now!