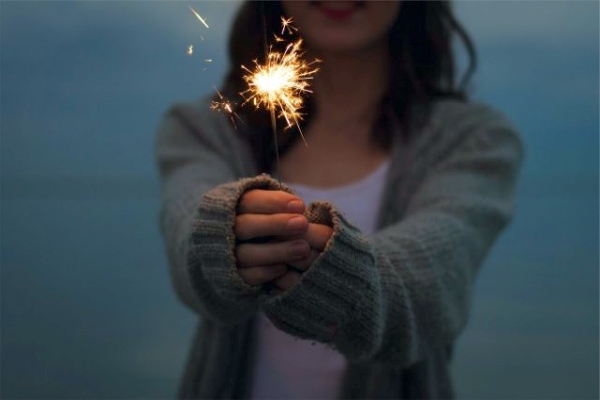 The final of three eclipses, this lunar eclipse in Capricorn begins a process of emotional repatterning in response to events and experiences over the past month. Asteroid Vesta in Cancer opposing this eclipse signifies the importance of emotional intelligence. We may feel very sensitive, and whilst this can help us navigate difficult interpersonal waters it may also muddy them and lead us into choppier seas.

Vesta in Cancer needs to be needed which can leave us feeling dejected if everyone’s managing perfectly well without us. Beware the temptation to cause a scene to get your own way or to place yourself at the centre of events. Conduct relationships consciously and hone relational awareness. Pay attention to emotional triggers and what that emotion tells you to do. But wait before you do it. Emotions are always on the move and sometimes letting them pass through on their way is the most constructive approach. Ultimately, we must be able to nurture ourselves as much as each other, and handing the responsibility for our emotional well-being to others can lead us martyr-like into misery. This eclipse provides the perfect opportunity to reflect on any area of life where we expect others to take more care of us than we do of ourselves. And then recalibrate the scales in that regard.

Asteroid Pallas, now conjunct Jupiter and Pluto in Capricorn, strengthens those who fear the implications of facing up to the new reality unfolding around us. Events so far this year have raised more questions than they’ve answered, and many people are seeking fresh perspectives. Pallas alerts us to the need for wise discernment and robust reasoning. The warrior queen known for her shrewd counsel, in Capricorn she opens our eyes to the role of authority in our lives and the impositions handed down from those to whom we give away our power.

As such, this eclipse is about the reclamation of independence and its energy is best used supporting each other to that end. We may feel moved to dedicate ourselves to a cause or ideal and cultivate a purposeful focus. A sense of urgency is arising and many feel a building pressure to take action. The end of this year sees a new cycle beginning when Jupiter and Saturn form a conjunction in the 1st degree of Aquarius. The intervening time will be infused with the flavour of this eclipse which initiates the final stage of Pluto’s journey through Capricorn which began in January 2008. By the end of this year Pluto will have few allies in the sign of the goat, with Saturn, Jupiter and Pallas having moved into Aquarius. This is also the last of a sequence of eclipses in Capricorn which began in January 2019. All of this points to the gradual shifting of energy away from authoritarian ‘top down’ control and into a more egalitarian dispersal of power among the people. This shift places a weighty and yet liberating responsibility in our hands as we must each decide the role we want to play in the creation of our new world, while Pluto approaches its final departure from Capricorn in November 2024.

This internal pressure of burgeoning change is akin to sitting atop a roller coaster as the carriage creeps, ever so slowly, toward the highest tipping point before gravity intervenes and we’re hurtling down no holds barred. Such moments are accompanied by excitement and fear. Anticipation and trepidation in equal measure. We can’t go back and we know we’ll soon be going forward so fast there’ll be no stopping us whatever happens. But the present is one of pressured limbo pushing upon us from all sides, demanding courage, audacity and faith. Frustration mounts and tempers fray. Patience may fail us and the need for a release of pressure can cause us to act with a reckless disregard for consequences. But sometimes reckless disregard is wisdom in disguise. Only we know whether we’re motivated by a reliable inner voice or our emotions run ragged by the demands, conflicts and impositions of this unprecedented time.

Above all, this eclipse signals the need for each of us to own the outcome of this process now. To step out of any sense of martyr or victim and into our own sovereign, yet collective, power. Mars entered its own sign of Aries on 28th June, where it will remain for six months. This is an empowered Mars, fired up and ready to go without hesitation! We can draw on this energy to assert our right to discern for ourselves the truth of a matter and act as that truth requires. But wise action demands heightened awareness as we navigate the current challenging terrain. How easily we could descend into conflict, pitted against each other by those who gain from our division and pain. Mars in Aries lacks the discernment of moral reflection when the fuse has been lit! Which is why nurturing emotional intelligence may just be what saves the day when tempers flare, as many are doing right now.

In the coming six months, several narratives will further unfold and divide us if we let them. Mars in Aries can stoke the flames of conflict or assert the need for common ground on which we can work together to reclaim our collective future. We always have a choice and never has it been more vital to choose well. Aries is the sign of new beginnings, but we’re not quite there just yet. There is much to be laid to rest first, even as we look toward the future with Mars by our side. Neptune in its own sign of Pisces, the final sign of the zodiac, marks out the passage of this ending which will take a few years yet. We are straddling the old and the new, the past and the future. A tired, worn-out paradigm and a fresh way of being so far removed from what  we’ve seen before that even now we can’t yet envision what’s to come. But here in the present moment, as the moon is eclipsed in Capricorn, we can rest assured that this world is awakening from a deep and numbing sleep, to rise phoenix-like and greet a brand-new dawn.

We have 1528 guests and no members online