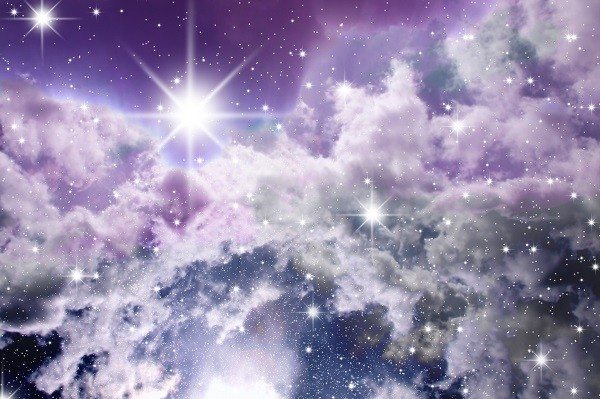 September begins with the full moon lighting up the night sky from the sign of Pisces. The sun and moon are in a harmonious aspect with Uranus, the planet of change. The time or help that we give to others, family, friends, perhaps neighbors or even an organization we belong to is shown to us more clearly. If we have felt that we are sacrificing too much or being taken advantage of then subtle changes can be made without too much strife.

The tension of this full moon lies within a complicated pattern between Venus, what we love and value, Mars in Aries; determination to accomplish, and Saturn, obstacles and restrictions. This combination leads to frustration when the differences are not willing to work together.

Venus in Cancer knows what she wants; being safe and secure whatever that means individually. Mars wants decisive action and speed. Saturn sets high standards and demands patience and to know that action today even if delayed gratification rewards with success in the future. There is a cross roads happening this month being kicked off with the full moon to make decisions that lead to feeling secure in what you love and want most. Mars in Aries will help with motivation and Saturn will help with planning and patience.

Mars retrograde is September 9th at 28 degrees of Aries. Look in your chart to find where the sign Aries occupies. That house will tell you what area of your life Mars is activating for you to take initiative to do more in that sector of your life. The Sun is opposite Neptune at the Mars station; use your intuition to know what to do and how much effort to put into the areas of your life that are being called forth for more action.

Mars station (standing still) is once again complicated with a square (conflict) to Saturn and Pluto in Capricorn. Frustration over what began in January boils over. The pandemic of 2020 is a major part of this frustration with anger over what could have been done. The race to find a remedy and vaccine takes a pause as researchers will be going over the findings with a detailed discerning Virgo eye. Throwing out what didn’t work and perfecting what does.

The asteroid Eris, the goddess of discord, is with Mars and Square Saturn, a backlash to any government rules and regulations overstepping personal choice.

Three days after the Mars retrograde station Jupiter is stations retrograde on Saturday the 12th. The pulsations of the planets are palpable three days before and three days after when they change direction. The overlap of Mars and Jupiter between the days of September 9th - 12th contributes to a herculean belief that you can do it all, even beyond what seems possible.

Jupiter moves direct at 17 degrees of Capricorn exactly trine (harmonious) the Sun. Having faith and belief in your path is paramount to success now. Whichever sign Jupiter is in the job of Jupiter is to bestow confidence, expectation and to expand. In Capricorn it wants to expand time, effort, dedication, boundaries, (social distancing anyone?) goals, accomplishment. The weekend that Jupiter stations is an excellent time to journal, (a good Virgo thing) what is important to you and to ponder what you want not only for this month or year, but for years to come.

The Virgo new moon on the 17th is exactly trine, a harmonious aspect, with Saturn and Pluto. There are complications with this new moon, it is square the nodes of the moon generally considered a time to being stuck between a rock and a hard place.  Uranus is shaking up carefully planned routines, while Mars is at a quincunx demanding action but in a way that is not comfortable and requires constant adjusting to the schedule. Gratefully with the harmonious aspect to Saturn and Pluto with dedication and focus all the desires of Virgo new moon can come to fruition.

Virgo new moon time is excellent to getting all the little things finished in life that have been set aside. It is a favorable time to learn new skills and to take up a healthy lifestyle. Virgo desires order in life. Wherever you feel your life is or has become chaotic now is the time to take action to have more clarity. If it is something that is not physical, chaos in relationships for example, then write down the facts of the relationship. That helps clarify and puts it in order. If it is a mess in the closets or drawers, that is obvious. Virgo new moon suggests that when your physical world is in order, the rest of your life will follow.

The Sun moves into Libra on the 22nd marking the fall (spring down under) equinox. There will be continued tension and disagreement among the fracture that exists in the world especially in political spectrum. This is shown through Mercury, the planet of speaking and the mind opposite the conjunction of Mars and Eris, assertive self-righteousness, all square Pluto and Saturn in Capricorn the symbol of the transformation happening on the planet and protest against authoritarian measures.

The moon is in the sign of Sagittarius, the people also conjunct a fixed star called Antares; one of the four royal stars connected with ArchAngel Uriel. Uriel is the watcher of the west, and has been called the angel of light. The word Antares comes from the Greek Ant, = against and Ares (Mars). Uriel was also known as the archangel of wisdom and light.

On a personal level this entrance into the next quarter of the year is find peace and balance (Libra) through prayer, wisdom, and seeking (moon in Sagittarius with archangel Uriel) to speak one's truth with fairness, certainty and conviction. (Mercury in Libra opposed Mars in Aries square Pluto/Saturn).

Venus is the ruler of Libra, the ingress, and she is in Leo with Vesta the sacred keeper of the flame.  Holding true to your hearts wisdom and keeping the sacred flame that inspires alive is key to traveling through these trying times. In keeping your inner sacred flame alive you will feel the protection around you, know what to believe and what is left to seek more truth as you stay above the fray of discord as the transformation continues on the earth plane towards a fairer more just world.

The month ends with Saturn moving direct from 25 degrees of Capricorn. This is finishing a cycle that began early February 2020. Perhaps it has to do with a remedy for the Covid-19 that the general population in the world became aware of. In your personal life if you have been grappling with a difficult choice or decision since earlier in the year the wisdom and confidence to make a choice now is clearer. Mars is exactly square Saturn during these days suggesting that you may know what you want to do yet feel cautious in taking the step forward.

For the last months the relatively newly found transneptunian planet Charliklo has been together with Saturn. This began in January and again is culminating in September. This can be a time when we feel frozen, such as not know what to do or stuck. Certainly, the being stuck or frozen in place rippled across the globe beginning in January 2020. The key to understanding and being comfortable with this energy is going to a deep place of stillness. The stillness within allows for peace and acceptance and an inner knowing of the divine path being revealed for you.

With love, light, and gratitude, Donna