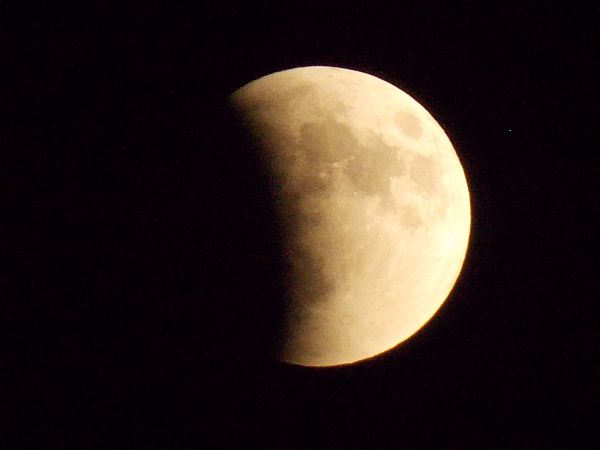 This Full Moon comes with a with a total Lunar Eclipse visible in much of North and South America and in parts of Europe, Middle East and Africa. Whenever you have this combination, the intensity increases, people could be reactionary, overly impulsive, and emotional highs and lows are exaggerated. We have been in this window between 2 eclipses since the New Moon on the 5th putting the screws on to our self reflection of what we need to do, where we need to go, what we need to change, what to keep, what to release, who we are, and who we are not. Once this Eclipse window is over, we get to come up for some air and reshuffle our lives based on emerging decisions, choices and intentions.

Despite the intensity, it is crucial that you focus on your personal truth regarding your intentions, dreams and desires. Don’t get derailed by drama that is not yours and make sure to be around people and in places that you love and feel inspired by. Any prayers during this time will be greatly supported so be generous with them.  What do you have a passion for? Embrace it and put forth your desire to explore it in the adventure that is your life. Include a little gratitude as well for all that you do have and all that is going well.

It is also a good time to focus prayers on how you wish to experience your world. Without judgment, blame or attachment to how it should look (in your opinion), imagine how it would feel everyday if you woke up feeling the inspiration, beauty and joy of a cooperative, compassionate and loving planet.  Put that prayer into your heart and project it like an arrow into the world. There are a lot of things in this world you cannot control, but your prayers are something you can. So pray your very best during this intense and powerful time, not only for yourself but for all your relations.

This is a good time for change, commitment, putting yourself first, expanding your growth, pushing beyond your comfort zone, thinking outside the box and dreaming big. Lets set some good intentions and do it!

Here’s a cycle I’ve been watching and contemplating.  All the New Moons since last October and continuing out to April 2019 have been at 15º, right in the middle of the 0º-30º of the sign. In addition, all the Full Moons since November and through March 2019 have been/and will be at 0º of the sign.  This is a first for me in watching the heavens for many decades.  0º is, of course, the seed, the beginning, the vibration that sets all in motion.  But what about 15º?  I offer this:  Connie Kaplan in The Invisible Garment analyzes the spiritual principle of each degree.  “Resistance” is the quality of 15º, but not the kind of opposition or defensiveness we are programmed to assume.  She defines it as, “Resistance is something else altogether.  Resistance is a friction that causes energy to experience itself, transform itself, and realign itself with greater purpose”.  So the cosmic cycles seem to have a strong, mildly hidden, but deeply felt message for us.  At each New Moon 15º, our resistances are deeply felt and brought to the foreground, and each Full Moon 0º during this extended period allows us to begin anew as we are lifted higher in a spiral dance of evolution.  I find the cosmos is often kind in that it happily repeats significant messages for the denser among us – self included.  (Read more link here)

We have a total Lunar Eclipse this month visible in totality throughout North and South America, and to varying extent in Europe, Middle East and most of Africa.  As a ‘supermoon’, it is closest to the Earth and the Sun, Moon and Earth are in close alignment magnifying the effects.  May your skies be clear!

A Leo Moon is a moon of the heart, an expansive fiery time of being drawn to shake your mane out and let your roar be heard.  A time unabashedly to be full of the strength and courage at your core and let your generosity be seen.  Leo is full of warm hospitality, with a love of attention, theatricals and playfulness as well as passion.  The only sign ruled by the Sun, Leo has long been considered a sign of royalty and The King.  The star Regulus (regal) in the constellation Leo is considered one of the four royal stars and is one of the brightest in the sky.

Eight hours prior to the 0º Full Moon, the Sun has moved into Aquarius, a fixed air sign, for the next month.  The sensitive among you may feel that shift as a lifting and freeing as we have been sorely lacking any air planets and any objectivity, perspective and flexibility as the earth signs predominated so intently in Capricorn.  It also gives us a predominance of masculine signs now, so we are more prone to take initiative, make decisions, draw a line and stir things up to get moving on our plans.  More clarity, easier to take action.  We are still in that period of all planets moving forward, none retrograde, until March 5 when Mercury goes retrograde in Pisces for three weeks.  So we feel the energy to create, initiate, step into something new, fill our schedules, overbook, whatever it takes to be productive.

Eclipses are caused by the alignment of the Sun and Moon with the Nodes.  In this chart we have the Sun along with Mercury closely riding with the South Node.  Pluto, just a few degrees away, points to some transforming communications.  If you have something stuck in your craw and haven’t been able to spit it out and get clear with what you need to say or how to say it, it may just get unexpectedly revealed.  They say, ‘the truth will set you free’ and for better or for worse, with the bright and intense Leo Moon spotlighting communications that transform and release the shadow power and intensity of Pluto, things just might be different for you after this eclipse window.

And if you think you’ll just hunker down and wait the eclipse out, well, Uranus in Aries squaring the North/South Nodes is prone to unexpected, sudden, game changing, lightening bolts precisely thrown to shake up and shatter what wasn’t really working any more any way.  Or at least loose-lipped, where did-that-come-from blabbing that you NEVER meant to say that is clearly dripping in truth serum!

Pallas Athena, that great strategist, healer, and protectress aligns with the Nodes and Uranus to form a Grand Cross with Sun Moon, Mercury, Pluto, so it’s a collective squeeze as well as a personal one.  Pallas Athena in Libra will add a balancing, mental energy most welcome.  Ceres also, goddess of agriculture, the earth and the rituals and passages of fertility and renewal is splendidly situated in relation to the Moon and Sun and even Chiron.  Healing rituals for yourself and the earth, acknowledging the cycles of the Sun and Moon, honoring the culminations we are experiencing so intensely at this time will keep you in the frequencies of gratitude and out of chaos.

Venus and Jupiter ride together in the sign most filled with optimism and enthusiasm ~ Sagittarius.  What a sweet blessing this pair is helping us to open up and embrace what is foreign, exotic and expansive to our ways of seeing the world and the people around us.  Venus’ square to Neptune helps to blur the edges and dissolve any limits on our ability to envision the world we want to manifest.  Compassion is strong for the suffering we see acted out on our planet.  We feel it deeply.  Our hearts are being stretched.

By the end of the month, Saturn (Capricorn) and Neptune (Pisces) both 15º will make the first of three sextile aspects this year.  An opportunity a portal, three passes, three opportunities to stir the brew created by physical reality and spiritual reality ~ the visible and the invisible worlds.  Barriers dissolve, faith catalyses reason into action, moorings are loosened, the dreams of collective consciousness sway into concrete realities.  Intention is everything.

Anna’s Post Full Moon/Eclipse Remote Shamanic Healing on Wednesday, January 23 at 7PM MST is a great way to clear confusion and settle into the timing flow of your intentions through a higher vibration. (Link here) Those in Santa Fe may want to register for this at the Santa Fe Salt Cave for an even greater experience of well being. Space is limited 505-365-2875

Power Path Shamanic Tropical Retreat. February 6-12 or February 13-19. Take a break from Winter, do something for yourself, and join us in Mexico for an exquisite experience of relaxation, nurturing and powerful growth and transformation. The theme of Support will include not only deepening connection with common guides and allies but also learning to use the personality of the year as a support and an ally instead of a challenge. (Link here)