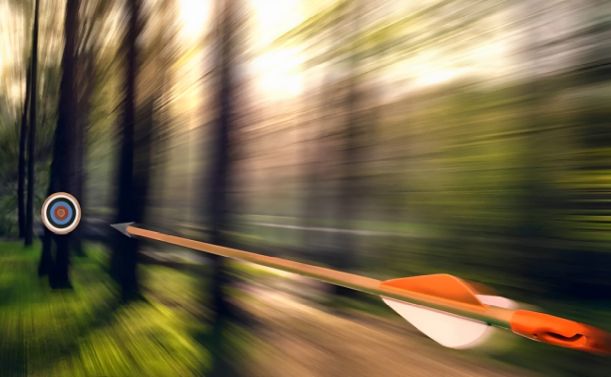 The New Moon in Aquarius on January 21, 2023, coincides with Mercury quincunx Mars. So the meaning of the New Moon January 2023 astrology is using patience and forethought to implement brilliant ideas.

The January 2023 New Moon aligns with stars that act like Mercury quincunx Mars. And so do the stars that align with Mercury and Mars. This is amazing synchronicity, but it also increases the risk of rushed thinking leading to impulsive actions.

The New Moon on January 21, 2023 is located at 01°32′ Aquarius. It is directly aspected to Jupiter (sextile) and Pluto (conjunct). But these have only a moderate influence because the aspect orbs are relatively wide. 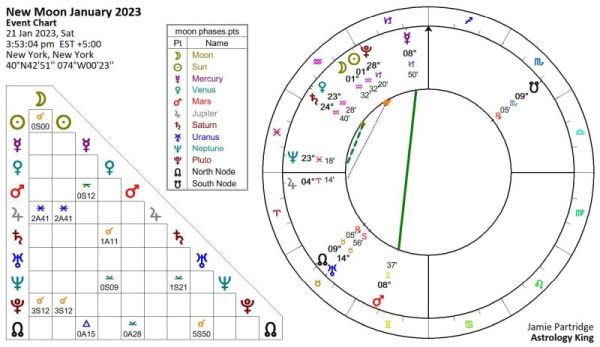 So, the New Moon in Aquarius 2023 is excellent for making a fresh start, turning over a new leaf, or starting a new project. You can also question old habits, behaviors, and beliefs as you search for new and inventive ways to progress.

The January 2023 New Moon is in the Sign of Aquarius. But as the image below shows, it sits between Constellations Sagittarius and Capricornus. The Signs and the Constellations do not match up. Over the last 2000 years, the Constellations have moved nearly 30° out of alignment with the Signs because of the precession of the equinoxes.

The Zodiac was invented only as a measuring device. The ecliptic line in the image below matches the degrees in the horoscope above. Like the original astrologers, I use the Constellations and fixed stars for interpretation, not the Signs. 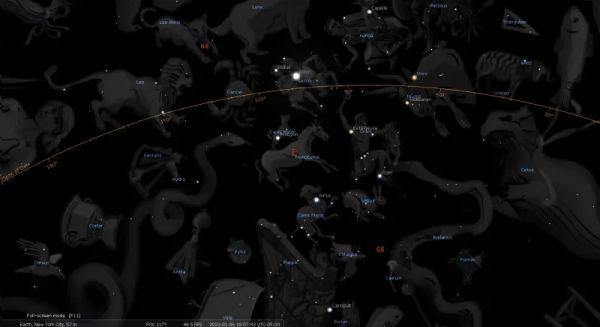 All the stars listed below align with the January 21 New Moon. The closest by longitudinal degree belong to Constellations Sagittae the Arrow and Cygnus the Swan.

Beta Sagittae has a stronger influence on the New Moon January 2023 astrology than Beta Cygni. This is because the Sun and Moon have already passed Beta Sagittae.

Constellation Sagitta the Arrow is said to give a keen mind with the ability for abstract thought and teaching or writing, irritability, jealousy and danger of hostility and bodily harm. [1]

Alpha and Beta Saggitae give a keen mind and a great deal of intellectual energy, with the tendency to be combative and opinionated. Rather violent weather if occurring in significant places in a chart of the new or full Moon. [2]

Mercury quincunx Mars quickens your thinking and your speech. Many bright ideas may come out of nowhere, and you will be eager to implement them. You may also be keen to share your ideas with anyone who will listen. This can be a very productive New Moon, especially for work requiring brainpower, creativity, manual dexterity and persuasion. You can fight for a worthy cause, gain publicity and convince others.

However, impatience, competitiveness and outspokenness bring the potential for arguments, conflict, and crises. Your sharp tongue and quick temper could also bring fierce rivalries, public scandal, and notoriety. A tendency toward rushed thinking, anger and speaking impulsively also increases the risk of arguments. Nasty words and mental cruelty now would have karmic repercussions.

It is important to decide on one thing and stick to it. You may worry about getting things done on time, do too many things, or work too much. Rushing about and acting impulsively bring the risk of accidents, cuts and burns. So it is essential to take regular breaks and try to relax. Slow down, listen to advice, and think twice before making important decisions. Patience, forethought, and the development of informed opinions are your keys to success.

Mercury conjunct fixed star Facies at 08°36′ Capricorn makes people extremely driven and focused but sometimes ruthless and selfish. This nebula is associated with accidents due to careless actions, illness and violence.

Mars conjunct fixed star Ain at 08°47′ Gemini makes people abrupt, aggressive and courageous with a lack of concentration. This star is associated with sudden events, violence, fierceness, wounds or injuries to the head and contradictions of fortune.

Commenting on this aspect, Greg said:

This time is especially interesting, when both Mars, then Mercury, go retrograde and stop on the 8th degree of Gemini and Capricorn. Exactly. At 150°. Synchronicity at work!

More synchronicity comes from the stars that align with Mercury and Mars. These stars bring rushed thinking, violence and accidents, just like Mercury quincunx Mars.

The planets most affecting the January 2023 New Moon in Aquarius are Mercury and Mars. This mentally aggressive influence comes from a planetary aspect and fixed stars that align with Mercury, Mars and the New Moon.

Mercury quincunx Mars climaxes only 8 hours before the New Moon. Mercury direct on January 18 means this aspect stays within a one-degree orb from January 14 to 23. So the January 21 New Moon takes on the energy of this aspect, amplifies it, and extends its influence for another four weeks.

The uncanny similarity of the fixed stars to Mercury quincunx Mars is a fantastic example of synchronicity at work. But it also further amplifies the risks of intellectual debate rapidly spiraling into fierce disagreement, insults, threats, and impulsive acts of hostility. The January 2023 New Moon astrology also indicates violent weather, military attacks and ambushes, and missile strikes.

To summarize, remember to slow down, listen to advice, and think twice before making important decisions. Patience, forethought, and the development of informed opinions are your keys to success.

If the New Moon January 2023 astrology directly affects your Sign, you can read about it in your free Monthly Horoscope. Finally, see Sun Transits for more details about how it affects your natal chart.