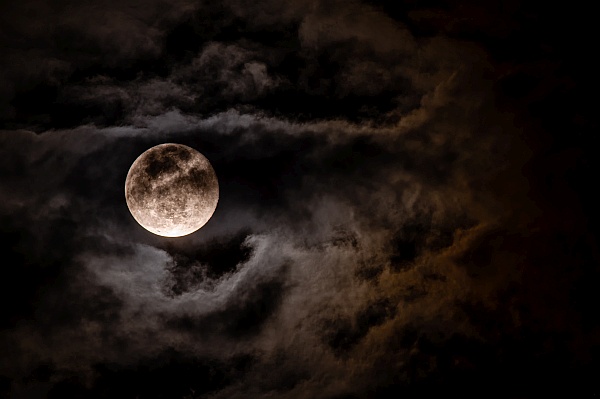 I have seen many storms in my life. Most storms have caught me by surprise, so I had to learn very quickly to look further and understand that I am not capable of controlling the weather, to exercise the art of patience and to respect the fury of nature. ~ Paulo Coelho

On August 3rd, we have a Full Moon in the sign of radical and individualistic Aquarius. This is the first of 3 Full Moons over the next 6 months, that are going to closely aspect Uranus (August 3rd, October 31st & January 28th). These 3 moons are like turning points in our year. Something of a sea change. Something that could prove to be both surprising and riddled with unexpected developments. Aquarius is a sign of progressive and innovative ideas. But with Saturn exactly opposite Mercury, we are also asking ourselves: What needs to end in order to move forward? In what ways are we holding ourselves back? What is no longer relevant for who we are now as a people? Mercury in Cancer, with the clarity of innocence, with her heart on her sleeve, and in the voice of her people, insists on speaking the truth. And we are asked to pay attention.

If voices are being silenced, censored or not taken seriously, this will not bode well. Any repression, suppression, limitation or control will not be tolerated in the light of this rebellious, audacious Full Moon. The tighter the reins the more volatile and unpredictable this week is likely to be.  It is time for us to be clear, even in the face of extraordinary forces that are so ingrained in our society, that we are better than that. That we are outgrowing the time worn shells of our own making. We are daring to evolve.

The series of Uranian Full Moons that culminates with the last Full Moon on January 28th, fall in the “fixed" signs of Aquarius, Taurus and Leo. The 4th fixed sign of Scorpio will feel these Moons as well. Fixed signs are generally where we prefer things not to change. It is where we prefer a modicum of security and stability. And then Uranus comes along to challenge all that. And sometimes the status quo needs to be shook up. Because sometimes that is what is needed in order to grow.

Wherever we have these signs in our charts, are where we are going to receive a little jolt of lightning with each of these Full Moons. This can be a surprise, a swift and sudden change, a moment of illumination, a change of plans, even something shocking and unexpected. Uranian events can feel disorienting as a result. But they are also about growth, and pushing back on those things that are prohibiting our evolutionary progress. Uranus can literally pick us up and get us out of the ruts we have got ourselves into. It would not be unprecedented to have the feeling that whatever is revealed in the light of the Full Moon, will some how change the very landscape of our lives.

Rules are being broken; Rules are ignored; plans are being disrupted; sudden events change the landscape; rebellion against the status quo; opportunities are opening up for us to take that next step forward; evolutionary growth and the growing pains that accompany these extraordinary times of change.

This Full Sturgeon Moon in Aquarius is not only square Uranus, it also comes less than two weeks before the Uranus station on August 15th, marking the beginning of the Uranus retrograde phase which will last until January 14th. It is during these 5 month retrograde periods each year that we assimilate and accommodate the changes in our lives. Either by internally acclimating to whatever changes have already occurred, or by internally preparing ourselves for changes that we are planning to make in the future. Either way, this series of Full Moons, August 3rd, October 31st, and January 28th, are letting us know that something interesting this way comes. And it’s only beginning.

Change has a considerable psychological impact on the human mind. To the fearful it is threatening because it means that things may get worse. To the hopeful it is encouraging because things may get better. To the confident it is inspiring because the challenge exists to make things better. ~ King Whitney Jr.

We have 1480 guests and no members online