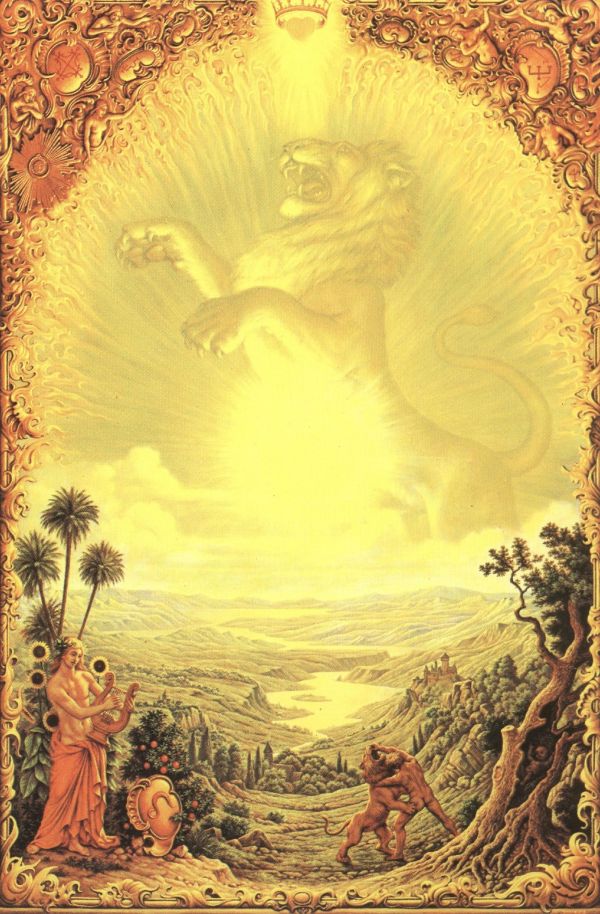 Life begins at the end of your comfort zone. So if you’re feeling uncomfortable right now, know that the change taking place in your life is a beginning, not an ending. ~ Neale Donald Walsch

We have the creative and sunny New Moon in Leo on Sunday, at 9:51 am here in New York City (6:51 am Pacific Time and 1:51 pm Universal Time). Our lion is crouching back on its haunches, just ready to make its move. For with an active square to changeable and unpredictable Uranus at the New Moon, almost anything is possible. Uranus is a planet of innovation, invention, and evolutionary change. So this New Moon is an important milestone for this year of transition and change. And this is just the first of a series of New Moons over the next 8 months that will be making some sort of aspect to Uranus, all the way through to the Solar Eclipse in Taurus on April 30, 2022 (which is conjunct Uranus).

If any sign is going to launch this series of New Moons, Leo is certainly well positioned to do so. A sign of vital energy, creative enthusiasm, and confidence, we will need this surge of unenviable energy just to get us started on our journey. New Moons are times of potential, when the stirring of life is only just beginning in its nascent stages. And you throw in a dash of Uranian possibility and the world will begin to unlock and unravel all at the same time.

Change can be difficult. Squares imply that there could be some conflicting feelings. And that is certainly true in 2021-22 with the prevailing Saturn/Uranus squares. There will always be some conflict when confronted with changes, as a part of us clings to what is familiar, and what we are used to, while still trying to adapt to a new reality. For some these conflicts will be more dramatic than others, but we’re all going to be feeling like we’re riding this evolutionary roller coaster of change over the next 8 months of our lives.

Uranus at its best is a planet of individuality and originality. When positively expressed it allows for honest and authentic expression, brilliant and ingenious discovery and invention. In our own lives it can bring sudden awareness, new and useful technological innovation, and can awaken us to new possibilities. Uranus also has its shadow side, which is marred with controversy, shock, contrarian attitudes, and even destruction. Uranus can bring mayhem and madness when misused. But it is also our path to revelation and raw creative genius. May we use it well.

With this New Moon, make the intention to be open to the changes that are being brought to you, for they are trying to open up your life to possibility. Resisting them will be futile. It may take a little adjustment, but doing so will bring growth in ways that you might not have even thought previously possible. You will find that if you resist any changes that are necessary for your growth over the next 8 months, you will feel extremely restless. In some way we are outgrowing our current (or in some cases, former) circumstances, and it is time to be free to explore these new and untried paths.

When we least expect it life sets us a challenge to test our courage and willingness to change; at such a moment, there is no point in pretending that nothing has happened, or in saying that we are not ready. The challenge will not wait. Life does not look back. A week is more than enough time for us to decide whether or not to accept our destiny. ~  Paulo Coelho