Hansel and Gretel
A+ A A-

The Power of Morning Dew 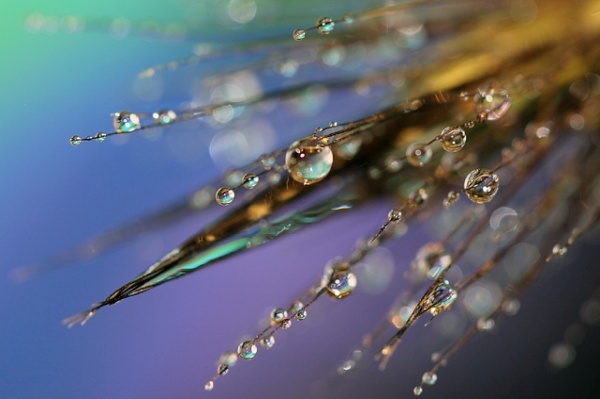 Forest and meadow dew have always been considered a kind of model of miraculous living water. It was often used in medicine, alchemy and cosmetics. This pure water absorbed not only the power of the plants on which it appeared and from which it was collected with all caution, but also the power of celestial bodies, acting at specific moments on these or those events.

The dew collected on the field flowers was drunk during conditions of melancholy and during the decline and lack of life force, while it had to be collected at dawn. The dew that people used to collect from nettle leaves at sunrise in ancient times was used for hair, not just as a tonic. For a long time, women's hair was considered something mysterious. The nettle dew applied to the hair was considered a reliable means of protecting the girl's honesty and untouched reputation, it could protect it from slander and gossip.

Clover dew was again considered an excellent remedy for quarrelsome nature. It happened that a man secretly mixed clover dew into her drink, food or even washing water so that the woman would not know, in order to improve her character.

Dew collected after the night of the full moon at sunrise from hops was a recognized means of enchanting the object of love. It was necessary to give his chosen one to drink the water into which the hop dew had been mixed, or to spray his clothes secretly with this dew.

Dew, shaken to the sunrise by wormwood or thistle, was able to get rid of the bewitch and also drove away evil spirits. The sick were washed with this dew and cast spells.

Dew collected on fragrant flowers was used for washing to preserve beauty. In Japan, there is even a special holiday dedicated to chrysanthemums. During it, special pieces of cotton wool are placed on the chrysanthemum flowers, which soak up the magic dew. Then the face is washed with it.

Dew is also associated with an ancient ceremony associated with the New Moon and the worship of fertility. At night, in the new meadows in sunken meadows overgrown with tall grass, far from human eyes, young women bathed in dew as they ran through the grass that was covered for her. It was considered a reliable means of early pregnancy, easy childbirth, and male fidelity.

In ancient times, there was also the custom of washing with dew from flowering trees. This extremely pleasant procedure is practically forgotten in today's chaotic times. Which is a great pity, because not only does it help maintain the perfect condition of the skin, but it has an overall healing effect on the whole organism.

In medieval Europe, in addition to other special ceremonies, the girls had to wash themselves with dew collected from the blooming hawthorn flowers on May 1 (the pagan festival of Beltan). Hawthorn was considered a magical plant. There was a belief that a girl who underwent this ceremony would enjoy good health throughout the year, and women would regain the beauty and freshness they had lost with age.

However, the number of sharp, quite long thorns on the twigs and the very unpleasant abrasion of hawthorn flowers turned this useful ceremony into a difficult test. With flowers of bird cherry, cherry, apple, pear, lilac or jasmine, it was something quite different. When the flowering of these trees or shrubs is just beginning and the buds are only half open, go to one of these plants in the morning at sunrise, immerse your face in a fluffy, dew-soaked white-pink flood and last a few minutes. Inhale the wonderful scent. You will feel the skin being fed with cold and fresh floral dew. Then, without wiping your face, slowly walk away from the tree or shrub, adjust your face to the first rays of the morning, and allow the beneficial healing moisture to dry naturally.

In ancient times, all who wished to gain and maintain good health, long youth and beauty did so. The sick, the helpless, and the elderly were brought close scarves soaked in the morning flower dew to put on their faces.

Elements of ancient magic and folk knowledge of the natural healing properties of plants are intertwined in these ancient customs. Dew, which stays on the leaves and flowers of plants all night, is actually a kind of cold infusion from plants, which contains not only biologically active substances, including rare ions manganese, molybdenum and zinc, which are rich in flower pollen, but also energy information, ie wave component, which cannot be touched with the hands, but the effect of these components of dew on the organism can be fully felt.

We Are All Multidimensional Beings - The Antarians

Learning How to Adapt

Old Patterns - Teachings of the Masters

We have 1820 guests and no members online