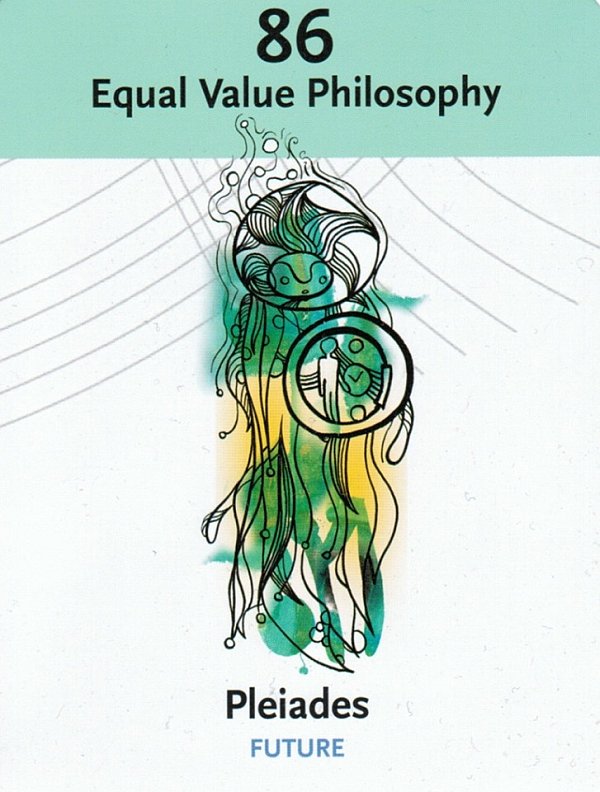 We have spoken about the ego many times and have defined it as a neutral mechanism through which you can navigate and experience separation in the reality of third density. Because that realm is ruled by polarity, the ego learns to identify itself through its preferences, beliefs, and categorization of reality. (For example: “This is good, and that is bad.” “This has more value than that,” etc.) As this polarized viewpoint takes hold, the ego begins to chase the desirable and resist the undesirable. Then, suffering begins. This is a common experience for most civilizations as they experience a third-density reality.

Now that your civilization is in its early stages of fourth density, the behaviors of holding on to old belief structures, reinforcing the need for categorization, and chasing desires no longer feel compatible with your expanding consciousness. Yet your society is based on those polarized ideas. The more you repeat those behaviors, the more you suffer. Many of you have already begun seeking a new way. This new path is not connected to anything outside of yourself. It has to do with finding a path that leads you away from internal polarization. What do we mean by that?

The best way to describe this is to look at the 4th density Pleiadian civilization. We can use a simple analogy about Pleiadian society that many of you have heard before. It is simplified, but it gets the point across. Let’s say that Pleiadian A’s life work is to build homes. Pleiadian B’s life work is to create clothing. On 3rd density Earth, these two products (a home and a sweater, for example) are not equal in value. However, within Pleiadian society, they are absolutely equal. Why is that?

Each item (a home or a sweater) is the expression of a person’s creativity, excitement, and life purpose. Each item was created with full consciousness and heart. Therefore, they are seen as valid exchanges. If you look at a Pleiadian planet as a whole then, there is no monetary system. All people express their life purpose and all the needs of society get met. A human might think of this as wildly impractical. Who would deal with the trash? But in a free society such as this, there would always be an inventor whose excitement was to create technology to fill every need in society. This societal balance is actually always there because every planet is a complete organic system. It is just harder to see it on Earth at this time.

This kind of society can never be implemented until consciousness has integrated and evolved enough to maintain such a frequency. There can be no fear of lack or competitive drive in the collective, or the system could not sustain itself. This is why communistic and utopian societies have never been successful on Earth – because underlying them is always the fear of lack, the need to control, and the hopeless addiction to polarized thought. So what is the lesson from this card?

The spiritual lesson of this card was one that the Pleiadians mastered as they went through their awakening process. They learned to recognize their habitual wish for things to be different. Like most young species, they chased everything outside of them instead of resting their awareness in the present moment. They chased the desirable and resisted the undesirable. Until they could see that even undesirable experiences were gifts and lessons to further their evolution, they suffered. As they began to stop trying to stubbornly shape their reality by rejecting the undesirable, their polarized consciousness began to heal. Eventually, they noticed that through the healing of their polarized consciousness, their society began changing. The Equal Value System that they now embrace arose not from imposing a system on society, but as a natural evolution that came from the healing of polarized consciousness.

As a society and as individuals, you are soon facing a crossroads. You will need to choose where your focus will be. Will you still embrace polarized consciousness (and suffering)? Or will you retrain your habituated psyches to begin to embrace the undesirable and the uncomfortable as a means to your refinement and growth? By making a new choice, you bring yourself to the center of the polarity spectrum. This is the zero point – the nexus of change. This center point contains the power of alchemy – where your consciousness begins to transform. The energy of evolution will compel you to make this shift. However, it is you who will choose to embrace or to resist this evolutionary invitation. We suggest that you choose wisely!

The Losing and Finding of Form

Goddess of Creation - You Are Love!

Tapping Into Our Values

Perception Is Creation - The Arcturians

Be Still and Surrender ~ Daily Angel Message
Become a Patron!