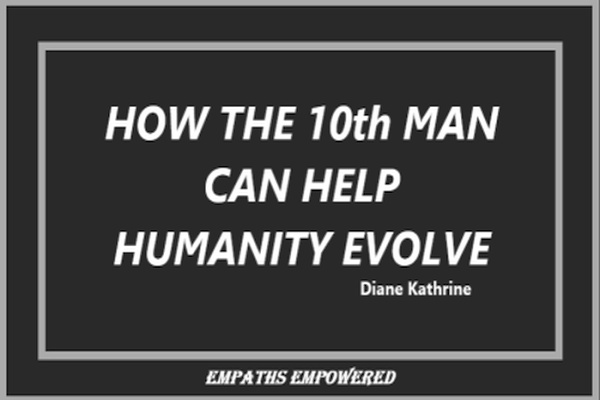 Have you ever been with a group of people, where everyone is talking about a subject that you don’t necessarily agree with but go along with their narrative, just to keep the peace?

If you answered yes, you are certainly not the only one. It is human nature to want to stay in harmony with our inner circle, family and friends, even if that means going against our beliefs.

The 10th Man Rule, which we will look at closer shortly, is a way of challenging our innate character of wanting to ‘keep the peace’ and, instead of sitting with what is easy or comfortable, it challenges us to look at things from another perspective.

So how can this help?

The fact that humans are pack animals, tending to travel through life in herds, following in the footsteps of the one in front, even when the herd are going in the opposite direction to the desired route, is a reason to apply the rule…

Following the pack may seem the safest option, it is after all when we step away from the herd that we become vulnerable to attack. Yet, if we simply follow along with the rest, in regards to rules, regulations and ideas, without question, are we living in alignment with our truth? And where will it lead us?

When we don’t question the official narrative and don’t think for ourselves, we are not really living, but simply existing. We are living by someone else’s opinion of how our reality should be and following rules that don’t always make sense or feel right.

Not only that, too many people are blindsided to the fact that those who make decisions for the rest of us, otherwise known as ‘the powers that be,’ might not have our best interests at heart. And decisions they make on our behalf, are not only infringing on our freedoms, but may actually be putting us in danger and taking away the experiences we were destined to have. 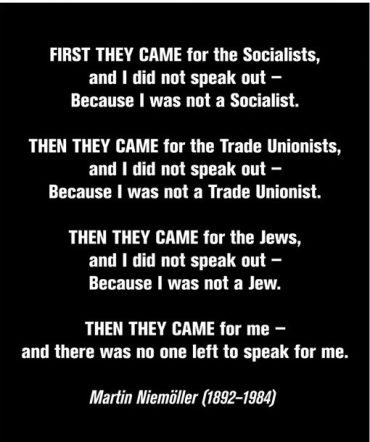 I completely understand why people follow rules without question. For one thing it is instinctual and, the sad truth is, those who query ‘the official narrative,’ or the accounts of the mainstream media, often get attacked, ridiculed or accused of spouting conspiracy theories.

It is often easier to stay quiet than to share an opposite opinion.

Then there is the fact that when we suggest, to certain people, a differing opinion to their own, we come up against their ego. A strong egoic mind doesn’t like to listen to another person’s opinion, if it crosses theirs, because the ego always knows best.

We also have to battle against many cases of cognitive dissonance. See below for an explanation… 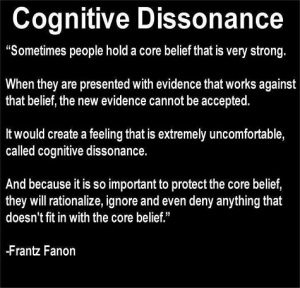 The simple fact is too many people are choosing to ignore the hypocrisy not only of the mainstream media but also of those ruling the world. Generally, because it is either the safer or easiest option.

Yet, as you have probably found out yourself in life, the easy option rarely turns out to be the best choice in the long run.

Take the situation that is currently happening in the world. It is becoming increasingly obvious, in regards to lockdowns, etc, that the solution, to preventing the spread of a virus, is causing more harm to the human race than the initial problem (suicides, unemployment, a huge decline in mental health, to name of a few examples…).

But how does anyone speak out, against the official narrative, when they are viciously attacked for holding a different opinion to the media or governments and the people who are trusting of them?

We are supposed to live in a democracy and have freewill, but it is amazing how many freedoms people happily give away if they believe they are keeping themselves, and their families, safe.

Several months ago, in a post, I advised against arguing with others or trying to get them to see your point of view, if they are not willing to listen. It just leads to frustration and anger, often from both parties. However, as things in this world are becoming darker, more freedoms are being taken away and lives endangered, not only by questionable jabs, but by many other factors, it might be time to try a different approach.

WHAT CAN YOU DO WHEN NO ONE IS LISTENING?

If you want to start a conversation, with friends or family, about the current state of the world and you don’t want to be put down or attacked for your views, why not try using the concept of the 10th Man Rule?

A good way to use this is by explaining that some groups/countries use the 10th Man concept as a way to keep people safe and stop them from following their intrinsic herd nature.

I came across a good explanation online:

The 10th Man discipline is one where the group intentionally appoints at least one person to serve as the loyal dissenter. “Loyal” because their underlying motive is to arrive at the best decision for the organization. And, as the dissenter, they not only have permission but a duty to disagree and ‘poke holes’ in assumptions being made by the group. This technique forces you to slow down and re-consider the wisdom of the decision and whether contingency planning or other risk mitigation might be worthwhile.

What we are seeing in the world today is a direct consequence of people following the herd, not asking questions, or using their own initiative. As well as people being too afraid to speak out against those who have differing opinions.

But by playing the part of the 10th Man, it could help those following the dictated narrative to see from another perspective…

It might also help people understand that it is not a bad thing to have our beliefs challenged, especially in regards to lockdowns, vaccinations and the current tyranny we are seeing in the world.

Thanks to Chanelle for inspiring this post (see our comments here)

Ok, I shall leave it at that for today.