The Purpose of Being Distracted and Divided

The Purpose of Being Distracted and Divided 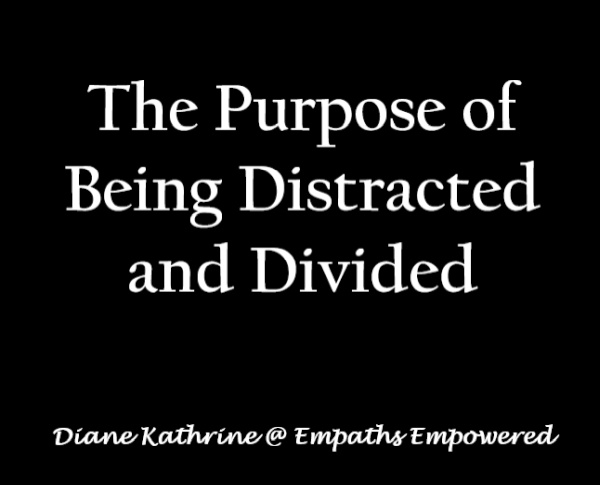 Our distractions have taken many forms. Ideas such as, will I get the dreaded virus? who will be the next president of the US? will Brexit happen? is an economic disaster on the horizon? will I get to see my family this Christmas? And more.

When I woke this morning, the words running through my head were: ‘Why would ‘they’ go to so much trouble to keep everyone distracted and divided. Why would they need to keep people in such fear and anger? This is happening for a big reason.’

I’ve mentioned in several past posts that the media and governments have been working hard to keep us in a perpetual state of fear, as well as keeping us divided by setting people against each other.

Not only that, we have been plagued with doubts and distrust about where we are going as a civilisation. It would appear as though we are on a fast-tracked path to a world of totalitarianism.

People like David Icke have been saying for thirty years or more that what we are seeing now has been planned forever. ‘They’ want us to live in a dictatorship, under complete control. A society where everyone is traceable, all following the same agenda. But why now? Why in this time have these agendas been rolled out? Why not forty years ago?

The truth is, we have pretty much been living in a dictatorship all our lives. We just didn’t know it because we had the illusion of freedom and choice. We have been enslaved by a monetary system, by an education system, by a medical system and more. From womb to tomb we are governed. Subliminally told how to think and behave, how to dress, and where we fit in with society.

Because we have had the illusion of freedom and freewill, we accepted our lot. We did not rebel against the system because we have been led to believe this is what we want. We obligingly went along with the rules laid out by the ‘invisible rulers.’ No questions asked.

Anyone who did ‘wake up’ to the truth of the world and spoke out against the system were alienated, called conspiracy theorists or labelled as bonkers. Towing the line was the safest option.

Even now, there are many following rules they do not agree with, in regards to lockdowns, etc., not from the fear of breaking rules but for the fear of being ostracized or verbally attacked by others.

This brings us back to the question, why is this happening?

The answer I always come back to is, there is something powerful on the horizon that ‘they’ want to keep us away from. I have already discussed this in several past posts (here, here and here)

I realise that no one can say with absolute certainty what is happening or where we are heading as a species. At least I can’t.

But regardless of what the future may hold, my theory is this, if ‘the powers that be’ are working so hard to keep us distracted and divided, the best thing we can do is be the opposite. Rebel. Instead of allowing our minds to be engaged with the divisive propaganda, that is purposely being fuelled, allow ourselves to stay in the present moment with an open heart and a positive outlook.

Refrain from disagreeing with others and just allow yourselves to ‘Be.’

I know many ‘awakened ones’ feel like it is their job to’ wake people up’, to get them to see the truth of what is happening in the world. But the truth is out there, hidden in plain sight, for everyone to see when they are ready to see it. 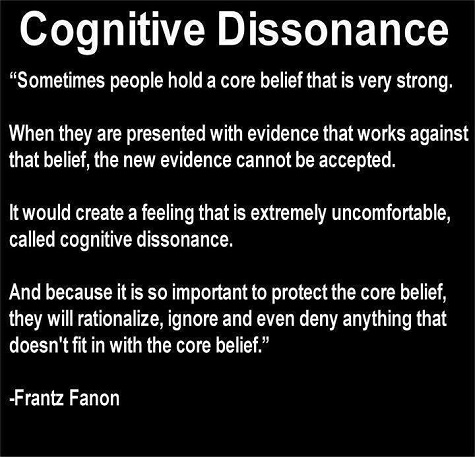 We cannot change another’s mind on a subject when they are not ready to hear. And why should we? We are all here to hold our own opinion. We are meant to make our own discoveries when the time is right for us.

By making a conscious effort to stay in a positive mindset and avoiding conversations that trigger animosity and conflict we keep our vibrational energy high. We are also doing the exact opposite of what the dark rulers want us to do.

Take your mind off the future, and what it will look like, just believe in your heart that everything is going to be amazing.

So, to finish, if you have been feeling like the world is being taken into a dark place and it looks like there is no way out, ask yourself why would ‘the powers that be’ go to so much trouble to keep us distracted and divided, when they already had full control over us anyway? What can be the purpose of it? Perhaps sit with the question in meditation and see where it takes you.

We have 1769 guests and no members online