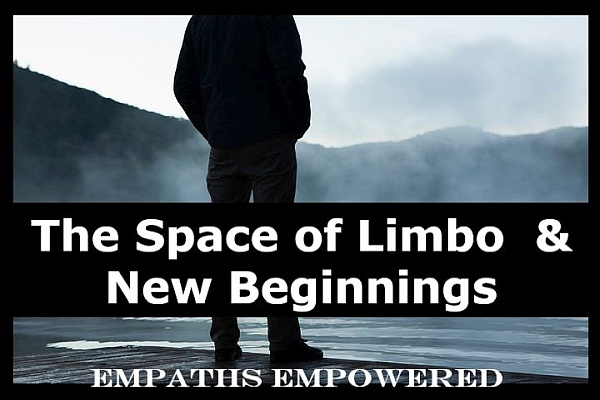 As you are no doubt more than aware, life throws some strange things our way. Like sickness, redundancy, depression, loss of social status, non-starting projects… They happen abruptly, taking us off our current journey and bring normal life to a halt.

Just like what we are seeing now. Except now, the majority of people around the world have also had their lives thrown into chaos.

In the past, when encountering life’s challenges, it might have appeared like we were being unfairly punished or perhaps it was karma at work. But what is happening now is like nothing anyone has ever experienced.

Everyone is being tested. Nothing is predictable. Things seem to be going from bad to worse. For many, it also feels like we are stuck in some weird type of limbo.

This limbo, is a place where we cannot move forward yet cannot go back. The outside world appears to be getting ‘darker and darker.’ The life we once knew, a distant memory. More people are becoming aware that the old ways of living, and freedoms once taken for granted, are not going to return.

We can see an end to the old way of life, but there appears to be no sign of any positive new beginnings. It’s like a ‘land of nothingness.’

But have you considered that the way you are feeling is being caused by the collective energy of an accelerated awakening?

As I have said in many past posts, for Empaths, these are difficult times. We are being affected by the emotional energy of the world. The confusion, fear, anger, uncertainty is building. The fear of the virus was at the forefront before, now the realization of redundancies and lifestyles never being the same again are also seeping through (as well as many other worries and fears).

Many of us are picking up on the vibrational fears and confusion of the masses, which makes it difficult to keep our own vibration elevated.

Some people still believe the world government’s narrative, that a deadly disease is wiping out the population. Even though the evidence is all there that this is not the case. This ‘new plague’ is no worse than the flu.

It is also frustrating that people are refusing to see the truth and are so willingly giving up their freedoms to ‘stay safe.’ But as the saying goes:

‘It is easier to fool people than to convince them they have been fooled.’ Mark Twain

Wanting everyone to think and feel the same as us is normal. Especially when we can see that people are ‘seemingly’ being played. (I say seemingly, because I believe there is a higher purpose to what is happening. Part of the awakening.) However, being wrapped up by how others are being fooled by the media lies and manufactured fear mongering just incites stress and distracts us from ourselves and what we are supposed to be doing.

People have to go through their own awakening in their own way. We cannot force information on anyone. We can so easily get caught up by wanting others to see the truth, but it is not our job. The information is all available and out there for when they are ready to see/hear. It will be revealed to them in ways that works for them.

Getting back to being in limbo. I do feel this sense of limbo, we are experiencing, is like an interlude as we wait for the ones, who are already on the cusp, to wake up. It may seem we cannot do anything but watch it unfold. But there is…

Instead of focusing on the outside, and all that is being portrayed in the media or how people are reacting, we can rewrite our script. Change the perspective.

Changing our perspective and where our attention goes is really important right now. If we focus on what is being put out in the news, or how others are acting or reacting, it keeps our energy and vibration low.

It is our thoughts about a difficult situation that make it unbearable and not the situation itself. We are given nothing we cannot handle. It is how we process information that causes us pain.

We may be in a place of limbo, but this is also a space to create. Imagine how ‘the new world’ should look and keep focusing on that. Rewrite your own script.

The events going on in this world are going to get stranger and stranger. It will be one thing after another. Authorities are going to be making decisions that seem senseless and plain ridiculous, and there will be a never-ending threat to our lives (all manufactured). Unless you can stay unaffected by it all, then it is best to keep your attention away and direct it somewhere else. Because, believe me, it is going to get worse.

If you have been knocked out of your positive mindset, or if you are feeling overly fearful, keep working on bringing your awareness back to positivity. Remind yourself that everything now happening is happening for a reason. ‘A higher purpose.’

It really helps to stay in a space of gratitude.

Regularly expressing gratitude sends a high vibration out and the universe responds by giving us more reasons to be grateful. It also keeps our mind on creating the good stuff.

I believe we are in a time of endings, but we are also in a place of new beginnings and creating. We do not want to be creating out of anger, fear and anxiety.

Allowing ourselves to tune into the energy of gratitude fills us up with an incredible sense of empowerment and peace. (I hope to focus more on this subject of creating the new in my next post.)

Remember you are not alone. We are all in this together. Everything is in divine order. Keep reminding yourself that you have the power and don’t allow another to take it away.