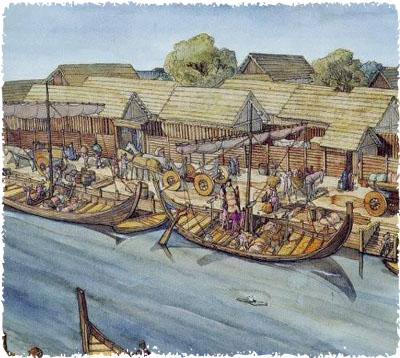 In Norse myth, the Vanir are originally a group of wild nature and fertility gods and goddesses, the sworn enemies of the warrior gods of the Aesir. They were considered to be the bringers of health, youth, fertility, luck and wealth, and masters of magic. The Vanir live in Vanaheim.

The Aesir and the Vanir had been at war for a long time when they decided to make peace. To ensure this peace they traded hostages: the Vanir sent their most renowned gods, the wealthy Njord and his children Freya and Freyr. In exchange the Aesir sent Honir, a big, handsome man who they claimed was suited to rule. He was accompanied by Mimir, the wisest man of the Aesir and in return the Vanir sent their wisest man Kvasir.

Honir however, was not as smart as the Aesir claimed he was and it was Mimir who gave him advice. The Vanir grew suspicious of the answers Honir gave when Mimir was not around. Eventually they figured out that they had been cheated and they cut Mimir's head off and sent it back to the Aesir. Fortunately, this betrayal did not lead to another war and all the gods of the Vanir were subsequently integrated with the Aesir. There is not much known about the Vanir of the time before the assimilation.

The name "Vanir" might be derived from the old-Norse word vinr which means "friend". 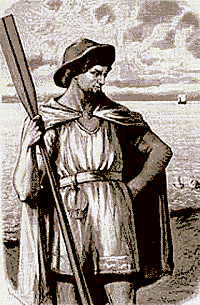 The Norse god of winds, sea and fire. He brings good fortune at sea and in the hunt. He is married to the giantess Skadi. His children are Freya and Freyr, whom he fathered on his own sister.

Originally, Njord was one of the Vanir but when they made peace with the Aesir, he and his children were given to them as hostages. The Aesir appointed both Njord and Freyr as high priests to preside over sacrifices. Freya was consecrated as sacrificial priestess. She taught the Aesir witchcraft, an art that was common knowledge among the Vanir.

The long-legged god of the Aesir, known for his indecisiveness. He and the wise god Mimir were sent by the Aesir to the Vanir to seal their truce. The Vanir gladly accepted them and made Honir one of their leaders. Honir, however, was not as smart as the Aesir had claimed and relied heavily on Mimir. He gave noncommittal answers whenever Mimir was not around. Honir is one of the gods that will survive Ragnarok. 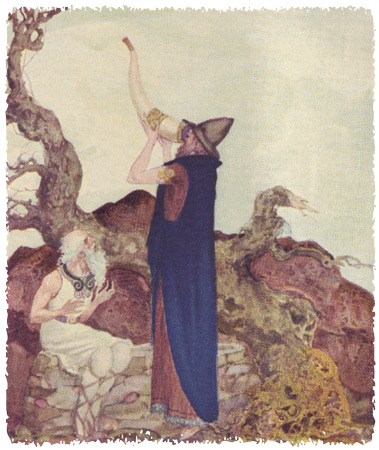 A figure in Norse mythology renowned for his wisdom, Mimir was a god sent by the Aesir to seal the peace with the Vanir after the long struggle between the two branches of the divine family. The Vanir weren’t exactly happy with the terms Mimir brought them, and so they cut off his head and sent it back to the Aesir. Odin, however, (wily god that he was) smeared the severed head with herbs so that it would never rot, and recited a charm over it to restore its power of speech.

Mimir’s head, fully functional, was placed at a magic well under the roots of Yggdrasil as a guard. To gain the wisdom of Mimir and a further understanding of the universe, Odin gave one of his eyes for permission to drink at the well (this may have occurred before Mimir’s decapitation). The Prose Edda also suggests that Odin carried Mimir’s wisdom-spewing, wise-crackin’ head around with him for valuable information on-the-go. 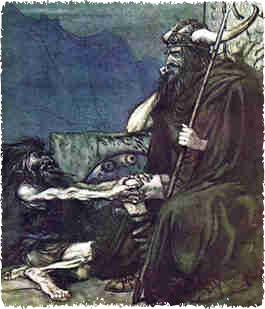 In Norse mythology, Kvasir was the wisest of the Vanir, fashioned from the spittle of all the gods. Two brothers, the dwarves Fjalar and Galar, invited him to a feast in their dismal cavern and killed him. The dwarves mixed his blood with honey and preserved it in two jars and a cauldron. The mixture fermented, creating the mead of poetry. Those who drink it become inspired poets.

Some time later, the brothers murdered the giant Gilling and his wife. Gilling's son, Suttung, came looking for his parents and threatened to kill the dwarves. The brothers gave the mead to Suttung in return for sparing their lives. Suttung hid the mead in the center of a mountain and ordered his daughter Gunnlod to guard it.

Suttung boasted of his treasure, and when the god Odin learned of it he went to Jotunheim to obtain the mead. Disguised as a farmhand, Odin worked for Suttung's brother, Baugi, all summer. When the work was done, Odin asked Baugi to give him a drink of the mead. Reluctantly, Baugi drilled a small hole through the side of the mountain and into the chamber where the mead was kept.