Solar Feminine Christ: Dear Ascending Family, This time is something we have been waiting for and working to embody for a
Worth and Convenience: Modern western lifestyles are underpinned by a notion of convenience. We’re told how much we want things
Self Ownership and Boundaries: Reclaiming self-ownership and clearing negative ego fear programming is the most important thing you can do to
The Golden Age...: To all the good people: Soon we will go to the Golden Age, we have instructions on
Trust and Joy: It occurred to me yesterday that the key to being able to find delight in life has
Black Magic or White Magic: In the proper context for comprehending that everything is made of energy, all energy is intelligent and
Transition...: We are moving to the Golden Age of the New Earth. We are not alone in the
Imagine a World...: Imagine if the work we did was primarily about making sure everyone had all of their basic
The Fall of the Archons...: These dark forces with a very dark agenda took control of Earth and took humanity hostage.They created
Precession of the Equinox: Understanding how the magnetic structure of the planet has been manipulated and how we can transform it
Abusing Spiritual Principles: We define all forms of hidden, intentional deception and manipulation, applied with the intent to control the
Reducing Plastic: The trouble with a lot of advice about reducing plastic is either it’s very basic – take
Be Prepared: As you all know it is always best to be prepared for all possibilities as often as
Human Modification: The war on human consciousness is bubbling to the surface like never before. If you are one
Making Sense of Who We Are: Have you ever had the experience of learning several things, each of which evolved completely independently, such
War Drums...: Before my “grocery store incident” that I had back in 2012 if somebody asked me where home
Fascia Crystalline Network: Dear Ascending Family, The Fascia Crystalline Network within our body has been impacted by the lower NET mutations in the
Breaking Through to the Other Side: There are many groups of people on the earth that must be directed into another consciousness pathway
The Reptilian Resistance: One of the biggest advantages the Reptilian race and occult have over us is the ability to
The New Matrix...: The Matrix is a grid system that provides the light required to maintain a physical representation of
Understanding Collapse: A Physical Systems View: While my belief in the inevitability of civilization’s collapse in this century is rooted in my study
Making it all about you: “You’re making it all about you!” It’s an interesting accusation and one I’ve been on the wrong
Search - Categories
Search - Content
You are here: Home

A Beginners Guide To Psychic Self Defense
A+ A A-

Are You Under A Psychic Attack? 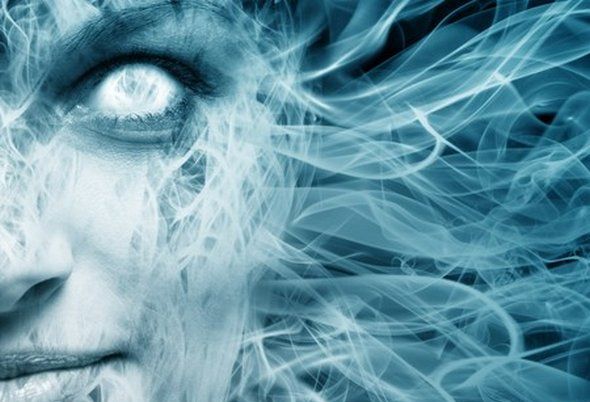 You're exhausted, but having trouble sleeping. You keep getting one lousy cold after another. You feel like there's a heavy lid over your usual wellspring of happiness. You can't seem to function right and don't know why.

What's going on? From a psychological standpoint, you seem to be depressed. But from the point of view of energy medicine, you could very well be under psychic attack or energetic attack. Yes, consciously or unconsciously, someone may have formed an intention to harm you.

What is a psychic attack? It is the assault upon your aura, without your conscious permission, by another person, group, or spirits.

The ability to cause harm or drain energy from another person via some form of mental telepathy may seem like something out of a science fiction movie, and yet, many people (reputedly including military intelligence agencies from several nations around the globe), believe that focused negative energy not only exists but may actually cause verifiable damage to targeted individuals. It’s said that Nazis used it, and both Russia and the U.S. Military have been experimenting with various telepathic techniques to influence adversaries since the Cold War days. Most psychic attacks, however, fall into the category of personal motivation, rather than political intrigue.

When under attack, a person may feel open, exposed, vulnerable and sometimes even a sense of danger along with an anxiety or panic attack. It is a drain of our prana, our life-giving energy. This is done with the intention to inflict either physical, mental, emotional, and spiritual harm or damage to your life.

Which are not only physical but come accompanied with:

Ways of defense and clearing:

Psychic attacks can easily be deflected by being aware of what the signs are and using some of the tips I suggested. No one can overpower us or take control of our lives without our consent. Self-care and being aware of our own energy are the best defenses for keeping unwanted influences at bay.

"Nobody can hurt me without my permission". Mahatma Gandhi

If one’s psychic attacker refuses to let go of their target, they will eventually mentally destroy themselves bringing on their own form of insanity. Karma works in mysterious ways and there are repercussions. Hate is the great destroyer. What you direct or do towards others, you eventually do to yourself.

Have you been a victim of a psychic attack? Tell us your story in the comments.

Be in the Flow of Love - Goddess of Creation

Horoscopes: January 17th Thru The 24th

The Divine Council of Overseers - The EVOLUTION and Fulfillment of BEING
Become a Patron!