A World in Rage and Grief 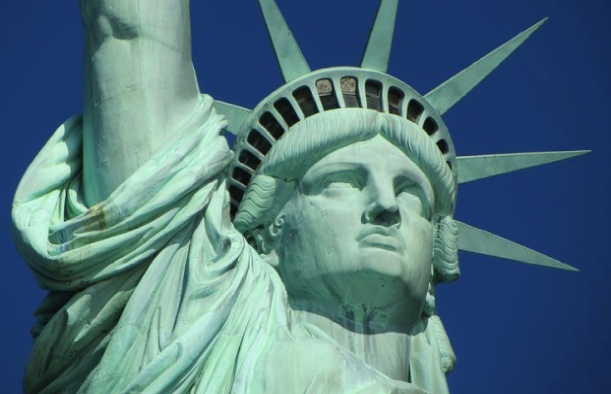 We're sitting in a historic moment, during which the entire world is focused on American police brutality streamed live for all to see. The focus is America, but things like this are not just an American problem. Most of us witnessing the live police killing of George Floyd are naturally feeling rage and grief. Continue reading to better understand these dynamics and why you feel like you do.

Racism is an ages-old scar in our society. It is systemic and built into the foundations upon which we live. It sits there beneath the surface, regardless of which race you are. Racism shows up in countless ways, often most visible as police brutality. In all of its forms, racism is inhumane, immoral, and an affront to human decency. It is the dark side of humanity, and it is cruel.

From time to time, the people rise up in protest after a person of color is beaten or killed at the hands of police. There often are calls for justice reform and for new laws protecting the oppressed. We're seeing that again now with George Floyd's death.

We're also seeing a lack of leadership at the federal level, the US president using the situation in a divisive and opportunistic way. Instead of showing humanity for the man killed and helping the country to begin mending wounds, the president further fueled anger and racial tensions. Instead of allowing outraged Americans their First Amendment right to peacefully assemble and protest, the president emphasized the need for hard line law-and-order tactics and threatened to employ the US military to take action against its own people. Dozens of National Guard members lined the entrance to Washington's Lincoln Memorial as a show of force during the protests. Also, the White House used force to clear peaceful protestors so the president could walk to a nearby church for a photo op political stunt. Dynamics like these would have been unthinkable in any other time by any other leader of America's democracy.

As we know, democracy is often fragile and under siege. Here's an example I gave today on my 'Selacia, The Council of 12' page:

"On this day in 1989 a pro-democracy protest in Tienanmen Square was crushed by the Chinese military. As the world witnesses present-day authoritarian regimes attempt to obstruct the democratic process and protests like we're seeing this week all across America, we must not look away."

If you're feeling more emotional than usual now, here's some context that takes into account DNA ancestral patterns, your current life themes, our current planetary energies, and America's rare Pluto return that officially commences in 2020.

In my healing work since the death of George Floyd, some clients are experiencing more intense emotions than usual without understanding why. A common theme is overreacting to events that typically would be stressful but manageable. One example: a client learning about America's police brutality started waking up anxious for no reason. We tracked it in the DNA to a past life involving servitude and brutality.

Consider this. At a DNA level, we're 99% the same. And we're all connected over time through the DNA. This includes our experiences and belief systems. There's a memory of these things in our DNA and we can access it through DNA healing.

Here's another thing. Despite all the heated debates about race, we are one human family. Further, the research shows that we're all the same race under our skins. According to Dr. Spencer Wells, lead scientist of the Genographic Project:

"You and I, in fact everyone all over the world,
we're literally African under the skin; brothers and sisters
separated by a mere two thousand generations.
Old-fashioned concepts of race are not only socially divisive,
but scientifically wrong."

Factor in your current life themes as you respond to protests and other things in the news. Since 2020 began you have had to adapt to a growing number of situations. That includes learning about Covid-19 and changing your lifestyle to allow for social distancing. If you've been working from home and that's not your norm, you could be feeling stress, anxiety, and fatigue. If you're not working and concerned about the economy, that's another stressor. Add to that learning about large-scale protests over racial injustice and there's naturally an underlying sense of uncertainty sitting there in your field. It doesn't matter whether you know any of the details, or even whether you saw the event live. Your energy field registers it and alarm bells go off in the background. We now live in a globally interconnected world. It's impossible to isolate yourself from its effects. That's why inner work, meditation, and other forms of healing and self-care are so vital now.

We have significant planetary energies in the mix this month - each on their own with the potential to catalyze big changes and to open minds and hearts to radical new approaches. For us sensitives, this mix of energies is palpable. It can be felt in the body, and it certainly can influence feelings. Specifics to note: (1) Three eclipses occur June 5, June 20-21, and July 5. Look for added intensity, new insights through inner work, and potential new doors that can dramatically shift your life into a higher octave. (2) On June 30 we have the second of three Jupiter-Pluto conjunctions that occur about each 13 years. One potential impact is that you may feel a big inner push to break out and create something new or polish a current skill to use for good in the world. (3) Mercury retrograde, the second one of 2020, is June 17 to July 12. Communications and timings may be affected during that cycle. It's an excellent time, though, to reflect on your goals, revise a plan, or radically rethink how you operate in the world.

As I write about in Predictions 2020, this year is the official start of America's Pluto return. We've been building towards this return cycle for a while, for Pluto is a slow-moving planet and there's a build-up before it "arrives." The racial violence and protests are a big sign it's here. Covid-19 is another sign. Both dynamics are asking for a mega overhaul of the basic structure of society. This will go beyond surface fixes and changing a few laws. It's about an entire consciousness shift and with that, rebuilding of our world from the ground up.

An excerpt from Predictions 2020:

"Pluto typically stirs revolutionary-type vibes and a sense of unrest. It's uncomfortable, and there's a sense of having no control. Things are messy, with changes catalyzed over time. The Pluto energy moves very slowly. There is no quick lightning flash, then a finale. In fact, the cycle is over several years."

How to Manage This Uncertain Time

Here are a few tips for managing this uncertain time. First, factor in the big picture I've described here when you become anxious and unsure. We all feel that way. Second, take more short time-outs from thinking and planning and doing. Allow for more flow and space in your life. Connect more with others. The really important things will get done. Third, know that you are not alone or without support. We have each other, and besides, the entire universe is lining up the exact happenstance each of us needs to shine our light in the highest possible ways.

Selacia is an internationally known writer, intuitive healer, and guide to others on the path of spiritual awakening. Author of Your Guide to Earth’s Pivotal Years, published in 2011, she is also the author of The Golden Edge and has been a writer her entire life. She is a former foreign correspondent with The Wall Street Journal, The New York Times, and other media. As an international journalist, she has decades of experience in the areas of world politics and social change, healing and consciousness, and spiritual transformation.

Copyright 2020 by Selacia - author of Earth's Pivotal Years, healer, and teacher * All Rights Reserved * www.Selacia.com * Feel free to share these articles with your friends and post to your blog or website as long as you include this entire copyright notice, with link back to website, and the full article text.

Thank you for sharing these articles and for your connection and feedback over the years. May light shine on you and your path!
Source Here