Changing Things That Don’t Make Sense
A+ A A-

There Is No Normal To Go Back To 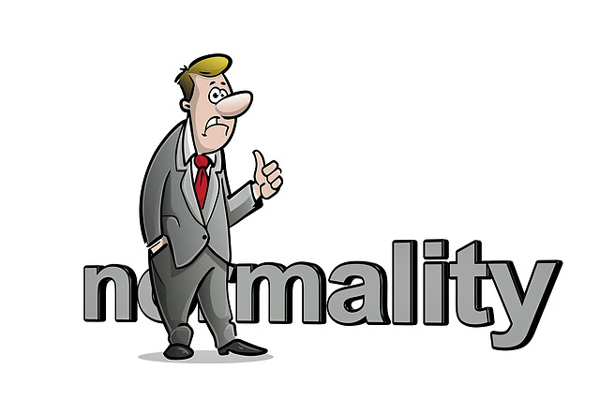 The idea of ‘back to normal’ has appeared regularly in ideas about a post-virus UK. As though our previous ‘normal’ was a good thing. It’s increasingly obvious that many people do not want to go back to how things were, and that there’s less appetite for long commutes, heavy traffic and air pollution. For people who have had an opportunity to learn from the virus, new, exciting ways of doing things may emerge.

For many people, there is no normal to go back to. For some, very little changed – many people are isolated at home by illness. They’ve had more stress and pressure in recent months but many of the practical realities haven’t changed much, except that it was far harder to order shopping online. As the rest of us ‘go back to normal’ hopefully we can remember that not everyone has that option. We might all better understand now what being forced into isolation does to people. We might be more alert to the ill, disabled and elderly people around us who live in isolation because no one much bothers with them.

For people whose lives were precarious, there may be no real normal to go back to. Early on, the government demonstrated that they could get every homeless person off the street and into a room, if they felt like it. A few weeks later they went on to demonstrate that they really couldn’t be bothered to keep doing that. We can, and must do better.

For some people, back to normal means going back to being excluded. We’ve established that many things can be handled at a distance using the internet. We could make work, entertainment and socialising a lot more accessible for people whose ‘normal’ is exclusion.

Recent months have made me aware of what it means to have a ‘normal’ you can measure things by, and what happens if your sense of the normal is dysfunctional. The idea of ‘back to normal’ only works if what you had before worked for you. If it didn’t, if you were on the wrong end of systems, and economics, if normal was miserable and hopeless – there is nothing you’d want to re-instate. The idea that there is a normal everyone wants to get back to is, I realise, a massive expression of privilege and insulation from suffering. For the worker on a zero hours contract, for the person forced ever deeper into debt, for those facing benefits sanctions and going hungry, ‘normal’ is a terrible place.

We live in a culture that takes ‘normal’ as a meaningful measure, and never properly questions what that means or who it works for.

We have 1639 guests and no members online