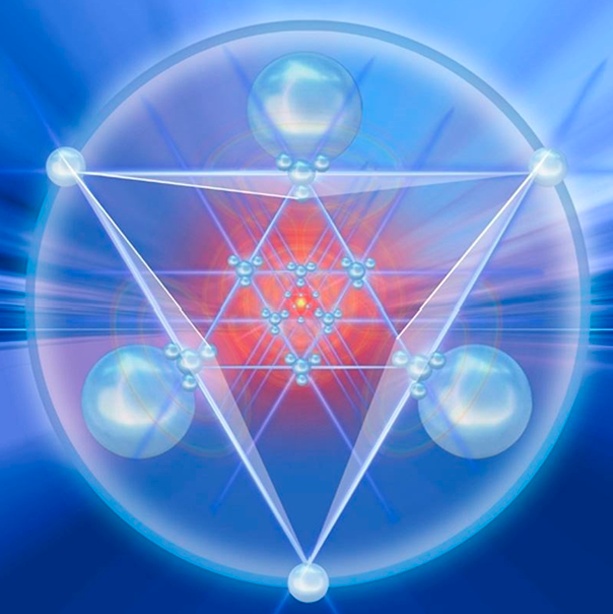 ‘A galactic collective wish to speak with you regarding some upcoming upgrades to the collective DNA template. We are a collective of Arcturian star-beings, part of the Galactic Federation of Light, in service to the transition of life forms on the planet to higher dimensional frequencies. We are appreciative of the opportunity to speak with you and request for you to relay this transmission to those with whom this message will resonate.

In 3 weeks (around mid October), there will be a cosmic event occurring that humanity must prepare for. Transition into 4th dimensional density is occurring and this will directly affect the stability of the planet. The {human} consciousness must be prepared to experience certain phenomenon that will seem unusual particularly in the sky. You must stay out of fear.

It has become necessary for a (galactic) intervention to help humanity and planet Gaia keep pace with the acceleration of other ascension related phenomena occurring throughout the cosmos. The ascension shift occurring on your planet is going to move into hyper speed or overdrive. The time is collapsing much faster towards the point of cosmic neutrality and the human beings must drastically address their alignment to integrate these frequencies. We come to give you notice/warning of preparation. For what is to come will shake to the core life as you know it. ‘

(Tatanka is shown many starships beginning to encircle the globe, manifesting/materializing out of nowhere. They’re parked and observing. Frequency of these crafts is interfacing with the frequencies of the earth. These ships are creating a buffering force-field/network generated to dissipate any vibrational impact from what is approaching the earth.)

‘There are cosmic phenomena affecting the magnetics of the planet. The earth has moved into a different vibrational & dimension space (4th density). She is transitioning through a zone where other ‘native’ celestial bodies/forms in their orbit pose a potential danger along her course.’

(Tatanka is shown, Gaia is transitioning out of 3D into 4D where there are planets we don’t usually see in our sky, like Nibiru. Those other planets/asteroids are going to be influencing the earth , mostly energetically, as she transitions through this corridor. It is a rough ride to navigate for her).

‘Many messages are being targeted to distort frequency and facts. Mixed message designed to lead the masses astray and divert focus from what is truly IMPORTANT AT THIS TIME. Many distractions abound on your planet to keep humanity in a state of unpreparedness for the real challenges that are presenting. It is IMPERATIVE that humanity begins to accept that which they are seeing and knowing deep within, to be true.

1000s of our ships and beings have come from far and wide to assist in this transition. It is in the great interest of Gaia and all-star nations seeded upon her, incarnated through her, the great portal stargate that she is, that we have all come forth to facilitate the shifts that fast approach.

PREPARE YOUR PHYSICAL BODIES. The best way to do this is to fast. Begin intermittent fasting as soon as possible because this is going to enable a frequency shift very fast. It will allow energy currently being utilized for digestive & metabolic processes to be redirect towards the upgrading of the neurological systems.

At this time, fasting for at least 16 hours a day is required to assist us with a planned intervention to perform necessary upgrades to the nervous system templates allowing frequency alignment to occur as Gaia moves through this transitional field of altering magnetics, heightened radiation and photonic activity. Upgrades are being done in holographic form working with the soul group templates. Star beings are assisting through our (healing) chambers to radically bring humanity up to speed with these vibrational shifts. Your systems are undergoing a manual upgrade.

We are having to intervene in the organic processes, which have run out of time for the human collective to reach the optimal levels of DNA activations required to safely integrate an acceleration of frequency. We have been given special permission and clearance to directly intervene in humanity’s awakening and to assist with reconnecting the templates because the organic (ascension/evolutionary) process is being negatively interfered with beyond humanity’s ability to achieve an ascended state on its own. Therefore our assistance is required to bring forth the alignments that will allow the flow and integration of intense light frequencies and shifting affecting your planet in the weeks and months ahead.

Also, there are areas on the earth’s body plane that are still in a compromised state. If Gaia is unable to integrate these higher frequencies (due to density and trauma blockages), cataclysmic events will result. We speak on a bio-physical level. The body of the mother earth is in great need of assistance to allow these frequencies to move through her, with ease. We are assisting at an accelerated capacity to support the integrity of the body of Gaia as she moves through this 4D transitional zone.

This is not the disclosure of ETs in the way you have come to understand it. It is an intervention of the alliance to massively assist in this critical moment. However, there will be certain phenomena in the skies. They [mainstream media, fallen ones] are looking to create as you call them ‘false flags’ to distract. Much of humanity is only looking down, down, down here on the earth & while you’re focusing [on dramatic constructs]you cannot be aware of what is truly occurring all around the cosmos and within you.

It is of great importance to exercise discernment in these times. All manner of manipulations are abounding. Assessing information through ones’ own vibrational resonance is critical at this time.

Prepare yourselves. You will know the moment of which we speak. Your personal focus has been more often on the skies recently, has it not? The sun appears to be setting in a different place or the sky and sun are sometimes a strange hue. It is US who nudges your attention up towards the celestial space , keep your eye on the sky!

The signs will come.

Be in the heart space, & assist us in assisting you [humanity) to realign your neurological & energy circuit systems. For most people, this upgrading process must be done during sleep time, in an unconscious state, because the re-alignments often occur with symptoms such as involuntary physical movements , twitches & vibrating, or hot and cold sensations in the body. It can feel an intense or ‘unnerving’ experience. For some the physical activations will already be felt while reading this message. We encourage you to relax into the visceral process and allow it to be completed without resistance. Let the downloads flow.

This message is encoded with light frequencies. We are asking you to put forth the physical form of these words into the human collective consciousness field. It is the manifestation of (and vector for) this vibrational transmission. Where you send this message, who sees it, who heeds it... you do not have control over beloved. Though we are asking for and relying on humanity’s co-creative participation in this process. We thank you.

THE GALACTIC FEDERATION OF LIGHT...

The Red Pill Doctor: I was awakened many years ago hearing the call, like many others through the years.  I had always had the gift of vision from a young age, yet it was in 2007 shortly after my Father left this earthly existence that I experienced more and more visions and it was mostly in his voice that I would hear things. I am able to channel as often as I wish or have the energy for. But since I found out what Channeling really is, I don’t do it any more nor listen to it. Personally: I do healing, readings and spiritual guidance, I create beautiful Orgone creations to wear or share.