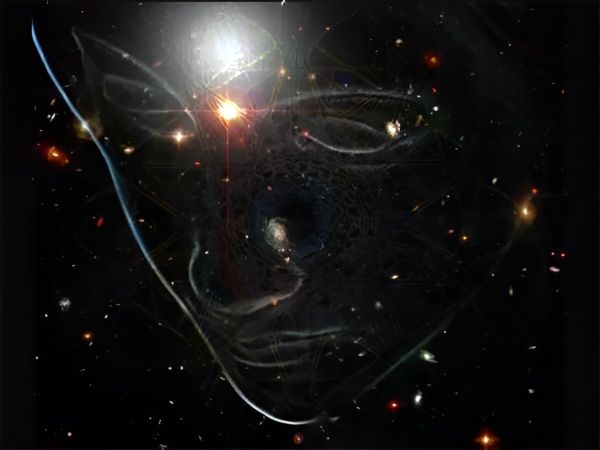 Welcome, dear readers. Know that in reality, our messages are your messages for we are one and the consciousness of readers draws forth the message.

It is believed by many that the Guides and higher dimensional beings teaching and helping those on earth are different from you--smarter, better, more blessed, and holier. Call to mind the familiar images of "saints" surrounded with light while gazing blissfully skyward with folded hands. These images represent religious concepts based in duality and separation. The majority of those in the higher dimensions struggled just as you are and have through lifetimes on earth finally evolving into their present high state of consciousness. Always remember that there is only ONE individualized as many.

In these times of discord and change it is tempting to yearn for the times before earth's ascension process began because life seemed to be simpler and more peaceful then. However, these "old times" were just as much illusion as today, in fact more illusory for much was hidden and disguised as being "right" years ago. Earth and her people have experienced the suffering of separation beliefs long enough and the time has come for them to rise above the dream state that has held them in bondage for eons.

A vital component in attaining a higher state of consciousness is the realizing, understanding, and living of impersonalization. It is the realization that the good and bad behaviors of humans are never personally theirs, but rather are superimposed over their Divine Selfhood by virtue of their having accepted into consciousness impersonal universal beliefs of two powers and separation. It is much like throwing a blanket over a bright lamp. Some blankets are every dense, heavy, and difficult to remove while others not so much depending upon the thrower.

Every person from those considered famous or important to those considered the lowest by three dimensional standards, is in reality God individualized. Therefore, the only qualities a person can or ever will have been God qualities. The human condition is much like the projecting of a film onto a person, a film created from and formed of whatever universal impersonal beliefs in two powers and separation that have been accepted as truth.

Because the high frequency Light energies now flowing to earth are exposing everything of a low density, many long standing discordant issues are now surfacing in order to be seen, acknowledged, and resolved on a higher level. One of these issues is the longstanding conflict that continues to exist between the masculine and the feminine.

Many men continue to struggle and hold to old concepts of what it means to be masculine. Many women are experiencing an increase of anger, resentment, and even hatred toward men as they move into deeper awareness and a sense of empowerment. Women angry at men and men angry at women much of which is the surfacing of old energies that have been experienced and carried through many lifetimes and into this one--lifetimes in which women were severely mistreated by men because men believed they were superior, beliefs that continue today in some countries.

Many women today lived as males in previous lifetimes and engaged in male dominant practices which has left them with a sense of subconscious guilt and sense of confusion about the whole subject but with the desire to learn and evolve through experiencing life on earth as a woman in order to heal and bring about change.

The Divine masculine aspect of God is the active, be-er, do-er and has never been or ever could be separate from the Divine Feminine which is the intuitive, caring, loving aspect of God. They are each a half of the whole and cannot be separated. In third dimensional energy where the universal impersonal collective belief is that of duality, separation, and two powers, there are always pairs of opposites. The two aspects of the ONE Divine Consciousness have always appeared physically, emotionally, mentally and even spiritually as separate on earth.
This is now changing as collective consciousness awakens and begins to embrace higher ideas of oneness. Men are learning that they can be masculine and embrace their feminine aspect at the same time without fear or shame. Women are learning that they can make decisions for themselves, follow their intuition, and do what they are led to do without being less feminine. However many of dense old concepts regarding male/female roles remain in those threatened by change.

Impersonalization is not limited to masculine/feminine issues but must be practiced in all situations of daily living. It must be understood that in and of themselves, human beings have no good or bad qualities of their own. The good, loving , generous, and kind nature you witness in some are God qualities expressing through them and not personally theirs. It is the same with those who engage in evil, selfish, and even violent actions. These things are never personal but are manifestations of false, universal, and impersonal beliefs in their consciousness.

At first it is difficult to practice impersonalization, especially when you find yourself at the receiving end of some negative action or words but you who are reading these messages are ready and evolved enough to go increasingly deeper with your inner journey and the truth is that the impersonalization of three dimensional appearances is a necessary component of doing that.

God alone is the real nature of every person and anything else is the manifestation of universal beliefs in separation, duality, and two powers. It is hard to remember this as you observe the war, violence, and selfishness taking place in the world, but your consciousness of the impersonal nature of error is the Light you came to bring and are presently adding to collective consciousness.

Living impersonalization does not mean turning a blind eye or saying "Oh well, God is all" while walking away from some situation needing attention. Impersonalization means allowing yourself to be intuitively guided as to what actions may be necessary or words spoken on a level that can be understood by those involved while within you are realizing; "I know you who you really are, the Christ Light of God in expression".

Present times require impersonalization on the part of those presently on earth who came specifically to add their Light to the collective and assist with earth's ascension to a higher dimensional energy.

We are the Arcturian Group