What is Meant by SUBSPACE--The Arcturians
A+ A A-

What is Meant by SUBSPACE--The Arcturians 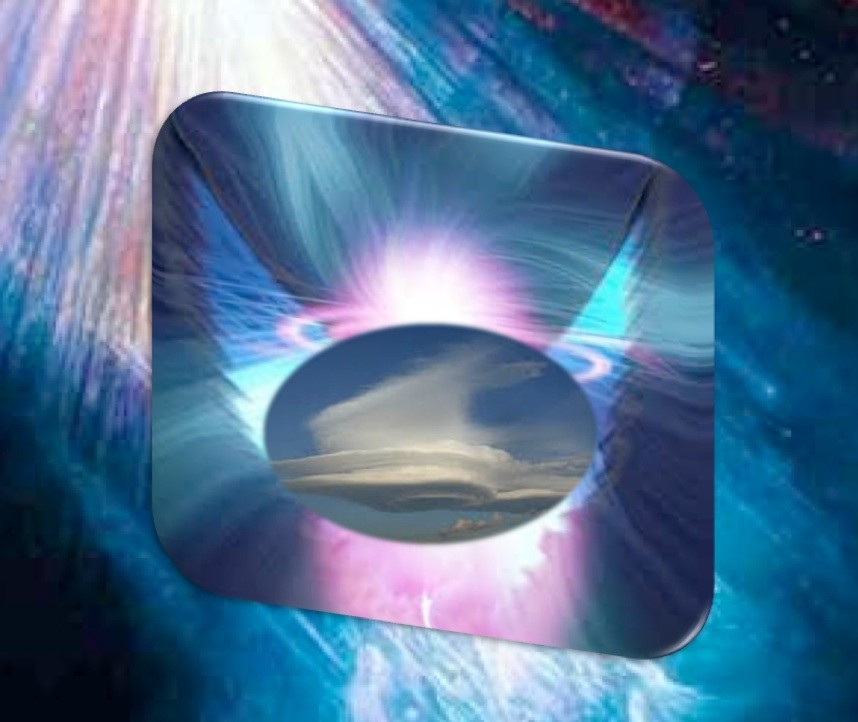 I love Science Fiction shows, and they often talk about “subspace.” Therefore, I set myself on a campaign to find out exactly what that means. First, I went to the dictionary and found:

“Subspace is a space that is wholly contained in another space, or whose points or elements are all in another space. In science fiction, subspace often represents a hypothetical space–time continuum used for communication at a speed faster than that of light.”

There were other definitions, but they were written for one who has a PhD in mathematics and physics, which is NOT me.

A linear subspace is usually called simply a subspace when the context serves to distinguish it from other kinds of subspace.

From Wikipedia, the free encyclopedia

The above definitions are the only ones that I could begin to understand, as mathematics is not my “strong suit.” Therefore, I asked the Arcturians to explain it to me in a language that I could understand. Below is what I received.

What is meant by “subspace?”

Have you ever wondered why you, a girl from post WWII Glendale, California, have been so obsessed with space and space travel? The answer is that you have remembered. But, even though you could remember many of the facts about your fifth dimensional reality, your brain in this incarnation was not inclined toward mathematics and scientific research.

Therefore, you have done a great deal of “research” to validate what you have always known within your heart and soul, which assisted you to “learn/remember” how to directly communicate with your multidimensional Star Family.

You are now realizing how much your curiosity has amplified. You are remembering, as well as teaching others how to connect with us, their Star Family. In this manner, they can gain answers that would take years of study and research to gain through traditional, third dimensional Earth means.

However, we ask you now, “Can you really trust your self that much?”

Sue responds, “Can I really trust myself that much??” I think that as long as I trust you, the Arcturians and other members of my Star Family, I am able to get my questions answered.

But then, there is the process of knowing which questions to ask, as well as knowing when to just “let go” and hear or write the information that I am receiving. Can you please assist me now to better understand this situation so that I can better assists others to enhance their “multidimensional communication?”

Arcturians answer, “When the information is far from your third dimensional thinking, you need to focus on what you are receiving, more than what you are asking. This is the case with your question, “What is subspace?”

“Scientists have researched, but mostly have NOT experienced subspace. But, subspace is not a concept that your third dimensional, or even your fourth dimensional brain can understand without some direct experience. We see that you watch many “sci-fi movies” which often provide the best description.

Also, when you “watch the actors give a good performance,” you can empathize with the characters that they are playing. Then, you can more easily begin to remember other members of your Multidimensional SELF who are sending you the experiences that they are having.

How are they sending you this information? They are sending it via “subspace", whichrepresents a hypothetical space–time continuum used for communication at a speed faster than that of light.”

Do you remember long ago in the 1990’s when you first realized that your “imaginary friends” were actually your own SELF who resonated to a higher frequency of reality? At that time, you had no concept of multidimensionality.

However, your childhood abduction by the Zetas made it perfectly clear to you that there were beings that lived inside of Starships. Unfortunately, your first meeting with this information was not too pleasant, but you did have some benefits such as the Learning Tree, which the children on the Ship sat in front of to learn about their future.

Of course, all they could learn about was their “possible future.” Since these beings, who were primarily the Zeta Reticuli, were not familiar with humanity, their stories were not very correct.

It is also helpful to realize that the TV Show known as “The X Files” was largely based on a truth that humanity was NOT ready accept as “real.” However, the show did give those who had been abducted some degree of confirmation that, “NO, you are not crazy. YES, it actually did happen.”

Now, in 2017, things have greatly changed. A visit to a Starship is now thought of as a great opportunity to learn more about your higher dimensional expressions of SELF, rather than being abducted by little beings who looked like the Biscuit “doughboys.”

The “doughboy” beings were from Zeta Reticuli, a star area that was under great change. Because of that change, the Zeta inhabitants were deeply concerned that they would become extinct. Most of them were already sterile, and thus searching for a solution.

They became sterile because their planet was under attack for a very long time and they needed to move into the deep, planetary caves. They did survive, but many of them became sterile. The Zeta abduction began in WWII when the Nazi’s were using humans for experimental purposes.

Of course, no one knew about these abductions, even after the truth was laid out in great detail in the “X Files” TV series. However, humanity has always been very good at only believing what they wanted to believe, so many “cover stories” successfully hid the truth.

Fortunately, humanity is slowly beginning to “wake up” to the fact that they are NOT alone in this multiverse, AND that they, the humans, are NOT the most evolved of all the possible life forms in the multiverse.

Knowing that they are NOT alone, has allowed more and more of humanity to release their fear of “who is out there,” and to actually become increasingly curious about their Galactic Family.

The Pleiadians, who look like tall, blond humans, are the easiest race for humanity to accept. In fact, more and more humans are beginning to admit that “just maybe” Pleiadians are “real.” In fact, many humans are starting to “channel” the Pleiadians and/or the Arcturians, as well as other members of our Galactic Family.

Returning to the topic of subspace, these inter-dimensional communications most often occur in “subspace,” “Subspace is a space that is wholly contained in another space, or whose points or elements are all in another space. In science fiction, subspace often represents a hypothetical space–time continuum used for communication at a speed faster than that of light.”

In your daily states of consciousness, subspace is NOT perceived and usually not even believed. However, the many Science Fiction movies are assisting humans to expand their “definition of reality” beyond the confines of their native planet—Earth.

Also, more and more people are remembering to communicate with the members of their own Multidimensional SELF who resonate to frequencies of reality beyond third-dimensional Earth and Earth’s fourth-dimensional aura.

Fortunately, more and more humans are experiencing “subspace communication,” and are even remembering how to translate these subspace messages into a form of mental and emotional “knowing,” so that they can actually “channel” the messages and share them with others.

We, the members of your Galactic Family, are very appreciative of those humans who have found the courage to admit that they communicate with Beings from higher dimensions and distant planets, or even, Galaxies.

This “inter-dimensional communication” is now occurring more and more often because many of the members of humanity are beginning to have experiences of “First Contact.”

There is no right or wrong way to have “First Contact.” Therefore, many brave pioneers who are exploring the higher dimensions of reality are learning how to expand their consciousness enough to capture these “subspace messages” and are translating them into their native, Earth language.

We, the Arcturians, as well as the other members of your Galactic Family, are very proud of our volunteers to Earth who chose to enter an earth vessel and forget their true SELF. Many of thesevolunteers spent their entire lives keeping their true identity a secret.

However, more and more humans are opening their mind to the FACT that there are MANY inhabited planets in which the beings are far more evolved then most humans. We say “most humans” because many of you “humans” are actually Galactic who chose to take a physical body on Earth to assist Gaia with Her Planetary Ascension.

We are pleased that we can NOW share this information with you now in a very straightforward manner. In fact, we can happily say that more and more humans are remembering that they are, in fact, Multidimensional Beings who chose to take a third dimensional body to assist with Gaia’s planetary ascension.

We are happy to share with you that Suzille’s latest channeled book is now ready for you to enjoy. We hope that as you “enjoy reading the book” you will also remember your own higher dimensional expressions of SELF, as well as your own Galactic Family.

As humanity remembers their own Multidimensional SELF, they will be able to lovingly embrace the landings, and especially, their long awaited reunion with their Galactic Family.

The Arcturians and your Galactic Family

The Measurement Of Success - Teachings of The Masters

We have 1257 guests and no members online