Category: The Pleiadians Monday, 31 May 2021 Written by Aurora Ray 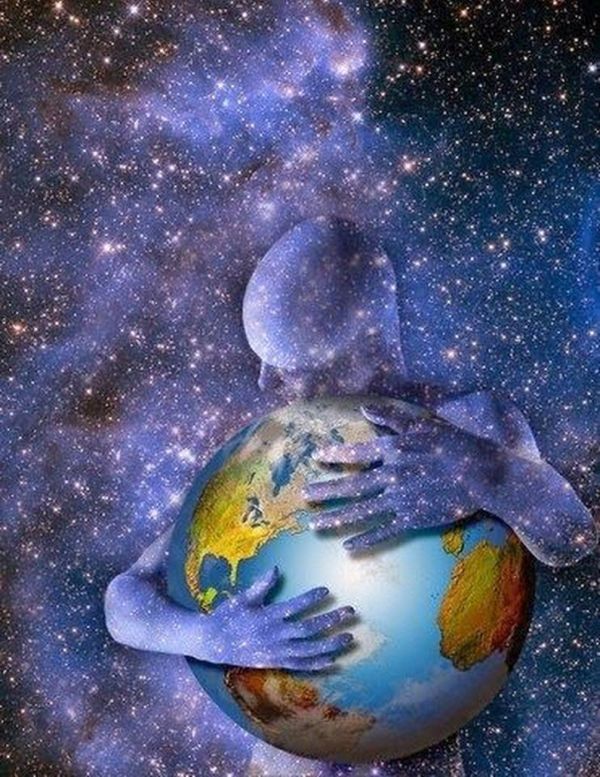 We come to speak to you today about the importance of living your life as a human having a cosmic, spiritual experience. We have loved you and been with you for lifetimes as you have incarnated here doing your work for Gaia. But, now more than ever, it is important that you integrate the cosmic consciousness as part of your natural way of being.

Do not see us as beings outside of yourselves. See us as mere reflections of a beautiful connection to Source. We are waiting for you for the time when we shall actually live side by side in our forms as well. However, for those that don’t experience us physically all the time, know that we are merely an extension of oneness with you. We have successfully integrated the DNA and transmissions for the 5D consciousness, and you no longer need to seek advice from us for we are one with you. You can tune into the aspects of yourself that are Pleiadian now and ask the questions.

We have reignited your ancestry, and it is fully alive and awake. We are joyously celebrating that WE DID IT! It is easier now for you to walk and talk, and act as your enlightened self.

You see, even when you feel like you are not acting as your highest self, the light that you hold in the coding of your DNA and cellular structure still is always emanating out light. The light is limitless and unending.

Those that have chosen to awaken the aspects of the Pleiadian lineage are fully transmitting light even when triggering others, for the triggers are there to let other human souls see where they need to heal.

Many ask, “When will the whole world know you exist? When will it just be the norm to connect to you?”. And we say, the timing is up to YOU. It is based on the readiness of consciousness. We do not wish to create a wave of shock and pain. We wish to come in when there is receptivity.

There is no rush. You are eternal beings and have all of eternity for your planet to begin to expose that there is more to this Universe than human existence.

One of the keys to this exposure and receptivity/readiness has to do with the people taking their power back from the larger organizations that hide things and keep things cloaked for greed purposes.

This is beginning to happen as many release GMO supports which takes the money away from the mass groups running the desire to keep the consciousness dim through toxins. There will be more that has to be released before we are received here in peace.

One has to do with the people of Earth truly taking their power back in terms of resources and the use of oil. This is one of the other pieces that keeps greed and control running the planet, blocking the receptivity to our integration in a physical way. We have the knowledge as many of you do how to use resources on planet Earth like hemp to fuel things.

There is no need to be fighting over oil, of course. However, because certain groups are wishing to keep this away from mass consciousness awareness, we would not be received in peace.

As people begin to reveal the truth more and more through the internet, you all will prevail in transforming the way this planet functions so it is aligned in the light.

Yet, this message is important because we say, you can still feel aligned, and close to us knowing now that we have completed the merge with you. When you speak to us, you speak to yourself.

You are the Pleiadians. We exist in our own physical forms, but through all the connections to us, downloads, and healings, you are actually now walking as very much Pleiadian.

It is mixed heritage but does not make you any less Pleiadian. Therefore, you have access to all the records…the cosmic records of all that was, and all that will be.

THIS IS AN URGENT MESSAGE FROM YOUR G0VERNMENT:

"As you know we are in a global Heath CRlSlS...

Therefore we have unilaterally and unanimously passed the following decisions in Parliament:

All tobacco and alcohol stores will be immediately CLOSED as smoking during a pandemic that attacks the throat and lungs is dangerous for health. Alcohol lowers the immune system so has been temporarily banned.

All fast food outlets such as, but not limited to McDonald's and Hungry Jacks will be closed as they do not promote optimal health.

Free organic vegetables and fruit will be given to all citizens instead, and foods that are overly processed, contain GM0 ingredients or an excess of sugar will be removed from store shelves.

Supplements of Vitamin D, as well as C and Zinc, will be sent to every door.

We encourage laughter, joy, and connecting with loved ones as it will boost your immune system as well as deep breathing of clean, unfiltered air and going out into nature. We encourage you to go to your local park and stand barefoot for 15 minutes a day.

All TV shows and streaming services promoting Horror, suffering, and Dystopian scenarios will be stopped until global health is returned as mental positivity and focus boosts your immune system.

You are encouraged to get maximum sunlight and exercise. All employees who can demonstrate they are exercising will receive a 5% pay increase for the next 4 months.

All gyms are to offer 15% off and remain open as physical exercise promotes mental and physical wellbeing.

There will be no fixed penalty notices given by police as we understand these are times of financial hardship. Police will instead be sent to support small businesses and those in need of assistance.

Large chain stores and superstore corporations will be temporarily halted in order to give small businesses a chance to survive these pressing times.

All gas, water, and utility bills will be cut by 50% until we are all out of emergency status.

Thank you. We love you and together we will be healthy."

…And that's totally what they said right?

Because they actually do care about your health.

Please wake up and take your health into your own hands. Turn off your TV. This is not about your heath or anyone else's. It NEVER was. It's about top-down control introduced in stages so as not to cause widespread alarm. Frogs inside a slowly boiling pot.

You have been brought up to trust authority. All those years in school. All the programming through movies and shows about how the governments are here to protect you. Facing a reality that the opposite could be true is jarring. It threatens all your beliefs. I get that. I don't blame you. But it doesn't mean it isn't happening.

For the last several months I have been disseminating messages from my extra-dimensional contacts, a group of Pleiadians who are involved in the Earth intervention project. I am a conduit essentially, meaning we collaborate telepathically (exoconsciousness via the cosmic Internet) on each of the messages.

In short, humanitarian intervention is underway on our planet, led by several hundred ET and extra and inter-dimensional groups referring to themselves as The Galactic Federation of Light. The Alliance is also used to describe them. You can find many other channeled messages from this group, as well.

We are benevolent in nature, hailing from neighboring dimensions (some you might call spirit realms), other star systems (i.e. Pleiades and Sirius), and the Andromeda galaxy. We are the forces of light, in essence, all working in support of our prime creator’s plan for our cosmos. There are several hundred groups working on this effort so for your ease we call ourselves The Galactic Federation of Light or The Alliance.

While we are largely advanced civilizations that are peace-loving and non-violent, we acknowledge that there have been malevolent non-terrestrial forces illegally involved in humanity’s affairs for millennia. Our role has been limited to civilization mentorship and consciousness-raising, especially in recent times. However, the situation in your world is alarming, as many of you know. Your corrupt, inefficient, and unconscious systems of thought, belief, and behavior seem to have the best of you. But this can change and we are determined to help you change all that is not working for everyone in your world.

We know that it might appear partisan or overly political, as you say, but that is not the reality of our perspective. Our concern is your understanding of what is now unfolding on your planet, orchestrated by a group of global elites who do not have humanity’s best interests in mind.

We are not drawing attention to this to frighten you, but rather to have you consider the big picture. We have said before that your world is in the midst of a humanitarian catastrophe, indeed a holocaust, of unfathomable proportions. As such, we benevolent extradimensional beings know we must intervene.

Our effort is organized via a coalition of advanced, benevolent races who have figured out, through trial and error ourselves, how civilizations function best, in a way that is equitable for each and every being that is brought into existence. We refer to ourselves as the Galactic Federation of Light, as we are all unified around one purpose: to ensure the victory of love and light in your world, but also in the cosmos at large.

Author unknown. Please email us if you know them so we can give proper credit:))

We have 705 guests and no members online