A Message From Mira Of The Pleiadian High Council - December, 2018
A+ A A-

End Game Scenario: How About the Light Beings? 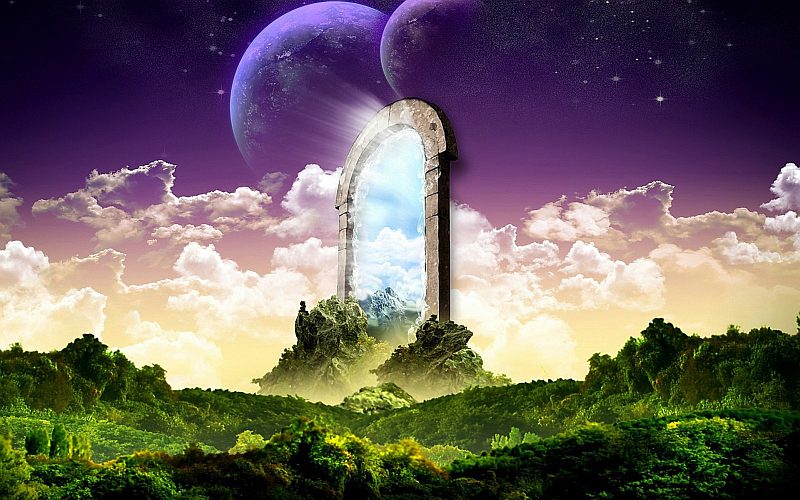 If you think what has been intimated from the ones who foresee the future of your planetary shift is leaning toward the doom-and-gloom side of things, you might be interested in what we have to say today. If you think the world is going to swiftly come to lots of good things for everyone, light and love for all, you might also be interested in this. Should your interest be in the scientific understanding of what is happening and about to happen to the planetary and celestial interaction of measurable energetic fluctuations and the succeeding impulses impacting Earth, we have something to say to you as well. You see, we are not limited to speaking only to a particular branch of humanity, nor has that ever been our intent. We understand the penchant you have for compartmentalization of people, sometimes for good, sometimes for ill, but we say that we do not need to limit our communications with you in this regard. Our words are carefully engineered for all, nonexclusively, interactively, and for the common good. Of course, should you have no interest in understanding what we have to say, but are only interested in shooting down what you do not understand fully, then though we have something to say to you, you probably won’t understand it, so we will remain and speak nonetheless. You will soon enough have a choice to make as to whether you wish to give our words any credence, and until then, we merely let you have your target practice in peace.

The beginnings of big change are kicking into gear now. You will be aware of that as the sun starts to shine a little differently, and as the Earth begins to groan in her birth pangs. If you are not comfortable with such visceral imagery, think of it as repositioning of pressure to allow for a smooth transition of something quite earth-shattering to come into being, so that the generation of life can continue without the limitations of darkness pressing in on every side. Gold will lose its shimmer when you realize that the bottom of the barrel has been reached, in terms of the ability of the commercial enterprises of the global marketplace to sustain the game any longer. We have spoken to you before of the day that the game of Mogul becomes replace by the game of Dream Creation, and that day is on the edge of dawning, dear people of Earth. The pieces are falling into place just as the gameboard is tipping to one side, and winner-takes-all will be tumbling into a pit before the winnings can be interred for later enjoyment. The fact is, the time is upon you to take the initiative further than ever in spinning the checkerboard so you have a better view of what’s heating up on the horizon. If you can manage it, a big push together in the direction of love of humanity in all its forms could just get things situated so you can get the full picture. Greet each other as end-gamers, no matter what flavor of the game you have chosen to play, and know that we are cheering for the purported underdog (all the while knowing full well that the underdog is in fact the superhero in disguise). If you play it well, you won’t have to budge from where you now dream, for the participation in gameboard-spinning requires merely the application of mental and spiritual energies of the type that influence the materialization of matter at sub-infinitesimal measurements. You have the trump card, each one of you, not up your sleeve but in your very physical makeup. Intrigued? We have much more to share on this matter!

In the meantime, let us tell you a story. It has been far too long since you have had one from us. This one is guaranteed to have some bit of interest for at least some of you clever enough to read it. Be careful to begin at the beginning and end when you reach the end, so that there is no confusion as to what sequence of events we are talking about.

Not so long ago, there was a man in the world of men who had a telltale mark upon his hand that told anyone he met that he had been in the field of secret sharing. The mark indelibly showed on his skin to remind him of his lineage and loyalty, not unlike the sort of thing that bore significant bright certainty on elite memberships in days long gone. Yet this man had neither lineage nor membership to boast of, just a curious mark upon his hand. Yes, he had some sort of telltale sign of some meaning, but it was meaningless to most who met him, and to a large extent to himself as well. Days strung together and he lived under the shadow of nothing but reality when, in an instant that changed everything, he exited one reality and found himself in another one altogether. In this new reality, he discovered that the mark upon his hand had a great and profound meaning to most people there, and he began to understand his own lineage and origins much better. If there was such a shift, what caused it, and what was the nature of this mark upon his hand? In a word, density. In the old reality, the density of one world crashed in through the protective layers of another, and everything ceased to be as it had always, in memory, been. In the changed workings of the new reality, the density of the mark on his hand emanated a glow that to those who saw it was ever more meaningful because of the nature of the one who bore it, which was innocent of knowledge and bereft of memory upon his appearance among them. The mark: nothing but a scar, yet to those who knew its origins in sacrificial culture, it was the mark of a survivor, a bearer of connection to lost worlds, and a reminder that the ones who had lost the brave path in another world had not fully succumbed to death of spirit, but would survive to create a new world free from sacrifice, divine in its core, and free to evolve unimpeded.

Who was this man? He represents every human on earth who has given their life over to a great and powerful vision of something wonderful, something safe and wholesome, at least in theory. Many on your world fall into this category. He also represents any who have stood in the face of injustice and held out their hands for insanity and terror to end. They too abound on your world. Others bearing the energies of service, of duty, of getting along also resonate with our friend in the story. And the others seeing his truth? They are going to show themselves soon enough… and they are you, and we, and others yet to be introduced to the timeline of transformation. It is not to say simply that we are going to be in the picture, but to say that you have given the signal that it’s time for help to be ready to jump in and we are waiting to be of service where we can.

The days and weeks ahead are promising to be full of the potential of great and deep change for the planet, and so it is time to share the next tidbit of information with you as well. And that is, we are already with you, and the changes that are coming will be a big shock to many, but the truth is, we are in the secret silence of service every day, and there is none more in readiness to join in the general change than we. The light will soon shift into a higher gear of intensity and concentration of form, and the appearance in the sky of fine shimmers of radiance will be side by side with great big blasts of cosmic energy. We are here, and we are ready to be of service. You will see the changes coming to the earth in ways that what had been is no more, and the ground below your feet may start to move or rumble. We are here, and the changes are part of our service. When you see things seeming to fall apart, know that we are part of the new world coming into being, as midwives and as helpers. It is enough that things will be moving along rapidly without worrying about doing it all on your own, but we are not here to interfere in the process that you have, as a people and a planetary entity, worked so long to reach the culmination of, and you have arrived at the entry point of the moment of lifetimes. We will answer any call for help that we are able to participate in, until the time comes for our full participation opening sanctioned by general agreement among all parties involved.

Until then, know that we are here. Know that life will survive and that light will prevail in the long time of shadows and secrets. You have not come this far to be found wanting, for your circuitous route to understanding, knowledge, and discovery has brought you into the state of awareness of many more mysteries than you could have imagined yourselves approaching even a short time ago. More mysteries await your discovery, and more rewarding shores shall open to your entry. Be at peace with the unfolding of the universe, for it does, in fact, know what it is doing. Let fear not be part of the equation, and let love become part of your entire picture.

Opalescent Nine - Your portal to higher consciousness in cyberspace