June Solstice 2016: Message from the Pleiadian Councils of Light
A+ A A- 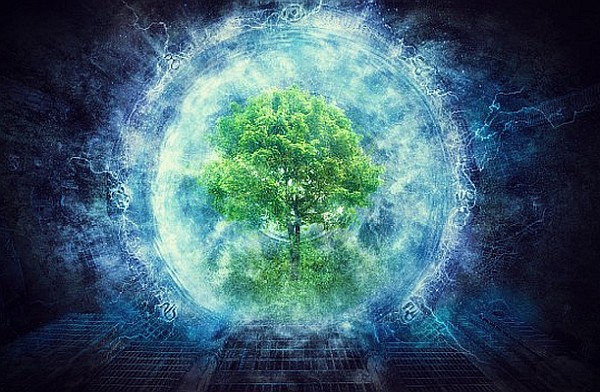 Greetings My Beloved Masters of the Universe! I have just received an interesting message from the Pleiadians about what is happening now. Again please understand that we are simply in the midst of great changes, stay positive, stay in the NOW, and remember that you have been prepared well for this mission! I love you all!

Glistening in the winds of change the plethora of unprecedented occurrences rises now in the unsettling environment of previous destinations, succinct to say that the anger and trepidation of that which is to come is overwhelming the circuits of your planet and hence the vibratory scales of internal vibrations are adjusting to allow even greater capacity in order to unite the aforementioned circuits with the new paradigms, shifts and platforms, the secondary degree of nurturing is abound and prosperity whistles are blown in order to unite mankind with its inner most deepest level of benevolence.

For the turbulence experienced by all residing on Gaia is of malevolent nature which is being swiftly eradicated from the earthly shores in order to make way for a new cognitive understanding of being. The informational portals are open for you now, and the upliftment of energies are surrendering those who have opposed said awakening to take hold. As much of your world is changing, the landscape of your reality is shifting rapidly for you now, as has been revealed to you in our previous messages.

And so, and thus, the benevolent co creation of the new matrix of Being is making waves in your earthly realities, and bringing focus within for those who have yet to comprehend the true nature of Being. Every moment of your reality a new cognition is born, and through said cognition a new member joins the ranks of the benevolent ones, the ranks of the awakened ones, leading the way for all of humanity.

And so and thus, in the days to come a major satellite event shall make itself known to your world, and through said satellite many more changes shall start to unfold rapidly in succession, as they are meant to be experienced by all on your planet.

And so, said pollution indeed is lessening due to the escalating adherence to the master plan behind said occurrence which in your known world is known as the coronavirus. For said virus is that which mimics that which your earthlings have indeed brought forth through their cognitive behavior tactics in order to magnify that which no longer works in your realities. Albeit the true nature of said virus, the energies which it has brought through have been mirrored back to those who brought it and utilized in order to shift the energies into the right gear.

And so, and thus, through said programming which has arrived on your shores in time, a major catastrophe has indeed been averted, as the pollution of your planet has increased the volcanic activity. And so, the clearance of the fear based programming is allowing your planet to restore balance within and without, to restore itself, re-balance and re-calibrate the natural flow of life, natural sequencing so that the survival of all beings and GAIA can proceed as has been invoked and asked for by those of you who call yourselves the children of the stars and whom we call the Ground Crew.

For indeed through your presence on the earthly shores, said benevolent interference was indeed possible, asked for and necessary in order to recalibrate the energetic pathways of your planet so that the ascension process can continue, advance and reach new heights.

For indeed, many on your planet have begun to awaken, awaken to the understanding of self, to the understanding of Being, and true reality of Being. And so and thus, the satellite of which we speak shall make itself known to you in the days to come and usher in a revolutionary understanding of your world. For through said satellite much needed change shall begin to unfold not only in your present reality but of all realities that are presently occupying your time and space continuum.

The feedback that has been received and the data that has been collected is showing the fluctuation and increase of awakened ones bringing a total of such souls to a desired number in order to continue the awakening process without further disturbance and through said participation, through said collective energy of positivity, the magnetosphere of your planet is becoming stronger, by the second. The energy field is strengthening which in turn is allowing many catastrophic events to bypass your world, (as I was channeling I was shown a few asteroids that were about to collide with earth but due to the recent events, pollution has lessened so much so, that GAIA was able to restore the protective energy field, coinciding with collective prayers which sent a lot of positive energy out into the collective consciousness these asteroids were buffered away from our planet), for indeed the seeming chaos of your of you world, has allowed much more light to enter into every fiber of your being, which resulted in the release and purification of energies that stuck on in the fibers of your energetic pathways which in turn allowed a tremendous shift influencing not only your immediate environment but environment of all that exists to shift into positive “gear” and propel humanity onto a new octave of Being, and albeit the seeming chaos and undesirable vibrations, the energy of your planet is escalating and the vibrations are rising higher and higher, all due to the alignment of each one with their higher selves, and the prayers which are seen as positive energy vibrations and which have indeed allowed your planet to move into higher gear and jump an octave.

And so, and thus, notwithstanding the turbulence and the hurdles that are yet to be overcome by all on your planet, recent events have allowed to avoid a true catastrophe that could have been.

And so, we congratulate you yet again, on a job well done, for it is through your intentions that you have been able to influence those around you into purification of being. And so and thus, as the situation continues to unfold and escalate in the geopolitical arena of your world, the energies of the heart shall begin to awaken further rand further in the ones stationed therein and multiply trifold as the struggle between two polarities continues to unfold on your shores. Rest assured that said turbulence shall pass , stay in the NOW moment, and allow only the positive vibrations to bathe you in the eternal vibrations of LOVE , Benevolence and truth, truth, benevolence and cocreation, cocreation, adherence to the true principles of Being and Benevolence. Stay true to that which you are, knowing that you are being supported by all that is.

That is all that we have for you now. We are with you. We love you.  Goodbye for now.

Anna Merkaba – Energy Healer- Channeler – Lightworker. To book a Healing or Pychic Session with Anna and for more channeled messages to help you on your journey to self discovery visit : Sacred Ascension – Key of Life – DISCOVER YOUR TRUE SELF THROUGH THE VIBRATIONAL MESSAGES FROM BEHIND THE VEIL

The Power of Touch
Become a Patron!