No More Laminated Realities - Asket of Temmer
A+ A A- 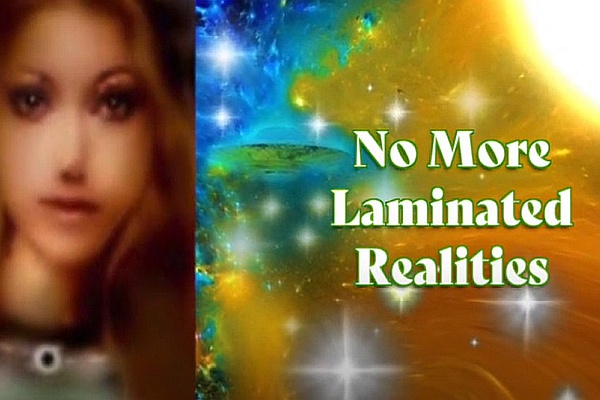 You have come to the end of the questioning about when things will happen and when the disclosure you’ve been looking for will take place. You’ll begin to see that you have the answer in front of you about what you really are asking, which is, are you going to meet a greater reality than the one you are currently living? Is there going to be a shift in perspective across the board in humanity? Will you at last see the dawning of a new day, as you poetically put it? Will suffering end?

We of the League of Light have not come to give you easy answers, for to do so would subvert your sovereignty as a human being, as an individual who has taken upon him- or herself the road of incarnation into this world to explore all of the nuances of the soul as an embodied spirit, as a piece of a divine thought, of beingness, that has taken form in an interplay and interweaving of other threads of thoughts and vibrational substance. No, we are not here to give you crib notes to the test you have undertaken. We won’t help you cheat your way through by giving you something that you’ve worked so hard to discover yourselves. We will share, however, what we know, and we will help you to see some of the places that you might be avoiding in searching for the answer and in finally revealing it to yourselves. We respect and admire you as the people of this planet, and we don’t have any ideas of undermining what you’ve done so far by preventing you from completing what is it you’ve set out to do.

Now then, you’ve seen a lot of secrets becoming unveiled, if you’ve been clever enough to look into the corners of what you’ve taken to be a pat reality, something that’s been accepted for a long time. Think about the things you’ve accepted and the beliefs that you’ve held as sacred and that you’ve been unwilling to pry your fingers away from. Let them go a little bit. If they’re true, where are they going to go? The truth remains. It takes many forms, and it surprises you sometimes with a little bit of whimsy in its play, as it takes form here and there, to surprise you and jolt you from the comfort of taking a nap in a rut of thought.

So, as you approach the coming weeks and you look back at the past few weeks of what’s happened here on your world, and you think, what’s going on outside of it, a lot is going on and we’ve always been around to take part of what you’re enjoying to gently guide when we can, to play our part in the dimensional interplay of our worlds. As you look at what’s coming, remember that we are co-existent with you. A lot of other realities that you don’t see are co-existent with you. You’ve been catching glimpses of them in different ways. You’ll be seeing a bit more of that. There’s a lot that has been hiding, not to trick you but to allow you to come into the fullness of your understanding on your own.

We’d like to invite you to think about the bend in light that separates us as just a little shift in perception. It doesn’t take too much to breach, and can be understood in a way that will ease your mind as the unraveling of the stories that have held your reality together begin to take a bit more of a rush.

We’re here to help you reweave it, only by maintaining our position of benevolence and kindness toward all of humanity. We’re not here to pick apart what’s going on in your political world. We’re not here to coerce or to urge any kind of thinking other than to encourage you to wake up to your own power of thought unimpeded by schools of thought, unimpeded by others shaping your thoughts.

When things start to dissolve around you in any way, whether that’s in interpersonal relationships or something that you’ve counted on for a long time and suddenly you see that it’s not there any more—these things happen all the time. When they do, realize that the mere illusion of a reality dissolving is nothing more than a movement toward a truth that your soul has put in front of you, removing a veil that has separated you from seeing something within yourself.

We have waited on the other side of a veil for a very long time. As the illusions of that separation begin to dissolve more fervently, we want to remind you that we are steadfast in our love for you. We are yearning for a reconnection with you and are joyously awaiting welcoming you into a greater understanding of what it is to be a galactic human, a personage of the Earth in communication with a network of life beyond the envelope of your beautiful planet. In the days that come, remember this, as you see the slight movement of a curtain here and there, or you see something crumbling in front of you. Allow the change to happen. Be ready to welcome something new in your life as every shift happens, moving you toward a greater communion with your truth, in remembrance with your core of being, that divine thought.

We remain in steadfast friendship with you, in support of what we see as a great awakening. Have faith in your own evolution as individuals and as a human organism of planetary proportion. In peace I leave you now. This is Asket of the League of Light. Until next time, I wish you a very pleasant tomorrow.

The Power of Touch
Become a Patron!

We have 1067 guests and no members online