The Paradigm Shift is Upon You NOW
A+ A A-

The Paradigm Shift is Upon You NOW 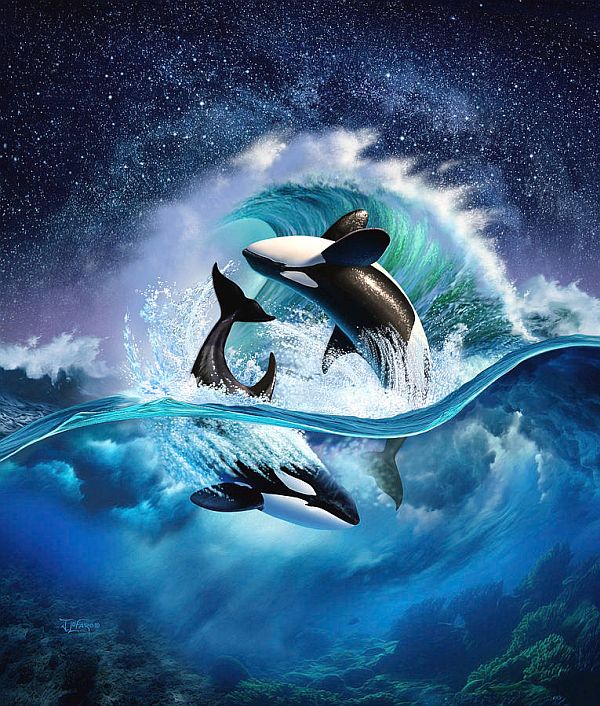 Since the early 1980s, crop circles have become conspicuously abundant in and around the Wiltshire and Salisbury Plain areas of Great Britain, where numerous stone megalithic structures remain to this day. Mysterious markings appear as if by magic in the grain fields throughout the English countryside. They are synchronistically aligned to the sacred sites of Stonehenge, Avebury, and Silbury Hill—all widely recognized as places of celestial attunement. The forms of intelligence that make these geometric shapes do so in a very playful way. Geometry involves more than a subject you take in school; it is, in fact, a form of intelligence. You will discover that higher intelligence often has a wonderful sense of humor. The crop circles are made with sound and have a definite purpose, for they silently speak to the mass consciousness. They impulse themselves onto Earth to alter dimensional possibilities and open doorways and portals for other energies to enter.

These crop-circle glyphs hold their own symbolism and are encyclopedias of information. Your body holds a far greater recognition of the message of the crop circles than your rational mind can currently grasp. The crop-circles speak of many things and truly make symphonies of preparation for Earth’s people. They speak of what is coming and of the great choice that you all must make—the choice of which world you will choose to dwell in. The crop-circle glyphs speed up the evolutionary process and the evolving DNA, calling your spirit to awaken.

Part of the purpose of the glyphs is to pave the way for the mass consciousness to grasp what is inconceivable at the present time. You are not alone. The complexities of the markings will become more pronounced as the glyphs accelerate your awareness of other life forms. Ancient prophecies speak of signs upon Earth and signs in the sky. There is a plan within a plan within a plan. There are friends in the sky and beyond, orchestrating layers of influence over and above what you can conceive of now.

There are combinations of forces within the crop circles, and you will see them as light geometry dancing around in the air. The glyphs create shifts that will bring data to you. Then your challenge is to comprehend this new knowledge and to have your feet on the ground and your head at the top of the universe all at the same time. Can you hold that imagery? You are vast, and you are capable of connecting with the deepest cosmos and grounding it into Earth.

If you look carefully into historical records and manuscripts, you will find that the crop-circle glyphs are not a phenomenon found only in this century. These glyphs of sound and light geometry frequently come and go from the Earth plane. They are one way that communication between life forms is gently being introduced.

The glyphs do more than a ship landing with strange beings saying, “Hey, we are here. Let us give you the scoop.” They confound your scientific community and make them look foolish, which is absolutely necessary—with humor, of course. Your scientists are in a rut, and it is time for humanity to question everything. In particular, it is time to question those who claim to have all the answers. Realities are merging, and Earth is hostess to many unusual events as the ancient sacred sites, the calendars, and the libraries in stone speak. The crop circles act as a herald and accelerator, announcing with intricate and elegant simplicity, “The paradigm shift is upon you.”

Geometry and mathematics, coupled with planetary and star knowledge, are the basis for the construction of dimensional doorways. Knossos on the island of Crete, Stonehenge, the Great Pyramid, the Acropolis, Delphi, Machu Picchu, Tiahuanaco, and many others serve as doorways to other dimensions. These structures, built through the use of sacred geometry, totally confound present-day science.

Light can create certain distortions in realities, and in order to work with light one must bend geometry. What is missing in modern-day architecture is the combination of light and geometry. In other words, the influence of light on the third-dimensional form is not taken into consideration. Your buildings collapse because light is not factored in when they are built. After a while they erode or are destroyed, even if there is no war going on.

There is a mental distortion that prevents geometric structures from anchoring themselves more permanently on this plane of existence. Because your human capabilities are incomplete as linked through your DNA, you cannot mentally assist a structure in maintaining itself into being. All influences, both inner and outer, must be factored in. The elements of earth, air, fire, and water are as crucial to consider as the element of human thought.

Geometry conveys its own teaching as it manifests into physical form. It has an impact, and there is an instant transmission of energy from the forms of geometry into the physical body. This is a gift of the gods to the humans in order to create a higher ideal. The geometry of the gods is transduced into a geometry that exists in third-dimensional form. Shape and size radiate the essence of sacred geometry, creating knowledge transmitted from dimension to dimension.

Perhaps you do not realize that you yourselves have different physical shapes. For example, dolphins are another version of humans. Dolphins exist not only in water, but on land and in the air; they exist in many dimensions at once. A joyous nature is one of their most outstanding characteristics. It arises from a very highly evolved consciousness that knows it is never destroyed, a consciousness that has a deep bonding with its human counterpart who has forgotten and believes that it is destroyed. Dolphins and whales create specific sound vibrations to hold your planet together. Like you, these creatures are descendants of ancient beings from the stars, and they are here to transfer to you, the people, the ancient wisdom and truths for maintaining and loving your planet.

Dolphins and whales are members of the Family of Light, and for eons they have carried frequencies from some of your ancient civilizations. The dolphins of your Atlantean culture were coded before the demise of that civilization and were given much information to retain and pass on genetically and telepathically. They are presently transmitting that information to the human species. They are also giving you a message that is clear: Their quality of life is in question, and if their quality of life is in question, so is yours. They are a mirror for you at this time.

Dolphins are leaving your planet in great numbers. Not only do they beach themselves upon your shores, they also catch themselves purposely in the fishing nets. Dolphins are very smart creatures; they are not victims. They are leaving the planet to you because it is time for you to take stewardship. Animals trust themselves and know that they simply change form when they die. They know there is a new world forming, so many of the species that are becoming “extinct” are actually moving through dimensional frequencies and advancing onto a new Earth as the old Earth is dying.

Countless numbers of you seek to swim with the dolphins because you respond to an inner coding that creates a new vibrational frequency as a result of your contact with the dolphins. This frequency connects you with your heritage and your right to know who you are.

From the Belly of the Transition - Archangel Michael
Become a Patron!